A new era of F1 has officially started and we have finally gotten to see the new cars in action at the 2022 Bahrain Grand Prix. This is what we can take away from the first race of the 2022 season.

Mercedes and RedBull had the fastest cars in the 2021 season by far, with no other realistic challengers for the driver’s title other than Verstappen and Hamilton. The massive change in regulations has allowed all the teams to develop a completely new car which gives them a chance to take up the fight to previously dominant teams like Mercedes and RedBull.

Ferrari took full advantage of this opportunity and developed an absolute beast of a car and comfortably have the fastest car on the grid as of now. With two extremely talented drivers in Leclerc and Sainz, Ferrari looks set for the rest of the season as both drivers will now be able to challenge for the driver’s championship.

Mercedes and RedBull on the other hand, has developed cars that are 3rd and 2nd fastest as of now.

Leclerc lined up P1 with Verstappen right behind him in P2. Both the drivers were attacking each other initially with both of them swapping places multiples times in laps 17 & 18. As more time went by, Leclerc was able to create a gap to Verstappen.

As Leclerc’s Ferrari had a clear pace advantage on the track, RedBull tried to undercut him by pitting Verstappen but failed to do so. Leclerc again built up a gap to Verstappen so RedBull attempted a much more aggressive undercut by pitting both Verstappen and Perez, but again was unsuccessful in doing so, mainly due to time lost in the pits, with Ferrari consistently making faster pit-stops than RedBull.

An engine failure for Gasly late in the race meant that a safety car was deployed. This was Verstappen’s golden opportunity to try and get past Leclerc, however, a poor restart meant that he was not only not able to get past Leclerc, but was also soon overtaken by his teammate, Sainz.

Mechanical issues with his new RedBull Powertrains engine meant that he had to retire in the last few laps of the race. He was not the only victim of engine related issues during the race, with 3 drivers retiring due to engine problems, all 3 using the same engine built by RedBull Powertrains.

The Rest Of The Grid

Mercedes had struggled on Saturday, lacking the pace that their rivals had, with both Mercedes drivers only being able to qualify P5 and P9. They lacked pace throughout the race as well, falling over 40 seconds behind Ferrari at one point. However, they were able to make the most of their situation as a late safety car and two surprise DNFs from both the RedBulls meant that they were able to finish P3 and P4.

Haas impressed everyone this weekend, with their massive investments into developing the 2022 car paying off. Magnussen and Schumacher were able to qualify P7 and P12 respectively. Magnussen was able to finish P5, giving Haas their first top 10 finish since the 2020 Hungarian Grand Prix.

Alfa Romeo was impressive as well. Various problems in pre-season testing were suggestive that they would remain a backmarker team. But to everyone’s surprise, Bottas was able to qualify P6, right behind his former teammate and ahead of Russell, who replaced him at Mercedes. Zhou also impressed everyone by qualifying P15 on his debut. Though Bottas had a terrible start, losing 8 places in the first lap, he was able to fight his way back up the field, finishing P6 with his teammate Zhou finishing P10, meaning Alfa Romeo was able to score double points.

Williams had a good weekend as well, Albon was able to make it into Q2 and both cars finished the race P13 and P16 showing that the team has made a lot of progress over the last few seasons. Alpine, who were running a special pink livery, had a relatively quiet race, both Ocon and Alonso finishing P7 and P9 respectively, bagging important points for the team.

However, not all teams had a positive start to the season. Aston Martin and McLaren have been affected the most by the new regulations.

Aston Martin, who were regular contenders for points last season were not even able to get one car into Q2 with Stroll and Hulkenberg qualifying P19 and P17 respectively. Stroll was able to make up a few positions during the race and was able to finish P12 with Hulkenberg only being able to manage a P17 finish in the end.

McLaren, who had a 1–2 at Monza last season, were not even able to get one of their cars into Q3, with Ricciardo being knocked out in Q1 itself. Both Norris and Ricciardo severely lacked pace throughout the race and were only able to finish P15 and P14 respectively.

Leclerc and Sainz finished P1 and P2 meaning that they were able to get a 1–2 for Ferrari, marking the Scuderia’s first win since the 2019 Singapore Grand Prix. With the best car on the grid, the duo in red looks set to be frequently challenging for wins at all tracks. As of now, it looks highly probable that either Leclerc or Sainz will be the one who wins the driver’s championship this year.

Was The Change Needed?

The 2022 season still has 22 races left with the paddock now headed to Jeddah for the Saudi Arabian Grand Prix. The first race at Bahrain showed us how important it was to give the teams a fresh start, as now multiple teams are in contention for the points and no one knows where anybody is going to end up, making the sport more exciting than ever. 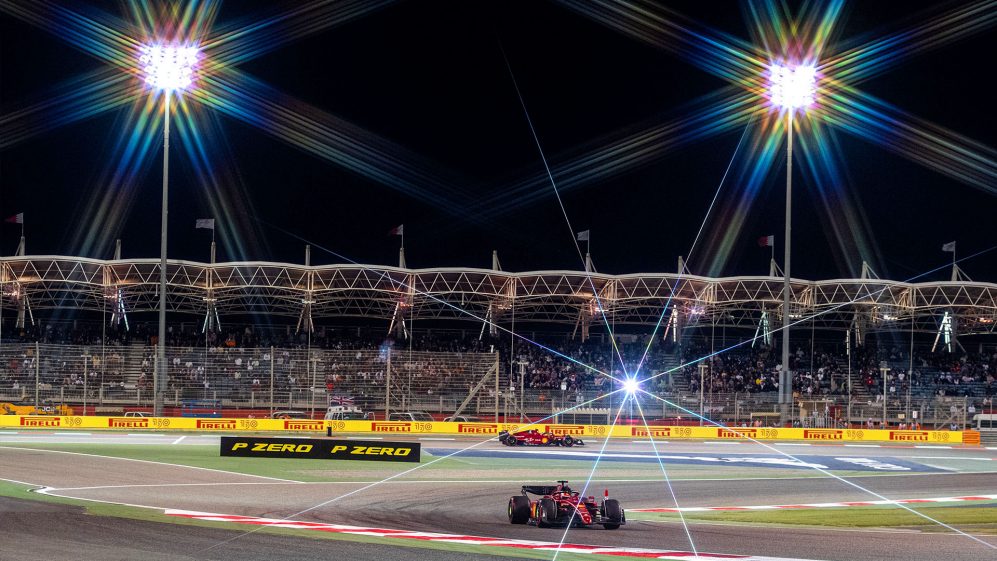