The F1 2021 Brazilian Grand Prix kicks off tomorrow for the first time since 2019, last time out we were treated to a beauty of a race with Max Verstappen winning and 2 drivers getting their first career podium, those being Pierre Gasly and Carlos Sainz. Historically the race never fails to provide the fans with entertainment and some incredible overtaking moves and I’m sure that this year it won’t disappoint either.

Lewis Hamilton’s Charge Through The Field

After Friday’s qualifying, Hamilton had lightened up the timing screens with a stunning lap that saw him take Pole Position and finish near enough half a second ahead of Championship rival Max Verstappen, who qualified second.

However, drama had occurred shortly after qualifying had finished as Lewis Hamilton was called to the stewards due to having an apparent illegal rear-wing, the decision from the FIA was a lengthy one seeing as it was delayed on Saturday and then took place at around midday where a final decision would be made in which would see him disqualified from qualifying and to start at the back of the grid for the sprint race.

In addition to starting at the back of the grid, he would also take a 5 place grid penalty due to having his 5th Internal Combustion Engine this season which would see him be set back 5 positions from the amount he made up from the sprint race.

Fortunately, Hamilton managed to make up a huge 15 places in the Sprint Race seeing him finish in 5th place but starting in the middle of the field tomorrow in 10th. This is a crucial week for the championship as Max could extend his lead by a large margin if Hamilton isn’t to finish on or at least near the podium, not to mention how close it is in the constructors with Mercedes having only 2 points over the charging Bulls.

A Tasty McLaren And Ferrari Fight!

It’s Happening Again! The McLaren’s and the Ferrari’s will yet again be having a close battle tomorrow, despite Ferrari having the better car in the past few races this week, it seems a lot closer between the teams. It appears to be that the McLarens have the better pace but only has 1 driver up there. Daniel Ricciardo has struggled with race pace so far this week and we were given a taster of that in the sprint race.

Tomorrow Daniel will start P11 behind Lewis Hamilton and hope that he can do a lot better than he did in the sprint and score a couple of points to help McLaren in their destiny of getting 3rd in the Constructors Championship.

For Ferrari Carlos Sainz will start 3rd and Charles Leclerc will start 6th just behind rival Lando Norris in 5th.

In the sprint race, we saw Carlos Sainz manage to keep a consistent pace on old soft tyres and keep behind Sergio Perez showing that he really can have a massive influence near the front tomorrow and will also be hoping that his teammate, Charles Leclerc, will be able to get past Norris and assert himself near the front not only helping them score massive points but for a surprise opportunity for a podium.

The last time Ferrari had a podium in Brazil was in 2018 and for McLaren 2019, let’s see if either team will be able to get on the podium tomorrow.

What Role Does Sergio Perez Have Tomorrow?

Tomorrow Sergio Perez will arguably have the most difficult role to play. As well as trying to help Red Bul’s pursuit for the Constructors Championship he will also be playing the role of trying to keep Hamilton behind for as long as possible in an attempt to help Max and create a larger gap to Hamilton.

ALSO READ:  What Happened At The Brazilian Grand Prix?

Keeping Hamilton behind is no easy task as well as trying to focus on your own race. He will also be hoping that he’ll be able to score some significant points to push Red Bull closer to Mercedes if not ahead of them in the constructors. Judging by Sergio’s performance in the sprint race he will face a tough challenge tomorrow, his pace didn’t look significant and he struggled to overtake Carlos Sainz despite being in the Ferraris DRS practically the entire race.

This might be a painful one for Red Bull but the strategy in tomorrow’s race could play a massive part so it’s difficult to assume where Checo will be. In the past couple of races, Red Bull have made some very good strategic calls so let’s see what they have in-store tomorrow. 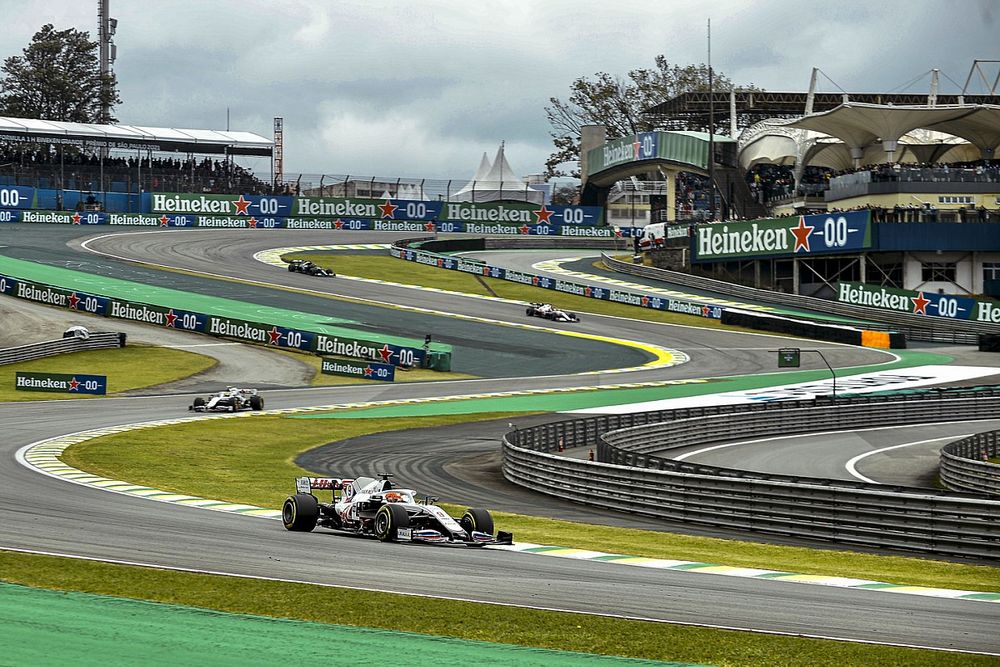