It’s never a nice way to progress through a tournament, as a result of your opponent being forced to retire – but that’s how Ajla Tomljanović made it to the 2021 Wimbledon women’s singles quarter-finals, to face compatriot and WTA World Number 1, Ashleigh Barty.

That opponent in question, was 18-year-old Emma Raducanu – the British wildcard who lit up the grass courts at SW19 with a spectacular performance – on her main draw Grand Slam debut. The teenager had only previously made a maiden appearance on the WTA Tour at the Nottingham Open just last month – where again, she gained entry as a wildcard. She lost to fellow Brit Harriet Dart in the first round, but went into Wimbledon, ranked 338th in the world. In fact, it was down to that appearance on the Tour that she had her status at Wimbledon upgraded – previously she was entering as a qualifying wildcard.

Her full entry was much deserved, and those betting on Wimbledon 2021 couldn’t have predicted she would go on such a run. But sadly, it ended in disappointment for Raducanu who claims after the first set – which she lost 6-4 – that she “started to breathe heavily and felt dizzy”. After leaving the court, midway through the second set, which she trailed 3-0, medics told her not to continue and so it was revealed, she had no option but to retire from the match.

She later took to Twitter to break her silence on the situation:

But Raducanu can be proud of her achievements at the All England Club. She was one of two wildcards to reach the fourth round, and had the best run, out of all the Brits participating in the women’s singles. She had beaten a qualifier in the opening round, in Vitalia Diatchenko – and all three of her matches prior to that fourth-round withdrawal were decided in straight sets. She also beat two top-50 opponents in Marketa Vondrousova and Sorana Cirstea to advance to the last-16.

She has also made her name as a record-breaker – one of four British women to ever reach the fourth round at Wimbledon in the Open Era, but the youngest, at 18 years and 239 days old. Raducanu surpassed the record set by Deborah Jevans in 1979 – who was 19 years and 48 days old.

There’s no denying that she will bounce back from this experience, and the future of women’s tennis looks bright. American Coco Gauff, who’s 17 and playing in just her second Wimbledon tournament, made it to the fourth round as well. While she was up against Angelique Kerber – a former Wimbledon champion, and three-time Grand Slam winner – and lost in straight sets 6-4, 6-4 – since that performance on the grass-court two years ago, she has surged up the WTA rankings to 23rd – a career-high. It’s believed after her own exploits at SW19, Raducanu will see her position soar, guaranteeing a place in the top-185 in the world.

With the women’s singles titles so unpredictable to call, particularly in Grand Slam tournaments, it’s refreshing to see the likes of Raducanu (and for that matter Gauff) taking to the court and challenging. Raducanu has a bright future ahead, and while it may now be the end of the road for her, she will look back at her debut at Wimbledon fondly. 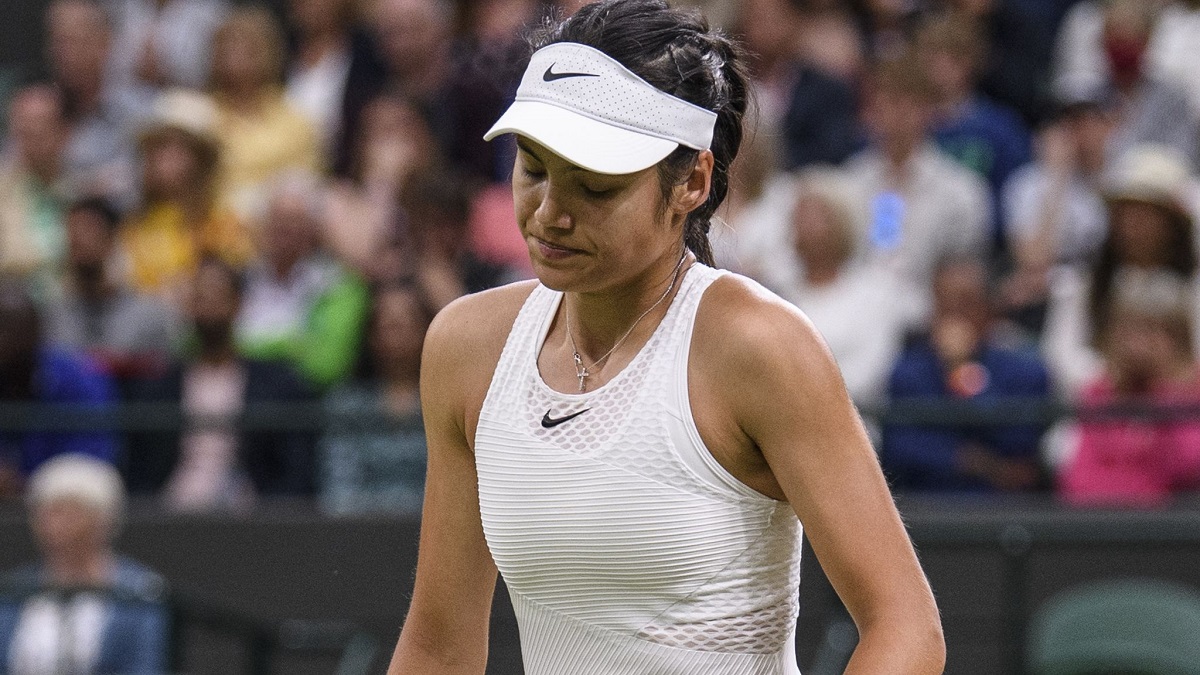