Finally, after nineteen long months, the Masters returned to Augusta National for 2020 with its first-ever showing in the autumn months or ‘Fall’ as it’s called in the US.

First of all, an amazing achievement to get this tournament this year, and although sadly there are no patrons to have a tournament at all is fantastic. It is certainly a unique year, and this has/will be a unique Masters no doubt.

Mother Nature had her say early on though as almost before it had begun we were off for a three-hour weather delay due to a big storm blowing through the area, so another variable to add to many already laid in front of players/caddies/broadcasters, in a year of uncertainty, this was just a small niggle in the grand scheme of things. We had waited nineteen months so another three hours would not hurt, would it?

The deluge of rain left the course waterlogged in places but brilliant drainage meant the course was soon playable once the cell had passed, and with no more to come the brilliant ground staff soon got the course back to its immaculate self and the 84th Masters could properly get underway!!

A lot has been said about Bryson DeChambeau, US Open champ of course after tearing up Winged Foot with his booming drives and muscling of second shots onto the green, and then his extraordinary putting to win by six shots and be the only one under par too, and he had plenty to say before this tournament too, saying stuff like he was going to take Augusta on and his par score would be 67, five shots under the actual par of 72.

Big claims indeed from Bryson, but he had backed up his words in the US Open after saying he was going to rip up Winged Foot, many doubted this, including me, but he soon showed us there, so I decided to reserve judgement on this occasion, although we all know Augusta National is different gravy to most other courses and can make you look silly.

And it made Bryson look rather silly early on, especially on the par 5 thirteen where he made a seven, and it soon became apparent that getting out of position here does not bode well for you, although we already kind of knew this didn’t we, but fair play to him he battled well to make a 70, which by normal Masters standards is very good.

On this day though and after the early morning rain had left the course soft and very receptive to low scoring, this ended up being five back from the lead after a brilliant 65 from Paul Casey, and with over half the field being under par, records were sure to tumble in this one.

It had been worth the wait had not it, some marvellous golf had been witnessed that was for sure.

So what of defending champion Tiger Woods, who had come into this tournament undercooked and totally out of form, so many didn’t expect much from the guy with five green jackets, but this is the Masters and he knows his way around this course and he put together a marvellous round to be three back from Casey at the top, and this was his first bogey-free round at The Masters in the opening round, super stuff from the fifteen-time major winner.

Could he possibly defend his title?

A final word in this article for two of the sixty-somethings competing out there this year, Bernhard Langer, who seems timeless at the age of 63, was only four back at the resumption of play on Day 2 in what was his 37th Masters too.

The German has won 41 titles since he turned fifty on the champions tour, extraordinary.

And Larry Mize, 1987 Green Jacket winner and now at the age of 61, shot 70, the same as Bryson, with an average drive of around 250 yards, just going to show long driving here isn’t really the way to go about things, it’s all about plotting your way around this course, so that was a brilliant round of golf from the veteran.

Anyway Day Two is now underway, with the guys unable to finish their rounds yesterday continuing, be interesting to see how it all looks come to the end of Day Two later on today, should be another exciting day!!! 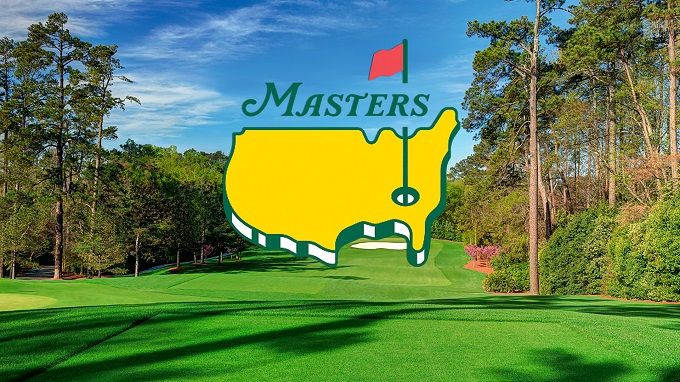