So Sunday at The Masters, always a special day in the golfing calendar, even if this year’s version was a lot different from ones gone before, but no doubt the golf would still throw up many stories and drama as the players embarked on their final rounds for the 2020 tournament.

World Number One Dustin Johnson came into the final day with a four-shot lead and many, including myself, could not see him blowing this lead after three decent rounds had seen him on the brink of his first Green Jacket at the age of 36, and it was very much his to lose we all felt.

Some though said that this is Augusta National on a Sunday and leads have evaporated before, remember Norman in 1996, McIiroy in 2011, and Spieth in 2016?  Yes, a good point some may say, and early on in the final round DJ briefly gave the chasing pack hope when bogeying two holes in succession, meaning his lead was cut to just one, but you still felt he had everyone else at arm’s length.

And when he responded to those two poor holes to birdie the sixth brilliantly, and then see his closest challenger at the time, Sungjae Im, miss a par putt, the lead was back to three and that was probably the pivotal moment in the round and no one really got close to him after that.  Yes, DJ had to scramble quite a bit on the front nine, but he showed champion quality to post a one-under-par front nine and keep himself at arm’s length from the rest of the field.

The chasing pack never really put him under enough pressure if truth be told, and even when he had that wobble at four and five, no one could take advantage, and once DJ got through Amen Corner unscathed he pulled away to put on a show as he strolled to his first Masters title and became the first World Number One to win a Masters since Tiger Woods in 2002.

Woods, of course, was defending champion and he had put together three pretty solid rounds after coming into this tournament undercooked and out of form, but he had the most dramatic few minutes of the final round on the famous Par Three twelve when he took a TEN, yes TEN, to drop seven shots on that one hole, including finding the water three times.  It was scarcely believable.

Fair play to Tiger though who then proceeded to birdie five of the last six holes to finish the right side of par, that was very impressive and shows how good a temperament he still and always had, he does have five green jackets after all and fifteen major titles!!!

Special praise has to be given to Cameron Smith, who became the first player to shoot all four rounds at the Masters in the sixties, that is some feat, and he finished tied second with another impressive player in the shape of Sungjae Im, on fifteen under par (a masters record for a runner up), which in most Masters would have been enough to have won this competition.  They were both up against a guy though playing unbelievable golf right now though who is beating most out there currently.

Dylan Frittelli also deserves a mention, the South African ended T-5 with Rory McIirory in only his second Masters, whilst Rory himself will rue that poor first round as had he put together a decent first round he would have been right in this and possibly challenging DJ down that back nine perhaps. He was four shots behind at one stage but just had too much to do.

Justin Thomas, the World Number Three, ended eight back in fourth place, his best Masters finish, whilst World Number Three Jon Rahm, like Thomas, fell away over the weekend although again like Thomas finished on a decent score and ended up T-7 along with another impressive Asian player CT Pan, and four-time major champion Brooks Koepka, who is getting back to form again after a dip.

Now, the big story coming into this Masters was how Bryson Dechambeau was going to take this course apart and in his words ‘the course is a Par 67 for myself’.

As it turned out he really struggled around Augusta as the course showed him that if you get out of position around there you will pay the price.

Bryson ended his four rounds two under and complained of some dizziness during his rounds, he did have a Covid test after Round One but cleared this, however you do wonder if he is pushing his body too much too quick, he certainly has some thinking to do over the next few weeks.

One of the stories of the week though has been Bernhard Langer, who became the oldest player at 63 years young to make the cut, and he actually ended a shot ahead of Bryson at three-under par, an incredible achievement, with his 63-yard putt on Saturday being a highlight that is for sure.

And also many congratulations to Andy Ogletree, who won the top Amateur for the week by shooting two under par through his four rounds, three of which were played with his idol Tiger, and considering he began his tournament four-over after four holes, it was some comeback from that to see off the only other Amateur who made the cut in John Augenstein, who finished three over after 72 holes.  He was six-under at one point on Day One but it is still a brilliant week for him.

The final word though has to go to DJ, who became the first player to shoot twenty under par at The Masters, two shots better than Woods and Spieth managed when they won, became only the 17th player to win the US Open and Masters in his career, and also the fourth to win a US Open and Oakmont and Masters (along with Nicklaus, Hogan & Cabrera) so pretty good company that!!!

Hope you have enjoyed my articles on the four days of this years Masters, hoping to pen other articles in the future, thanks to World In Sport for giving me the opportunity too do this too. 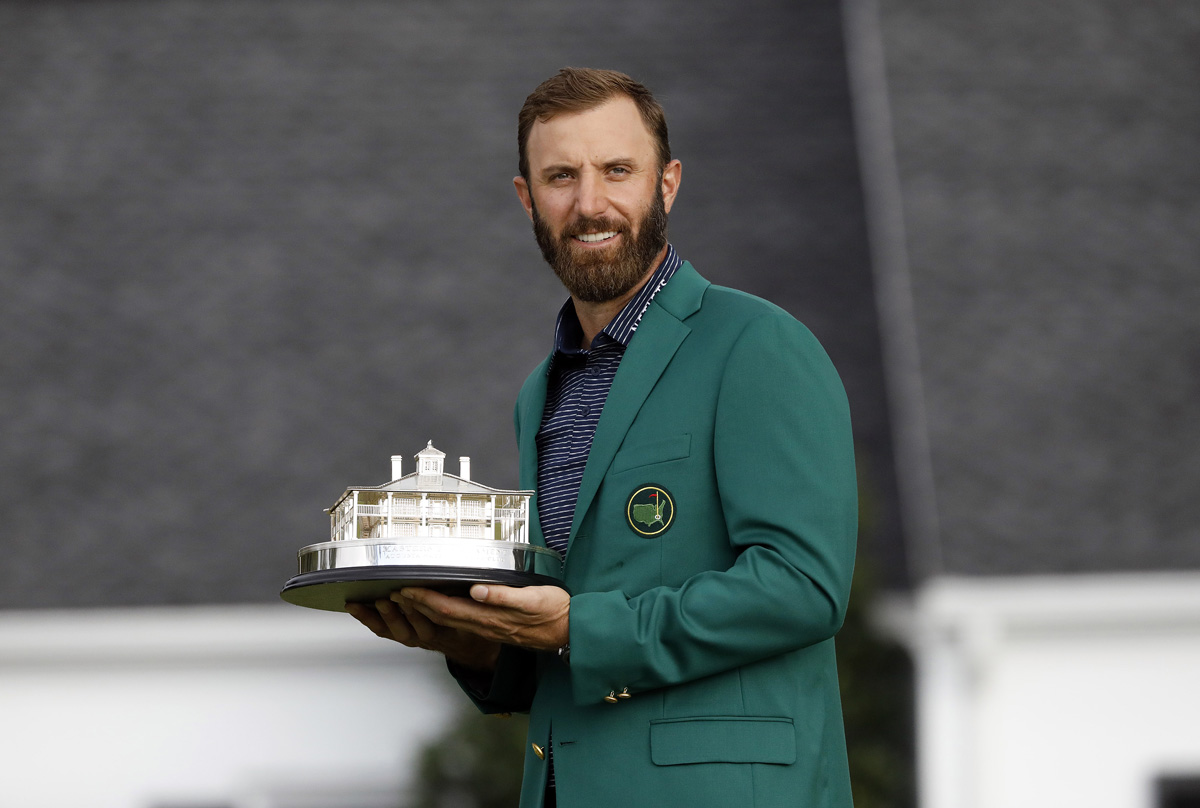