We all love Danny Ricciardo! The happiest guy in the paddock is a recognisable face in F1 due to his engagement with the Netflix series Drive to Survive. Ask any fan, regardless of their favourite, and you can guarantee they will have a soft spot for Ricciardo.

Before he was on the Ellen show and making a name for himself across the pond, Daniel Ricciardo was one of Red Bull’s hottest talents. Out-pacing 4x Champion du Monde Sebastian Vettel when he joined as his teammate in 2014; the loveable Aussie was once considered a future World Champion.

Fast forward eight years and McLaren want to wash their hands of him for a whopping $21 million! So, how did the eight-time race winner transform from an exciting talent in Formula 1 to a driver few want to hire?

I trace the career of Daniel Ricciardo and analyse the highs and lows in a career of what could have been.

A young Daniel Ricciardo started karting aged 9, but his first test in a Formula 1 car for Red Bull in 2009, clocking the fastest time by over a second. He took part in the young driver test at the end of the 2010 season, going faster than the reigning World Champion Sebastian Vettel!

His pace earned him a spot as Toro Rosso’s (now Alpha Tauri) test and reserve driver for the 2011 season. By the latter half of 2011, Red Bull contracted Ricciardo for a seat at HRT. It wasn’t long before he was fully embedded in the Red Bull family, competing for Toro Rosso in 2012 and 2013, beating his teammate Jean-Eric Vergne in the 2013 standings.

Red Bull is a team who loves to promote youth, and soon the father team beckoned. 2014 saw Daniel Ricciardo line up alongside Sebastian Vettel at the championship-winning outfit!

We have often witnessed the decline of promising young drivers during their inaugural season at Red Bull, but Ricciardo shone. At the Australian GP, the season’s first race, he qualified 2nd behind Lewis Hamilton. Ricciardo would have finished in the same position but faced disqualification due to the car exceeding the mandatory fuel limit.

More was to come from Daniel Ricciardo’s season, however. The Canadian GP gave us Daniel Ricciardo’s first race win, with back-to-back victories in Hungary and Belgium. That year, three wins ensured Ricciardo finished 3rd in the championship and that he was the only non-Mercedes driver to win a race that year.

Ricciardo’s talent in 2014 was evident. Winning against a dominant Mercedes and beating his 4x World Champion teammate Sebastian Vettel showed signs of promise.

He also received the Laureus World Sports Award for Breakthrough of the Year in April 2015. Previous recipients of this award have been prominent sporting figures such as Lewis Hamilton, Rafael Nadal, and Jenson Button.

2015 was a less impressive year for Ricciardo, with his new teammate Daniil Kvyat narrowly edging ahead of him in the championship standings at the end of the year. However, 2016 saw him restored to his former glory.

Once again, the Honey Badger finished 3rd in the championship behind the two Mercedes. He achieved his first pole position in Monaco, which took his win away by an extended pitstop. 2016 also saw the birth of the ‘shoey’ as Ricciardo stood on the podium at the German GP.

When the car was good and the opportunity presented itself, you could guarantee Ricciardo would be on the podium. You can only wonder what he would have been capable of in championship-winning Red Bull machinery. Yet a rising star was emerging in F1. One Red Bull was committed to developing as their next World Champion.

The Dawn of Max Verstappen

Max Verstappen’s first win at the Spanish Grand Prix in 2016 alerted the world to his talents. His Red Bull debut proved he was worthy of the hasty promotion from Toro Rosso and gave the team the strongest line-up on the grid.

With two talented drivers comes a significant problem. No matter how equally you pretend to treat them, there is always a favourite. A team needs a number one driver, a star, to win championships- especially if you are competing against other constructors.

Which one do you choose? Verstappen, whose natural gifts guaranteed he would be a future World Champion none day. Or would you choose the proven race winner Ricciardo comfortably established within the team?

The 2018 season highlighted these internal problems within Red Bull. Daniel Ricciardo was on a race-winning streak at the beginning of the season, first China, then Monaco. In contrast, Verstappen suffered from embarrassing mistakes. Despite many prophesising his future World Championship, his crashes showed that he was not the perfect driver yet.

Regardless, Red Bull had Verstappen signed till 2020, exposing their commitment to the driver. They clearly valued Max, backing him as their next World Champion. Not the best environment for Ricciardo to excel.

This tension culminated in a crash between the two drivers in Baku, a visual representation of how tense the situation was between the two teammates. With big money offers from other teams, Daniel Ricciardo announced that he would move to Renault for the 2019 season.

Pundits such as Martin Brundle labelled this as a ‘mistake’ but understandable in Ricciardo’s circumstances.

What if Ricciardo had stayed at Red Bull, however? Would he have crumbled under Max’s pressure? Or would he have thrived off the fight within a team that still seemed to care for him?

Renault seemed like a team on the up, climbing through the mid-field. Daniel Ricciardo was the talented driver they could build their championship-winning project around. Or at least that is what Daniel probably hoped when he moved to the French team.

Finishing 9th in the championship was the reality for the Australian in 2019. A far cry from his success at Red Bull. Fortunes turned in his favour for 2020, achieving two third places for a team that had not seen the podium since 2011. Still, it was no wonder Ricciardo’s head began to turn.

McLaren had offered Ricciardo a seat in 2018, finally poaching the driver for 2021. Ricciardo’s decision made sense. McLaren had significantly improved recently, suggesting they might soon be a race-winning car. With age not on Ricciardo’s side, if he were going to win a World Championship, it would have to be quick.

Furthermore, his teammate Lando Norris was young and inexperienced compared to the then 7x race winner. Here Ricciardo could become number one and build a championship-winning car around him.

Switch to McLaren and his decline

After a few seasons of playing musical chairs, Ricciardo’s game didn’t get any easier. Moving teams offers little consistency, and Daniel struggled to adjust to the McLaren at the beginning of the 2021 season.

Rather than establishing himself as number one, the team belonged to Lando, who scored third places consistently. Most noticeably, the 2021 Monaco Grand Prix saw Norris finish on the podium with Danny Ric languishing outside the points.

The summer break seemed to give Ricciardo the re-set he needed, the McLaren looking pacy and providing a spectacular win at the Italian Grand Prix. McLaren’s first one-two since Canada in 2010! Norris was second to his teammate; although you get the sense Lando was as quick as Ricciardo, team orders prevented a proper battle.

However, restoring glory to McLaren at Monza has not been enough to satisfy CEO Zak Brown. The 2022 McLaren has undoubtedly been a terrible car to drive. Yet, Lando has managed to extract the most out of it with points finishes, out-pacing Ricciardo most weekends.

Zak Brown openly commented against Ricciardo, stating he had not met “our expectations”. It seems Brown is getting impatient, with Piastri waiting in the wings to take that McLaren seat for 2023, despite Daniel Ricciardo still being in contract.

The constant criticism from both Brown and the media forced Ricciardo to release this statement in defence of his seat:

What does Ricciardo do next?

McLaren has offered Daniel Ricciardo a whopping $21 million for him to move aside for fellow Aussie Oscar Piastri. The most likely outcome is that Ricciardo will take the money and move to Alpine. Yet, if the silly season has taught us anything this year, it is to not rely on the ‘likely outcome’.

If he stays at McLaren, it could put Daniel in a worse position than if he went to Alpine. Lingering in a team that does not want him is not the best way to turn his performance around. With McLaren unlikely to extend his contract for 2024, Ricciardo could be left without a drive altogether.

Retirement feels harsh for a driver of Ricciardo’s calibre. Recent results pale compared to a field of highly competitive drivers, but the grid would not be the same without him.

Talk has turned to him moving to another series, such as NASCAR. With McLaren establishing themselves as an outfit in Formula E next season, Ricciardo could drive in this series, banished to the realm of former Formula 1 drivers by the team.

The only certainty is that Ricciardo is not moving up in the world of F1, making his decline ever slower and more painful to witness as any fan of his.

Taking a step back to Alpine seems like the most likely move for Ricciardo. You can only hope the Honey Badger recovers his former form to see his career in F1 in style. 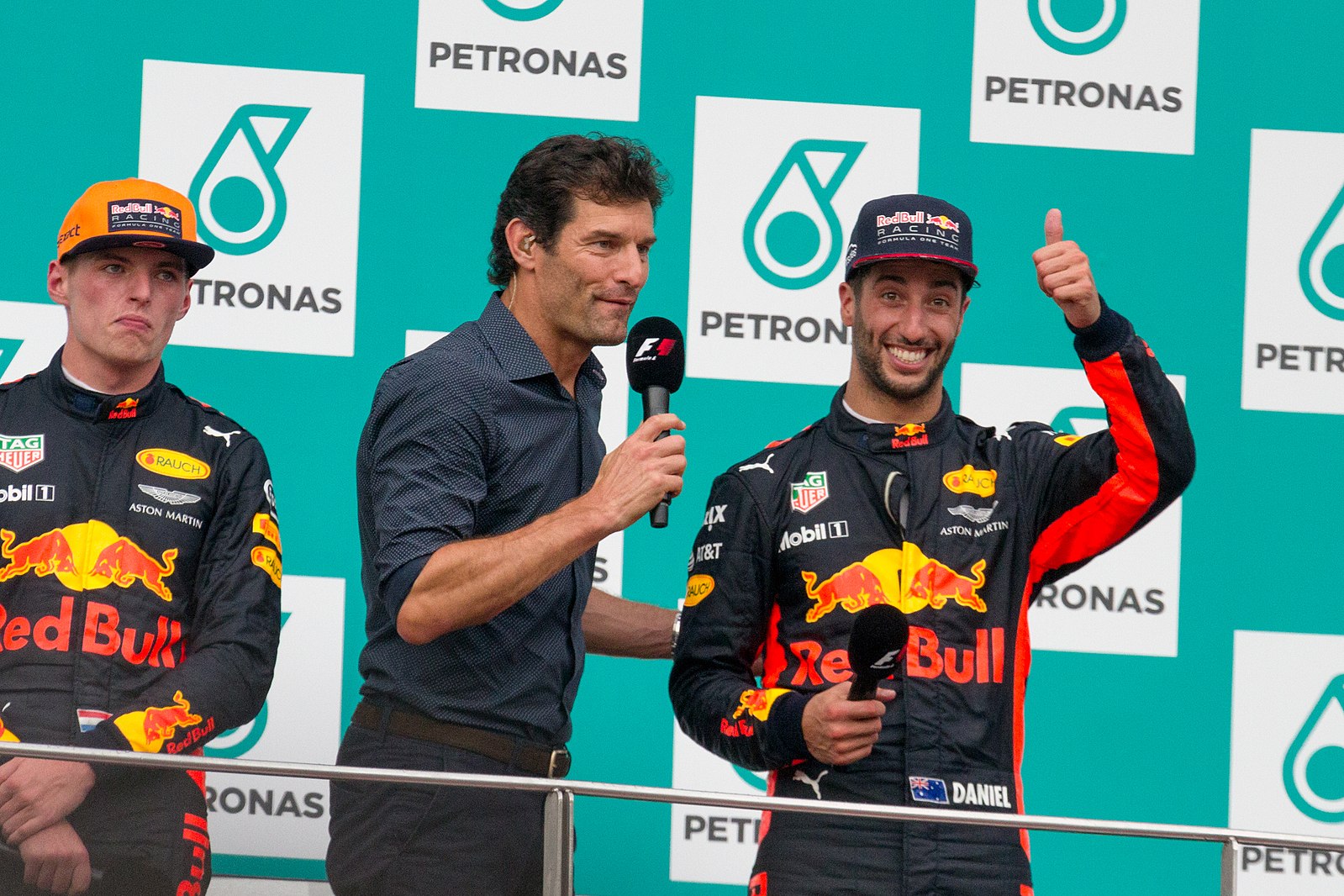