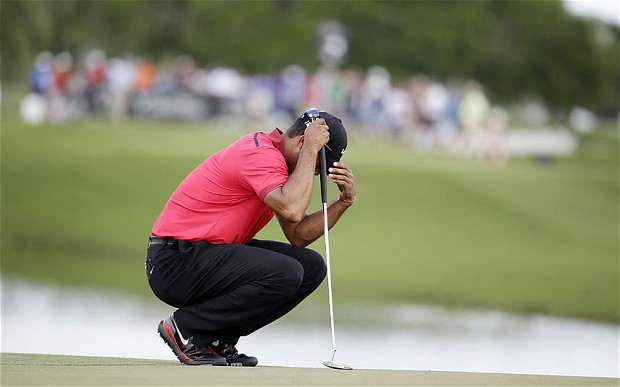 Four times champion Tiger Woods will not play at next weeks US Masters which starts April 4th, Woods is not physical ready to compete because rehabilitation from back surgery has progressed enough to allow him to be ready in time.

The former world No1 and 14-time major title winner hasn’t played since last August, he has had two operations in an attempt to cure the problem. Tiger has had a number of surgeries and a number of breaks from the sport over the last few years and it is now eight years since his last major win.

The American insists he is “making progress” in his recovery but has put no timescale on his return to action, the US Masters has come to soon for Tiger to be out again on the green competing.

“After assessing the present condition of my back, and consulting with my medical team, I’ve decided it’s prudent to miss this year’s Masters.

“I’ve been hitting balls and training daily, but I’m not physically ready. I’ve said all along that this time I need to be cautious and do what’s best for my long-term health and career.

“Unfortunately, playing Augusta next week wouldn’t be the right decision. I’m absolutely making progress, and I’m really happy with how far I’ve come, but I still have no timetable to return to competitive golf.”

Despite not entering the competition, Woods will still travel to Augusta to attend the Champions Dinner on Tuesday night.

“I’d like to express my disappointment to Billy Payne, the Augusta National membership, staff, volunteers and patrons that I won’t be competing,” he added. “It’s a very important and special week to me, and it’s upsetting to miss it. I do plan to attend the Champions Dinner and see a lot of old friends.

“I’d like to thank the fans for their concern and support. The last few years have been difficult, but I have the best fans anywhere, and I want them to know that.”

It is the second time in three years that Woods has missed the tournament after also pulling out in 2014 with a back injury. He finished tied-17th last year.

The 14-time Major winner, who has slipped to 472nd in the world rankings, will attend the Champions Dinner at Augusta National on Tuesday.

has published a new post."Trae Young, Hawks, Notch Victory Over Miami"
2 hours ago