Today is August 23rd, 2020 and there have been some crazy moments in the MLB games. Mookie Betts made Dodgers history, Abreu hits 4 homers in one series and a slightly significant trade took place. All this and more in the MLB today.

Mookie Betts hit 2 home runs and stole 2 bases today, making him the first player in Dodgers history to do both in one game. He leads the Dodgers to another win today, improving their record to 22-8. They have a .733 winning percentage and are the best team in the league to this point. Amongst the two Mookie honers were 5 more Dodger home runs. Corey Seager also hit a solo homer and the tie was broken in the fourth inning with an Enrique Hernandez three-run blast. Cody Bellinger, Max Muncy, and Will Smith added to the Dodgers lead with home runs themselves. 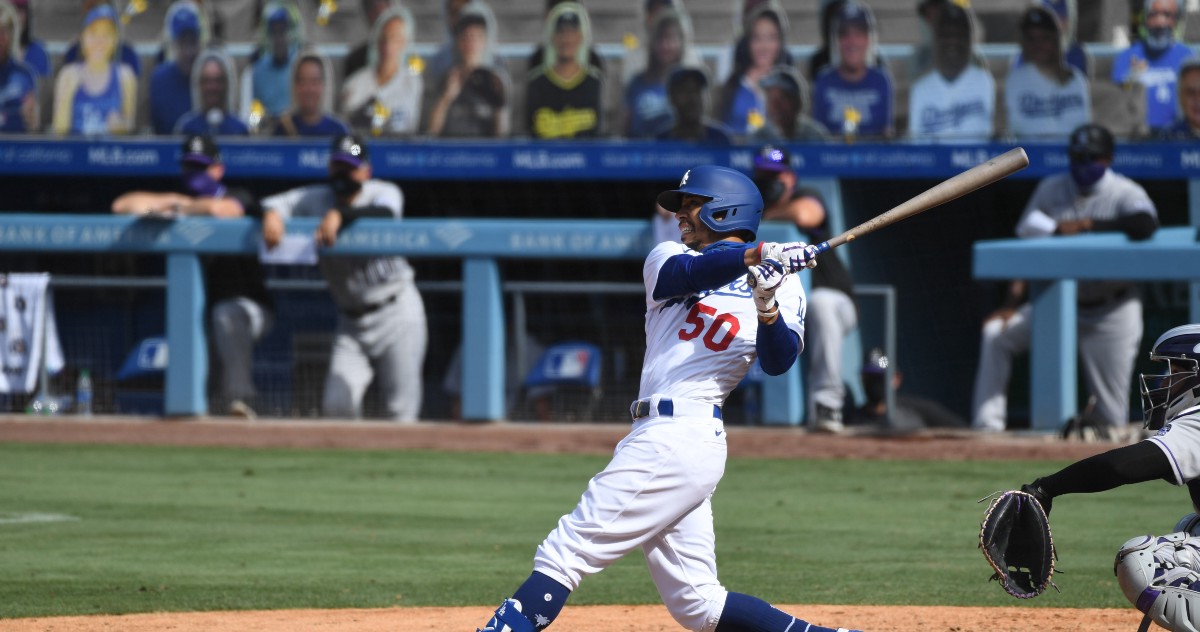 The closest team to the Dodgers are the best team in the American League, the Oakland Athletics. The Athletics have a 20-9 record with a .690 winning percentage. A very rare play happened in the game between the A’s and Angels today when Ramon Laureano got hold of a blooper by Mike Trout and fired it to second to get Tommy La Stella out. This would not be too rare of a play had the Athletics second basemen or shortstop been covering second. However this was not the case, it was actually A’s pitcher Frankie Montas covering second. This made for an 8-1 putout at second base, which is almost unheard of. 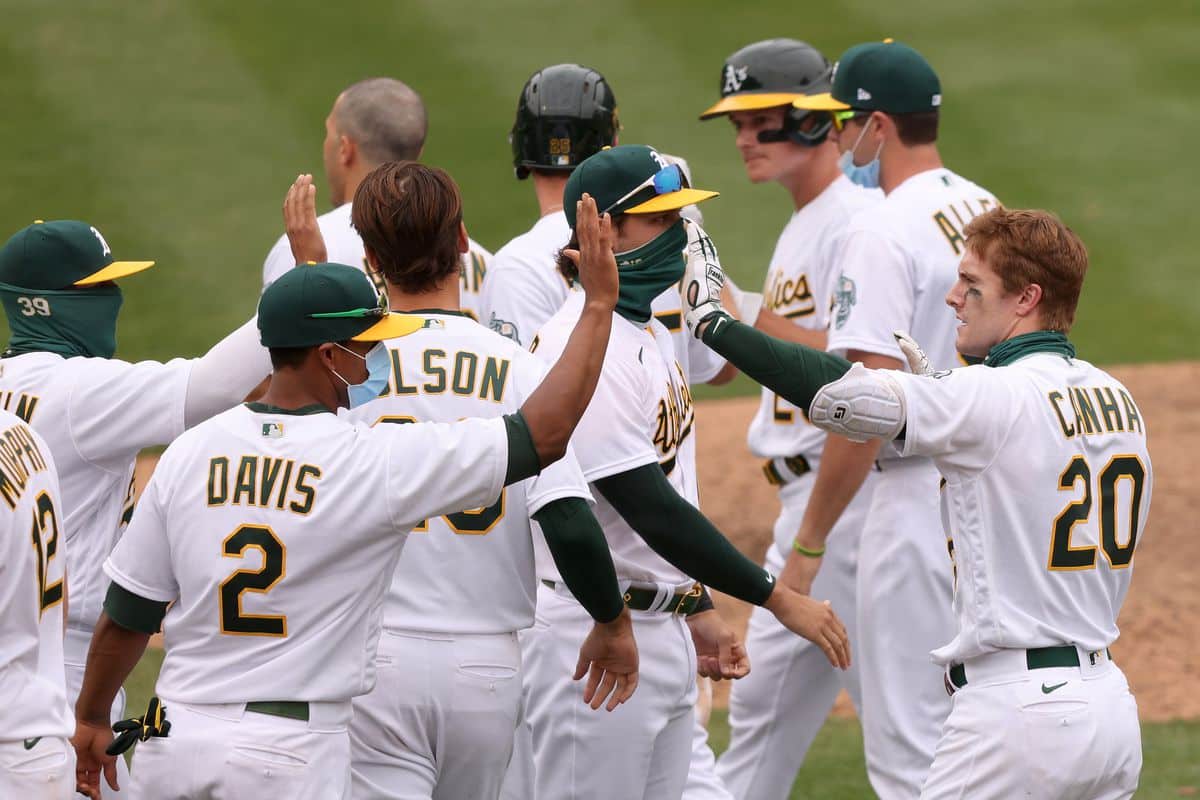 Jose Abreu also made history this weekend by being the 43rd player in MLB history who has hit home runs in 4 straight at-bats. Earlier this year Matt Olson had 7 homers counting as all 7 of his previous hits, this is not the same because Olson had at-bats in between the home runs where he recorded an out or walk. Abreu did this without getting out or walking, which is impressive because for 4 straight at-bats he got up to the plate and hit it out of the park. 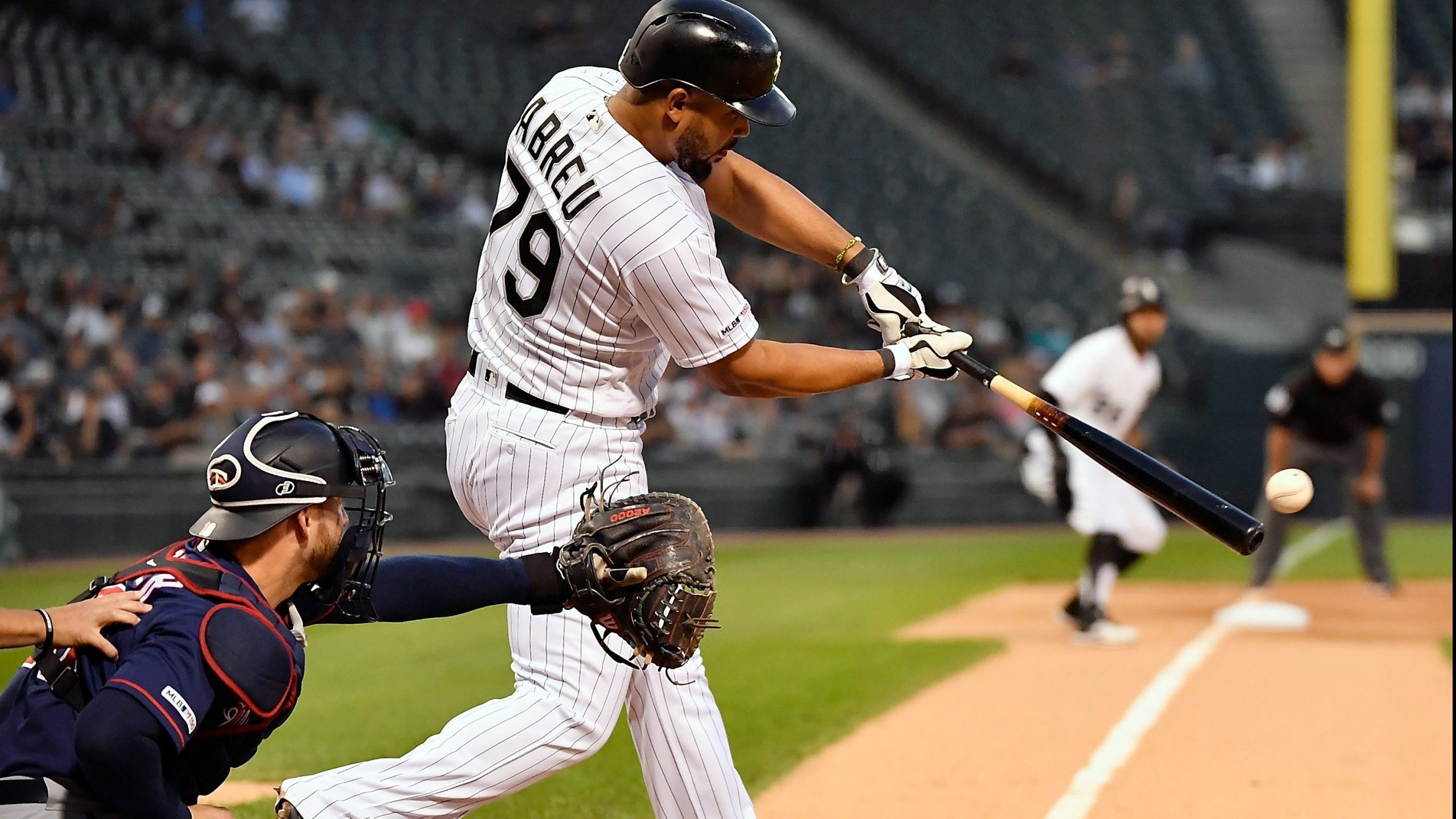 The New York Mets have not played since Wednesday night in Florida against the Miami Marlins. Thursday afternoon, it was announced that the Mets had a player and coach test positive for the Coronavirus. This lead to the Mets not being able to play Thursday night or Friday, Saturday, Sunday against the Yankees. They have an off-day Monday and hope to return to action Tuesday with a lack of additional positive tests. They are supposed to play the Marlins again from Tuesday to Thursday, and the Yankees “again” from Friday to Sunday. They need to make up a total of 4 games, as of Monday morning.

Daniel Vogelbach was a very exciting player to watch in the 2019 MLB season, is one of the few shining spots in the Mariners lineup. He was loved by fans, yet he was just traded to the Toronto Blue Jays. He was an all-star in the 2019 season too, after breaking out with 30 homers. After a slow start to this season, he was designated for assignment on Wednesday. The Blue Jays are sending cash considerations to the Mariners for Vogelbach.