Free agency is one of those special periods during the calendar year for NBA fans. Some of them are lucky enough to support teams who are always in play for a high-profile player, others know they will only be able to sign whoever is left once the frenzy over the best of the best dies down, and no matter what team you support, there is nothing worse than offering a long rich contract to a guy like Jerome James or Charlie Villanueva.

LaMarcus Aldridge was the biggest free agent to change addresses this summer (taking for granted that LeBron re-signs with the Cavs) and one day he could make our top five.

But before we see how successful he becomes as a Spur, let’s take a look at the players who moved in free agency while being atop of their game, and achieved the most success as a result of that.

Here is a list of the top 5 players in NBA history to change teams in free agency:

After spending 18 seasons with the Utah Jazz (all of them alongside fellow Hall of Famer John Stockton), Karl Malone answered Shaquille O’Neal’s call to sign as a free agent with the Lakers in search of that elusive championship ring. The Mailman was still unbelievably productive even at that point of his career, coming on the heels of 17 straight seasons scoring 20+ PPG.

He couldn’t get the ring as the Lakers imploded during the Finals at the end of a tumultuous season which saw Kobe Bryant face rape allegations, feud with Shaquille O’Neal, Phil Jackson and his teammates and saw iron-man Karl miss 40 games to various injuries (he had missed a total of 8 games in his first 18 seasons) but his amazing longevity and his presence on the floor put him in our rankings.

(During his final NBA season, the Mailman became the only player in NBA history to record a triple-double after his 40th birthday as he posted 10 points, 11 rebounds and 10 assists in a game against the San Antonio Spurs).

Dwight Howard went over the course of two full seasons from arguably the best center in the NBA and generally a well-liked player to a perceived man-child who threw his team under the bus and forced his way out of Orlando AFTER signing an extension and presumably deciding to stay and AFTER forcing them to fire their head coach, to a third-wheel on a dysfunctional Lakers team where Kobe Bryant’s ego was larger than the collection of talent around him, and Mike D’Antoni’s system made little-to-no use of Howard’s post game (mechanical as it may be) and forced Pau Gasol to shoot 3s.

It was no surprise then that Dwight didn’t want to stay in LA to be Kobe’s sidekick (and it looks like a pattern in this summer’s free agency as well). But worse than that, a number of shoulder, back and knee injuries have limited Dwight to a shell of his former self – still an All-Star caliber player capable of getting a double-double on a nightly basis but no more than a top 5 center in today’s league. This is why he ends up at number 5 in our list.

Tracy McGrady was a fascinating talent in Toronto who was drafted in the lottery straight out of high school. Unfortunately for Raptors’ fans, he didn’t wait to grow alongside his cousin Vince Carter in Canada but instead opted to have his own team in Disneyland.

Even the bravest McGrady believers probably didn’t expect his scoring outbursts with the Magic – T-Mac went on to win two straight scoring titles breaking up Allen Iverson’s streak, and his average of 32.1 PPG in 2002/03 was the highest since Jordan’s first retirement. T-Mac had more strong seasons in Houston (where he landed after a trade) and then declined even more rapidly than he came onto the scene as a young buck.

When Steve Nash made the move from Dallas back to his first NBA team, he was already an established All-Star player. But nobody saw him as an MVP type of player. He went on to win back-to-back MVPs leading historically efficient offenses in Phoenix both with and without Amare Stoudemire and became one of the best free agent signings of all time.

Nash perfected his game as a pick-and-roll player who gets his teammates involved and is a deadly shooter with unlimited range. Many people love to bring up the fact that Nash started his NBA career as Phoenix’s 3rd string point guard behind Jason Kidd and Kevin Johnson but he ended up with more individual accolades than both of them. 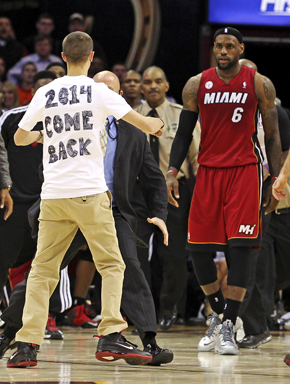 Some of you may have expected to find LeBron James topping this list but he still has some ground to cover to catch up with the player ahead of him. It is impossible to deny that both times LeBron took his talents to a different team through free agency he was in his absolute prime, and that makes him one of a kind in NBA history among the absolute greatest players of all time. LeBron has a unique active streak of five straight Finals appearances spanning across the two franchises he has called his own but his record is 2-3 in those appearances.

He didn’t win a title until his second year with Dwyane Wade (and Chris Bosh) in Miami and he is yet to win in Cleveland (which doesn’t say much since it’s only been a season, and the team was decimated by injuries to their second and third best players during the playoffs).

Should LeBron manage to take the Cavaliers to the Promised Land, he could easily climb atop of our list where someone even more dominant than himself has more rings as a result of his movements in free agency. 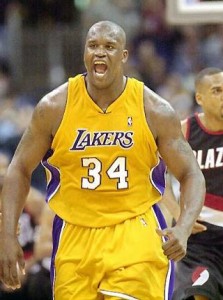 Some may find it controversial that LeBron James is not on top of this list but he is yet to achieve the success that Shaq had as a result of his decision in free agency (even though he still has a lot of time ahead of him to finally bring the city of Cleveland the long-awaited trophy). Shaq’s significant move was from Orlando to LA when he was already a force of nature. The amount of success that he had with the Lakers puts him just ahead of LeBron James.

Shaq led the Lakers to three straight titles with Finals MVPs in all three, posted absolutely astonishing stats in all Finals games during that period (in each of his team’s 15 Finals games between 2000 and 2002 Shaq scored AT LEAST 28 points, got double-digit rebounds and shot better than .500 from the floor); won a league MVP, a second scoring title (his first was in Orlando) and a league-wide acknowledgement as the most dominant force in the NBA.

Shaq could (should?) have won more in LA with a teammate like Kobe Bryant but a clash of egos broke up what could have been the greatest 1-2 punch in NBA history.

The author Bojidar Bojikov can be reached for comments or suggestions at bbojikov@gmail.com and also tweets: @bojikov 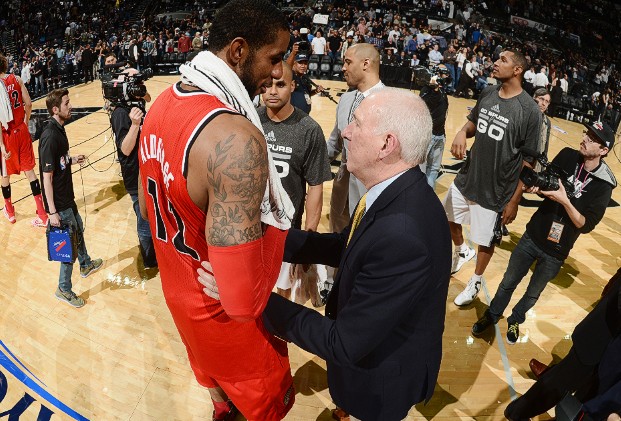