COTA arrived back for the second year running after missing out in the 2020 season, and this year it sure didn’t disappoint, we were gifted with daring overtakes, wild crashes, and pitstop drama!

Max Verstappen after wheel-to-wheel racing with the Brit, Lewis Hamilton, in the closing laps of the race, claimed victory here for the second year running, capping off Red Bull’s constructor’s campaign with a win, their last time being back in 2013, as well as Max equaling the record for the most victories in an F1 season.

Carlos Sainz claimed pole position on Saturday with a stunning lap that saw him start on the front row with Verstappen beside him. However, Verstappen wouldn’t be the person he would have to look out for on race day.

George Russell who started the race in fourth place made contact in the first corner with Sainz after avoiding his team-mate and essentially having nowhere to go which led him to plunge into Sainz’s sidepod at the beginning. Ferrari claims that due to the contact Sainz ended up having a water leak issue which lead to his retirement after lap 1.

After the steward’s judgment, they would ultimately end up awarding Russell with a 5-second time penalty. Russell would end up finishing the race in 5th place behind Sergio Perez.

This weekend definitely wasn’t what Bottas had hoped for, he qualified P10 in qualifying which he saw could be a potential to score points, something that Alfa Romeo has struggled massively with since reconvening after the summer break.

Well, during the race it didn’t get much better, Bottas had spun the car into the gravel towards the end of the lap and was stuck which left the FIA with no choice but to bring out the safety car, fortunately, this week we had no crane shenanigans going on and were safely able to remove the car and simply continue on with the race.

With the safety car coming out it had triggered lots of activity within the pitlane, massively benefiting Charles Leclerc alongside Sebastian Vettel, both of which hadn’t pit and would go on to benefit their race massively.

Alfa Romeo still retains their lead over Aston Martin in the constructors, but only by 3 points! USA was a bad weekend for them, but they will be looking forwards and hoping to score some points in Mexico.

After Bottas had brought out the safety car, the restart consisted of some serious drama, on the long back straight with all the cars closely together, Fernando Alonso and Lance Stroll had a massive crash heading into the corner.

Fernando attempted a move on Lance which saw him pull out on the straight to try and overtake which led him to go straight into the back of Lance, punting himself into the air with only two wheels remaining on the floor. Meanwhile, the Canadian’s rear tire was punctured sending him into an array of spins on the straight.

Many fans have had conflicting ideas of whose fault the crash was, some say that Alonso made too late of a move and went straight into Lance’s rear, whereas some others say that Stroll moved too late under breaking, causing Alonso to go into the back of him.

Ultimately, the stewards will have the final say and they have said that they will be investigating it after the race, and if a penalty is awarded, it will most likely consist of a grid penalty heading into the Mexican race weekend.

Battle Of The Damaged Front Wings

Over the course of the race we saw 3 drivers ending up driving with a damaged front wing, we saw Sergio Perez, George Russell as well as Lando Norris.

Both drivers would end up being each other’s main competition for the remaining of the race, however, with Russell having a 5-second time penalty it did mean that the Mexican had a further advantage over his competitor.

Perez would end up finishing P4 after passing him and then the Brit pitting for Soft tires on the penultimate lap in order to attempt to steal the faster lap off Max Verstappen.

Bar the last-lap overtake from Sebastian Vettel it was a pretty dismal race for Aston Martin.

With both their drivers at the beginning of the race looking extremely confident, as well as what looked to be the team securing a safe P6 and P7, it all went horribly downhill for them after the safety car period.

After Lance had ended up crashing out it meant Vettel was the only driver left to score them some points. Vettel would go on momentarily to be leading the race giving him 3500 laps led in his career, much better than retiring and being left with 3499!

However, after the high came the low, with Vettel having to pit for his second set of tires and Aston Martin having a poor pitstop, it meant Sebastian was practically out of any chance of obtaining P6 or maybe higher, it was a big blow for the team considering they are having their close battle with Alfa Romeo, and are playing catch up which now means they will have to exceed in the remaining races of the season.

Yet the USA was not all doom and gloom for Aston, Vettel had caught up to the field and showed everyone that he still had that racing spirit in him despite his retirement, with a last-lap move on the Haas of Kevin Magnussen, it secured a P8 for the team.

2 Championship points could be what determines if they end up getting P6 in the Championship, or not.

With both Championships now officially wrapped up, it now means for the remaining of the season we will have to keep a close eye on the other team that is fighting on the grid for their retrospective positions in the Championship, The USA certainly didn’t disappoint and we look forward to the remainder of the season.

Leave your thoughts and comments down below, what did you think of the United States Grand Prix? 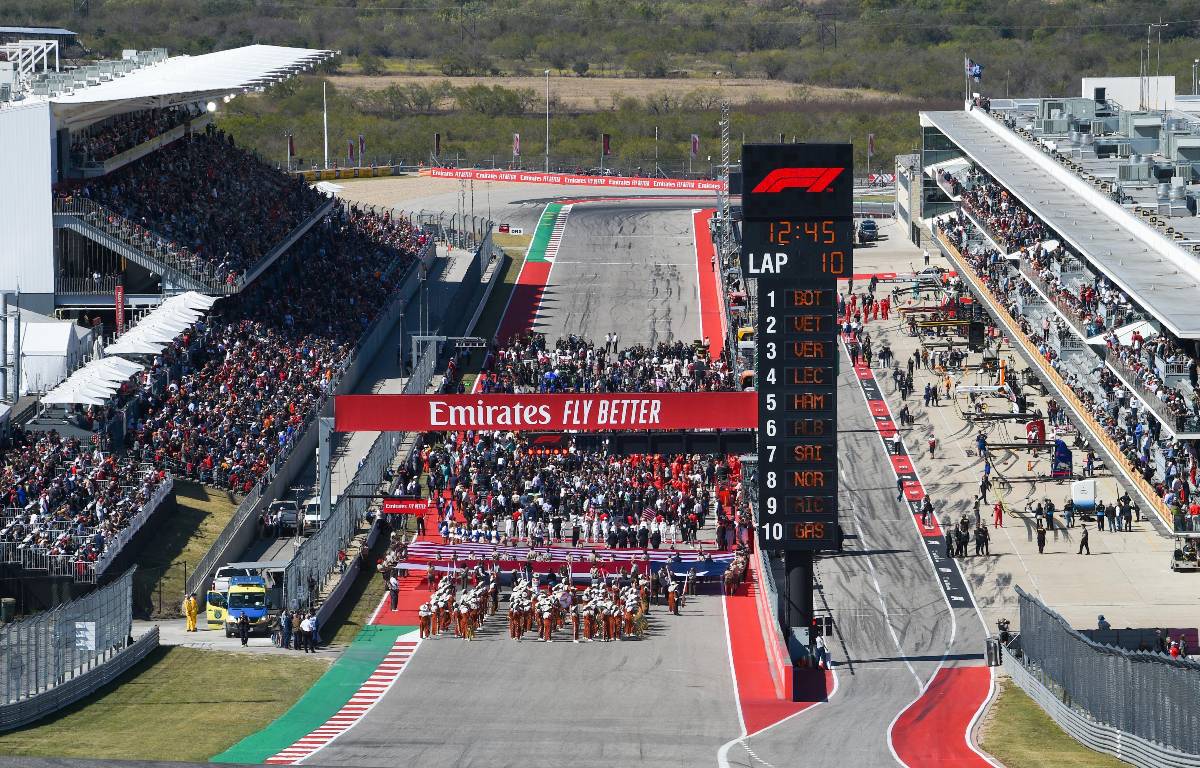