Manchester City have progressed into the round of 16 in the Champions League and top Group A, after coming from a goal down to win this Matchday 5 encounter at the Etihad. The victory for Pep Guardiola’s side comes amid speculation that Mauricio Pochettino could leave PSG in favour of managing rivals Manchester United.

City began the game on the front foot in a one-side attacking display, forcing PSG’s backline to defend impressively to keep the match level. But it was City who conceded the first goal of the match against the run of play after a devastating finish by Mbappe.

Manchester City replied with goals from Raheem Sterling and substitute Gabriel Jesus to get the win, qualify for the knockout stage and top their group with one game to spare. Despite the defeat, it was a good night for PSG, who also qualified with news that RB Leipzig had thrashed Club Brugge 5-0.

How it all unfolded…

The first opportunity of the game fell to Manchester City when Rodri’s looping header was cleared off the line by Kimpembe after Mahrez whipped in a dangerous ball from a free kick.

Moments later, the PSG defenders were again called into action as Mahrez’s shot on goal was cleared by Achraf Hakimi with an impressive header to keep PSG in the game.

City continued to create chances with Pep Guardiola’s side pressing high up the pitch, forcing PSG into errors. This eventually lead to Ilkay Gundogan striking the post with a powerful effort after PSG failed to deal with Cancelo’s threatening cross.

PSG still posed a threat on the counter-attack with the likes of Messi, Neymar, and Mbappe looking to cause problems. Manchester City defender John Stones was caught in possession on the halfway line leading Mbappe to be played through by Neymar. The Frenchman, under pressure from Walker, was forced to take his shot early, and it sailed over the bar.

Despite City’s dominance, it was PSG who stole the lead in the second half. Some intricate passing down the left-hand side presented Messi with the opportunity to cross the ball into the home side’s area where it fell kindly to Mbappe, who cooly slotted the ball between Ederson’s legs to give PSG the lead.

ALSO READ:  United qualify for the knockout stages of the Champions League with a morale-boosting victory over Villareal
Embed from Getty Images

It didn’t take long for Manchester City to level the game when Kyle Walker’s cut back across goal fell to Raheem Sterling who, on the stretch, tapped the ball in from close range to equalise.

City came close again when PSG goalkeeper, Navas was forced to parry away a Gabriel Jesus’ effort after Bernardo Silva’s through ball played him in on goal. At the other end of the pitch, Neymar had a great opportunity to get on the scoresheet but failed to complete a wonderful PSG move after his shot went wide.

The comeback was complete when Bernardo Silva’s superb lay-off from a Mahrez cross fell to Jesus, and the Brazilian striker opened his body up and slotted the ball in the back of the net.

After the game Manchester City boss Pep Guardiola said “It was unfortunate in the first half the chances we had we couldn’t convert and, from nothing, they have the quality to do it. After the goal we suffer for five-ten minutes but, after that, with our people – thank you to how they supported us – it was a lovely night for us.”

“Always I believe with these type of players [Messi, Mbappe, Neymar], as far as they are away from our goal, we are safer. The much closer they are, they found the space.”

PSG manager Mauricio Pochettino was gracious in defeat: “Yes, disappointed but at the same time, City, in the first half, they played well, and they forced us to play deeper. They were very aggressive. Being honest, I think we need to give the credit to Man City.”

Both Man City and PSG have qualified into the round of 16 of the Champions League, with City facing RB Leipzig and PSG hosting Club Brugge on Matchday 6. In the Premier League, City are at home to visitors West Ham this Sunday. Kick-off 2 pm BST. 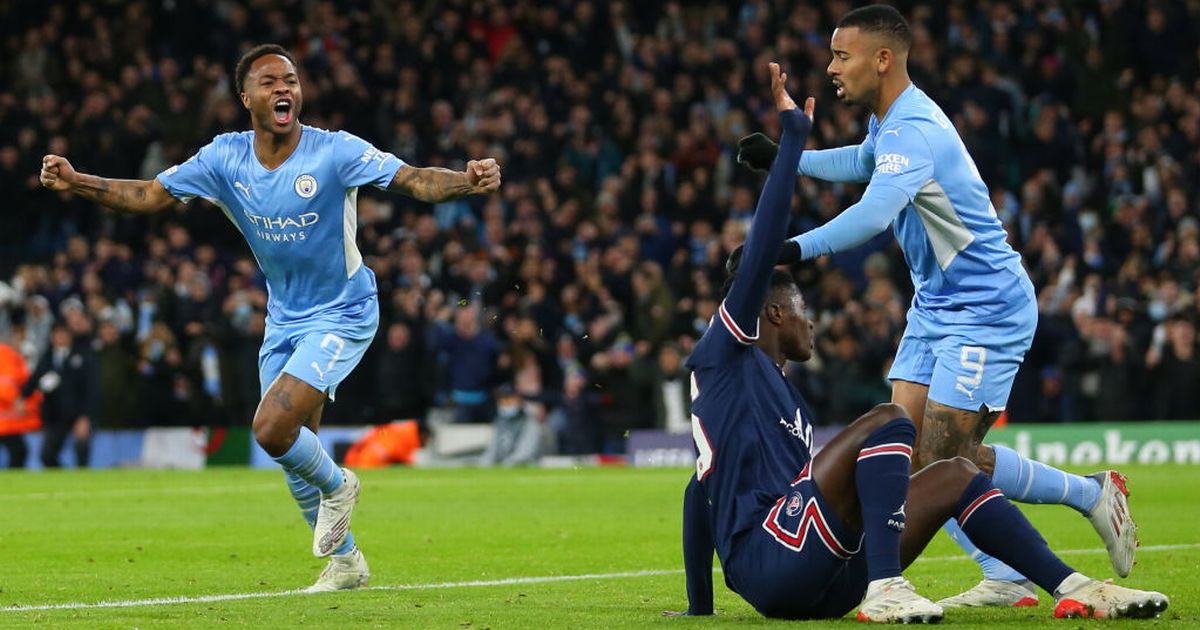