First up was Hubert Hurkacz against Matteo Berrettini. Hurkacz came into the semi-finals feeling confident after dispatching Roger Federer in straight sets 6-3 7-6 6-0 in his quarter-final match. He also knocked out second seed Daniil Medvedev in the round of 16 in five sets on his way to Federer.

Berrettini didn’t drop a set until his quarter-final match where he came up against close friend Felix Auger Aliassime. Berrettini would triumph in four sets in a well-contested match to set up a clash with Hurkacz.

In the first set, Hurkacz had a breakpoint opportunity to go 4-2 up but he couldn’t convert and Berrettini would hold to make the score 3-3.

An amazing cross-court forehand by Berrettini at 3-3 saw the Italian go 15-0 up in the seventh game on Hurkacz’s serve. Berrettini broke to take a 4-3 lead and a further break of serve in the ninth game saw him claim the first set 6-3.

A tight third set would see the two players go to a tie break. Hurkacz came out on top 7-6 (7-3) moving the match into a fourth set.

Berrettini broke Hurkacz in the first game of the fourth set and both players held serve from there, Berrettini winning 6-4 in the fourth. With his win, Berrettini reaches his second final in as many tournaments, after his win at the Queen’s Club Championships, and becomes the first Italian player to compete in a men’s Grand Slam final.

It will be an action-packed day of sports for Italy tomorrow with the Wimbledon men’s final during the day and the European Football Championship final later in the evening at Wembley Stadium.

Shapovalov started off the match extremely well, breaking Djokovic in the third game after a superb cross-court backhand on his third break point opportunity. Holding his serve to love in the following game he consolidated the break to take a 3-1 lead in the match.

In the fourth game of the second set, Djokovic fended off three straight break points as he faced the prospect of going 3-1 down to Shapovalov. He would win a further two consecutive points to hold his serve and stay ahead in the match.

A double fault at 30-40 and 5-5 in the second set from Shapovalov would see Djokovic take a 6-5 lead and have the opportunity to serve it out to take a two-set advantage against the Canadian. Djokovic made no mistake and took the second set 7-5.

Shapovalov had two break points in the second game of the third set but couldn’t capitalise and Djokovic would, once again, hold serve. Djokovic broke Shapovalov’s serve in the eleventh game of the third set and served out the match to win 7-6, 7-5, 7-5 in a very close battle. An ace, from Djokovic, to serve out the match capped off a stunning performance from the Serbian.

Djokovic is now the sixth man in the open era to win twenty consecutive grass court matches at Wimbledon. Tomorrow he will play in his thirtieth Grand Slam final and have an opportunity to tie Rafael Nadal and Federer on twenty Grand Slam singles titles, with Berrettini the only man left standing in his way. 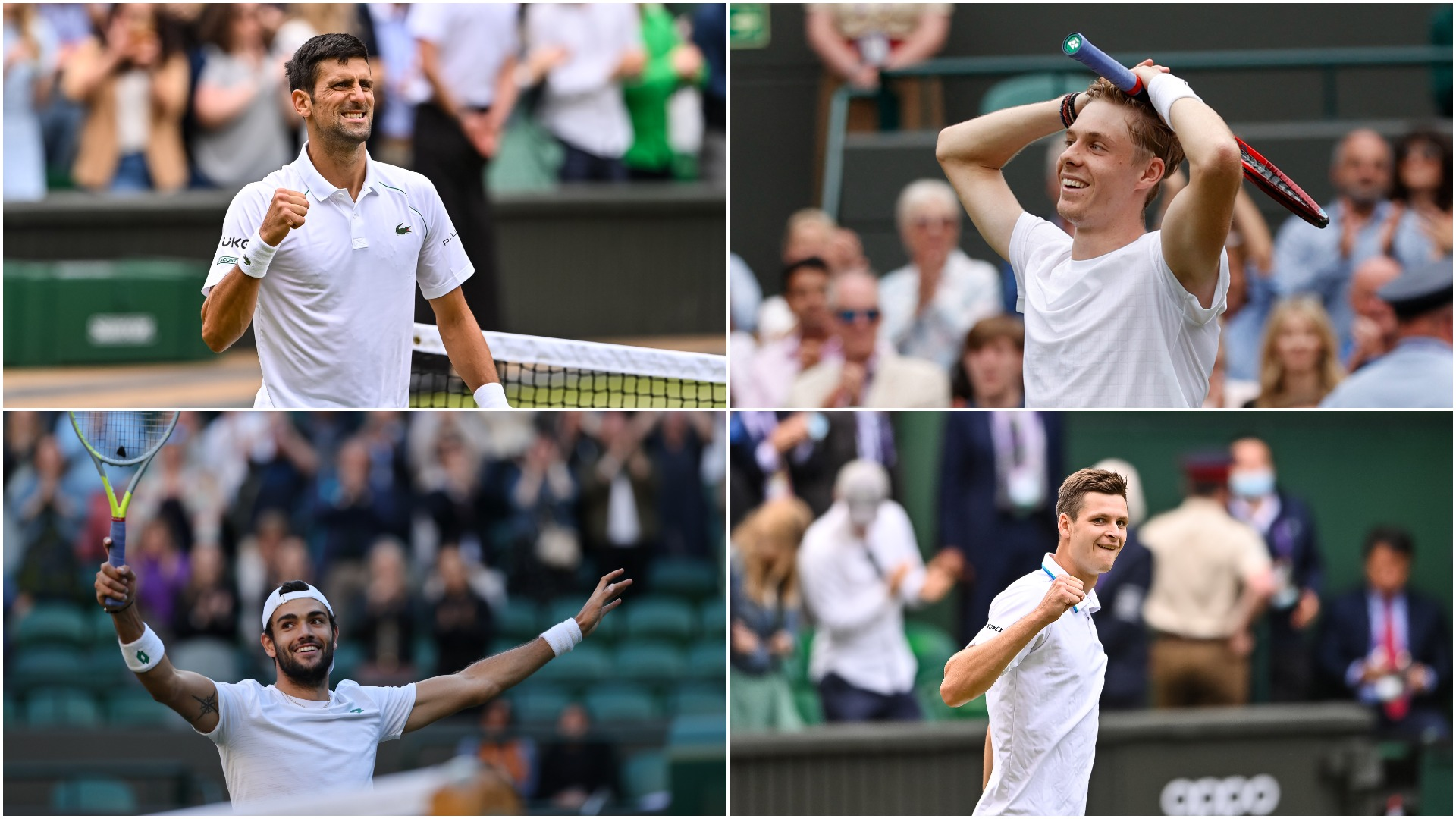