Conor McGregor and Dustin Poirier will climb into the octagon for the third time at UFC 264. While this is the main event and the most highly anticipated match of the evening, there is a lot more to be excited about on the main card. T-Mobile Arena in Las Vegas has become one of the most popular venues for major UFC events; this weekend’s pay-per-view event will be held there. Fight fans will certainly want to tune in to all of the exciting action. Without further ado, let’s get into it!

Before he’d ever won a UFC title, Conor McGregor enjoyed a breakout performance against Dustin Poirier in 2014. Before the two of them stepped into the octagon, Poirier swore he’d never disliked an opponent as much as he disliked McGregor; he vowed to take out his disdain for “The Notorious One” in front of the fans in the building and those watching around the world. Unfortunately for Poirier, things did not work out that way. He suffered a first round TKO against his opponent and the biggest setback of his career.

Fast forward to January of this year. Things have changed dramatically for both men. Poirier has managed to get his career back on track and become one of the most respected fighters in the lightweight division. McGregor has become a multiple division world champion; but his absence from the sport and his multiple retirements have left fans with doubts as to his current status as a fighter. With almost seven years separating their first meeting and their rematch, Poirier emerges with a second round TKO victory over his rival. The famous director, Alfred Hitchcock once said “Revenge is sweet and not fattening.” Upon evening his rivalry with Conor McGregor, Dustin Poirier couldn’t agree more.

On July 10th, these two men will get a chance to settle the score once and for all. McGregor has reverted back to his old ways, trying to get into Poirier’s psyche with fight week antics. However, Poirier is much more seasoned that he was in 2014; this fight will be decided in the octagon, not at the press conference. For fight fans who love a great storyline and want to see the resolution of a dispute that’s spanned seven years, this fight is an absolute must-see event.

The last time fight fans saw Gilbert Burns inside the octagon, he was on the losing end of a third round TKO to Kamaru Usman for the UFC welterweight championship. However, he remains one of the most feared fighters in the division. Prior to his fight with Usman, he hadn’t lost in almost three years. His unanimous decision victory over former world champion Tyron Woodley in May of 2020, earned him “Fight of the Night” honors. If he is able to get back in the win column on July 10th, he could earn another title shot, sooner rather than later.

Stephen Thompson is on a two-fight win streak but he hasn’t fought at all this calendar year. Add to that the fact that he is 38 years old and it is easy to understand why he is the underdog heading into this fight. Back in 2016, he fought Tyron Woodley to a draw in a championship fight. His very next time out, he lost to Woodley by majority decision. He hasn’t had a title shot since. The chances of him getting another shot at the title are slim to none, but he is still a dangerous fighter and no wise opponent should overlook him.

Tai Tuvasa is in the middle of a career resurgence. Back in October of 2019, he’d just lost his third consecutive fight and his future in the organization looked bleak. UFC is known for terminating a fighter’s contract if he no longer looks promising. However, since then Tuvasa has won to consecutive fights and is once again considered one of the most dangerous heavyweights in the division. After winning a first round TKO in March, he is climbing back into the octagon for his second fight of the year. When a fighter gains confidence they begin to compete more regularly. Tuvasa fought just one time in all of 2020; his increased activity shows he once again believes in himself.

Greg Hardy spent five seasons in the NFL as a defensive end. Although he was one of the most promising talents at his position, his off-the-field troubles ultimately became the demise of his career. Mixed martial arts has given Hardy a chance to turn his life around. Hardy has proven to be serious about the sport and has been a very active fighter in recent years. He had five fights in 2019 and three fights in 2020. His July 10th bout against Tuvasa will be his first fight of the year; it will be interesting to see how the unusual layoff will affect his timing. Hardy is not currently in consideration for a title shot in the heavyweight division. For a guy who’s experienced accolades for his athletic endeavors, getting a shot to be a champion has to be a motivating factor. Hardy lost his last bout; if he’s going to become an elite fighter it will have to start with getting back to winning.

In October of 2020, Aldana lost a unanimous decision to Holly Holm. The loss derailed the two-fight win streak she was on coming into the bout. Holm is one of the best-known women competing in the organization and a win against her could’ve put Aldana on the map. Unfortunately, the loss was a setback and now Aldana must find another path to the title shot that has eluded her since she joined the UFC back in 2016.

Kunitskaya is entering July 10th on a two-fight win streak. In February of this year she was awarded a unanimous decision for her performance against Ketlen Vieira. Having a more recent fight than her opponent should mean that Kunitskaya’s timing is sharper; long layoffs can sometimes impact a fighter’s ability to perform. The real goal for Yana in this fight is to prove that she is a legitimate contender for the belt. Back in March of 2018, she made her debut in the organization with a title fight; rarely are fighters given that opportunity. However, since her loss to Cris Cyborg that night she hasn’t come that close to being a champion again. That is something she would very much like to change.

Sean O’Malley has the most recognizable hairstyle in the UFC. Having his hair dyed with multiple colors has become his trademark. However, it is his fighting style that has really caught the attention of mixed martial arts fans. O’Malley has been awarded the “Performance of the Night” in three of his last four fights. After scoring a third round TKO in March of this year, O’Malley is back in the win column and enters this weekend’s bout with momentum on his side.

Kris Moutinho will make his organizational debut at UFC 264. However, he’s far from a novice; he has thirteen professional fights under his belt. He had a bout in May of this year for the CFFC organization in which he won with a submission chokehold during the third round. He enters his UFC debut on a two-fight win streak, a recent victory by submission, and the desire to make a great first impression. All of these factors make the relatively unknown fighter from suburban Boston a dangerous opponent for Sean O’Malley on July 10th.

UFC 264 is available on pay-per-view on BT Sport in the United Kingdom and on ESPN in the United States. T-Mobile Arena in Las Vegas is sold out; the atmosphere will be electric. Although there are multiple compelling matchups, the best storyline is the trilogy fight between McGregor and Poirier that headlines the event. You won’t want to miss it. As always, stay tuned to World in Sport for all the latest updates on UFC and the world of mixed martial arts! 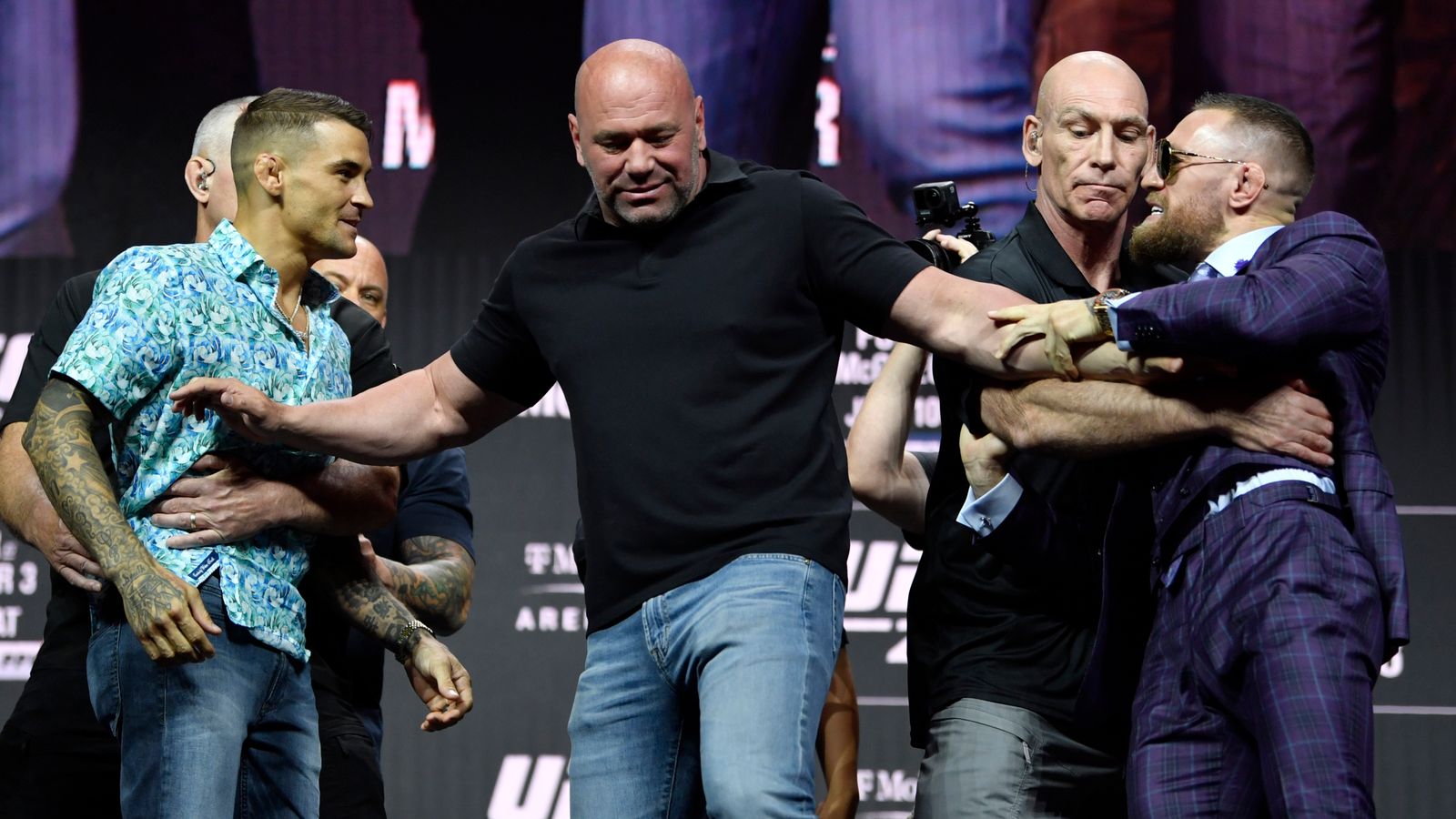