What a week it’s been in British sport. The English Football Team made history on Wednesday night as they fought through to the Euros Final and Wimbledon has been putting on a Flagship extravaganza down at SW19.

England’s ODI Cricket team was flawed with a mass Covid outbreak only for a Stokes led second 11 to destroy Pakistan. Way South the British & Irish Lions are romping their way through the warm up matches of the South African tour.

Closer to our homes, Britball’s BAFA (British American Football Association) regional teams are prepping for Week 3 of what has been a tough early season schedule dealing with the festering effects of Covid.

After a few cancellations in Week 2 and notably Portsmouth the latest team to withdraw from the 2021 season, the games that did go ahead had to contend with vicious lightning storms and delays. The first 2 weeks have nonetheless not thrown up too many unexpected performances.

Week 3 sees some tasty matchups, with the Kent Exiles replaying the London Blitz on home turf and hoping to repeat their solid near win of Week 1. After the Exiles caused a turnover in the dying minutes during a downpour, they were unable to convert it to points and lost the game by 2.

This week (for a thought piece on Kent Exiles Website) Head Coach John Moore was in a reflective mood and hopeful of taking their performance to the next level this week:

“Such are the calibre of our coaches, that they were reviewing film that same night, identifying areas to improve on and engaging with the players to feedback the good and bad. I am under no illusion that the Blitz will come back better and more determined to re-establish themselves as the dominant force.”

Elsewhere the London Hornets kickoff their 2021 campaign against the plucky Oxford Saints. The Saints must be hurting after back to back losses despite solid play and a resilient team. If the Hornets come out rusty look for Oxford to scrap a win.

Worcestershire get started against a shell shocked Swindon Storm (who got shellacked in the week 2 match up with the Bristol Aztecs) squad and Hereford take on Birmingham in the Severn division. Birmingham will be looking to set out their Premiership stall and unleash the Midlands flex. Leeds Bobcats are also losing their 2021 virginity with a match against the Humber Hawks. Ouse Valley will be playing for pride as they’ve had a sombre start to their 2021 campaign and face the re-branded and ever hungry Ipswich team. Hopefully the forecast cloud and rain for much of the UK wont descend into a stormy madness like last weekend!

Drop a message to your local team to make sure the game is going ahead and check if spectators are allowed (there are still some Covid restrictions). A BAFA league game is a great way to spend a Sunday afternoon and build up to tonight’s incredible Footy match.

Be sure to take plenty of snaps and when you upload them to social media use the hashtag #BritballPics. This means potential new fans can easily see all the great photos when they Google Britball. More eyeballs means more revenue which means faster development. 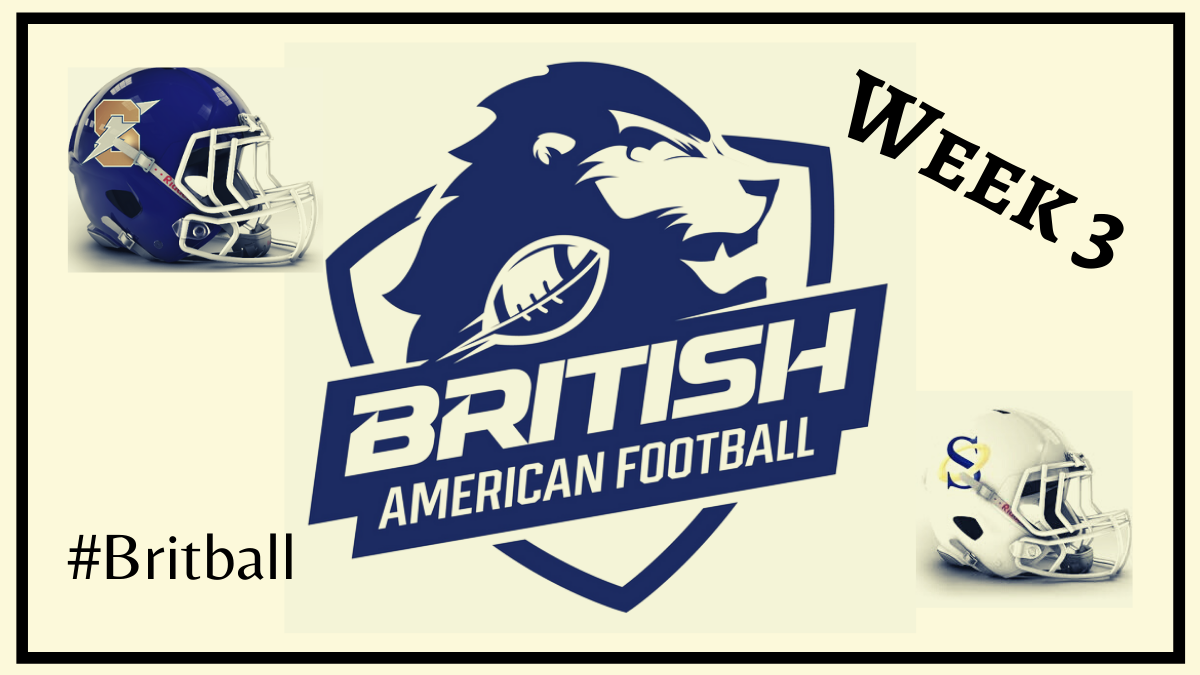