Conor McGregor will face Dustin Poirier for the 3rd time at UFC 264. Whether or not he maintains his status as an elite fighter depends on his performance. Conor McGregor’s reputation is on the line. It’s as simple as that. He was once hailed as the biggest crossover star in the history of UFC.

Sure, men like Ken Shamrock and Anderson Silva were revered by the entire sports world for their prowess inside the octagon, but it was McGregor who could be seen on the late-night talk show circuit and whose image could be seen on ads for a well-known beer brand. “The Notorious One” had transitioned from respected mixed martial artist to be a fixture in pop culture. And then it all came crashing down.

In 2016, McGregor had his finest moment as a fighter. Earlier in the year, he’d avenged his loss to Nate Diaz to restore the aura of invincibility surrounding him. Then, in November of that year, he beat Eddie Alvarez with a 2nd round TKO to become the UFC lightweight champion.

It marked the first time in the history of the organization that a fighter held the championship in two divisions. The crowd at the legendary venue, Madison Square Garden, went into a frenzy in support of McGregor’s accomplishment. The kid from Ireland was on top of the world.

In 260 B.C. Greek fabulist Aesop wrote, “Be careful what you wish for, lest it come true.” Centuries later, the saying still rings true. In 2016, after becoming the UFC lightweight champion, Conor McGregor set his sights on another superstar in the world of combat sports, Floyd Mayweather.

While McGregor’s legend as a fighter was well deserved, he failed to realize that the Queensberry rules established “the sweet science” as a craft unique in its own right. Sure, some guys can brawl, are blessed with a mean streak and a fearless attitude, but that doesn’t mean they belong in a boxing ring. McGregor mistakenly believed that because he was a good fighter h would automatically become a good boxer. It was a lesson he ultimately learned the hard way.

Floyd “Money” Mayweather has never been known to turn down a great payday. Astronomical numbers have been thrown around for exactly how big the purses were for him and McGregor that night in August of 2017, but what’s indisputable is that neither man will ever have to work again.

McGregor suffered a 10th round TKO that night at T-Mobile Arena in Las Vegas. There were rumors floating out of Mayweather’s inner circle that he’d had a lackluster training camp. It’s not that McGregor isn’t a dangerous man to fight against, it’s that he was a novice going up against a man from a well-known boxing family. The odds were never in his favor and the result was never in doubt.

CEO of the UFC, Dana White, has been known to protect his brand and make the right moves for the company at all costs. While McGregor was busy garnering the biggest payday of his career, White was left with no choice but to strip his most famous fighter of the championship belts he’d won.

The stated reason was inactivity. Eventually, Conor McGregor came to his senses and realized that his stardom and wealth were the results of his abilities in the octagon. The antics during interviews, the trash-talking of opponents and even the brash entrances were entertaining but if it weren’t for his performances when it mattered most no one would care. If he didn’t win inside the octagon he would soon be old news.

With that in mind, McGregor set out to regain the lightweight championship he was stripped of during his ill-advised pursuit of Floyd Mayweather. He fought the reigning champion, Khabib Nurmagomedov, in October of 2018 and came up short. The 4th round submission he suffered not only denied him the championship belt, it robbed him of the intimidation factor he’d held over the rest of the organization.

Sure, McGregor had lost before, but his ability to avenge that defeat in his very next outing seemed to restore order to the world. This loss was more convincing, more unnerving for Conor’s fan base. For the first time since he’d joined the UFC, his fans were forced to admit that McGregor’s opponent didn’t just have a better night, he was simply a better fighter.

A shot at redemption

Since his loss to Khabib, McGregor has retired and unretired. He looked great in a first-round TKO victory against Donald Cerrone and was then brought back to down to earth against Dustin Poirier in a 2nd round TKO loss. The question is, where does McGregor go from here?

On July 10th he is scheduled to face Poirier for the third time. They’ve each won one of their two previous encounters. Due to their first match taking place during Conor’s ascent to superstardom and their second match taking place during his comeback, these two have become bitter rivals. McGregor always talks trash but he’s saved some of his most intense verbal barrages for Poirier.

For his part, Poirier has admitted that McGregor was able to get into his psyche before their first fight. He’s also admitted that their second match felt like redemption. Now, the entire world of combat sports waits with baited breath to witness the third instalment of this trilogy.

Whether it’s fair or unfair, there will be a segment of fans who define Conor McGregor by this moment. The fact that he had enormous crossover appeal will eventually be forgotten. Some will even forget that he was the first two-division champion in the history of UFC.

The question for McGregor is how will he respond? Will he take advantage of the moment and put an exclamation mark next to the story of his comeback, or is this the beginning of the end? A win would mean that McGregor is once again a top contender for a shot at the title.

A loss could see his name removed from the top ten list, and signal the end of his time as an elite fighter. These are the questions lurking in the mind of fight fans everywhere. On July 10th, Conor McGregor will have his chance to climb into the octagon and give the world an answer. 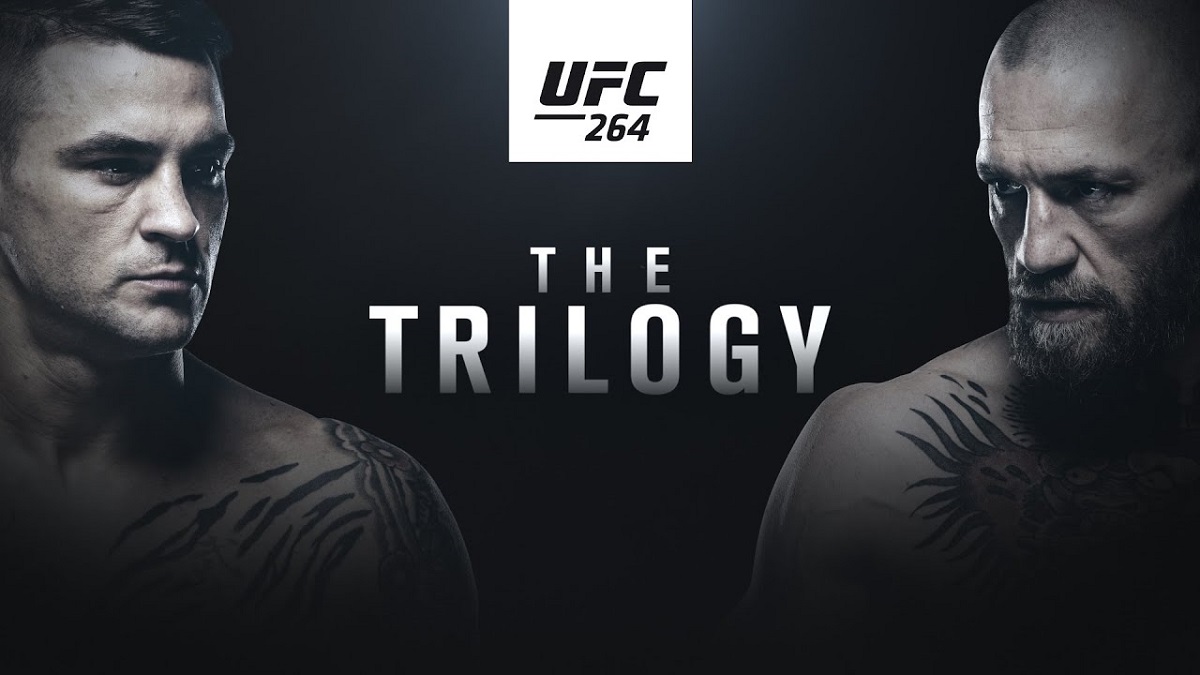