UFC has been getting better and better every month but still, there are plenty of fights that fans want to see. Trilogies are rare but Conor McGregor and Dustin Poirier have there’s next month as both are 1-1 with each other.

Still, there are more combinations where a trilogy is essential.  Most of the dream fight combinations are noticeable in the welterweight division. Kamaru Usman is the champ and has many big names in the division on his resume.

Both are 1-1 with each other and soon will be entering the late stages of their careers. In the first fight, we saw Nate winning via submission which is crazy as both are hand strikers but with Nate’s Ji Jitsu it makes sense for sure. Conor was able to win their second bout after scoring more in the judge’s favour.

This fight needs to happen for a third time for sure as it is one of the fan’s favourites. Both have such a heavy fan base, and the hype will be attracted worldwide. In terms of money, this is a big money fight for sure due to both reach/popularities.

Covington is currently ranked number two and Burns is number three. Both have lost to the current champion Usman so it for sure make sense that this fight happens soon. Striking and wrestling both will be able to compete against each other for sure. I would say that Burns may be more deadly when it comes to striking.

Covington will be better on his cardio and wrestling. Covington is due to face Usman next, Burns will face off against Stephen Thompson. It’s possible for this fight to happen but it will depend on the circumstances of what happens in both of their next fights.

Both have already fought each other but it was not an official UFC fight. This was a street brawl that took places outside the cage. Masvidal delivered a three-punch combination to Edwards after Edwards said something during Masvidal on-air interview.

Again, this fight will depend on circumstances as Edwards is in line for a title shot as he’s won his last three to four fights. I think Edwards for sure is playing it smart and taking his deserved opportunity for a championship match. Jorge has lost to Usman twice in a row so other big names/contenders are currently his option to gain being a number 1 contender again.

Usman has beaten every big name on the list and continues to get even better because he’s fighting top worthy contenders. Thompson is the only fighter in the top 5 that hasn’t faced Kamaru Usman. This fight can happen possibly if He beats Burns next month in July. The fight between the two is also a dream fight but it’s happening which is a good thing. This is the first bout to happen where the two top 5 ranked fighters outside the title picture are fighting each other. It’s happened before but not with the current top 5 welterweights in the division apart from Usman.

The two were once great friends and trained with each other but that isn’t the case now. Both have continuously trash-talked each other but everyone wants to see the two square off officially. Both seem to be indifferent situations right now so it will depend on whether Covington wins or loses to Usman in the second fight. Covington is next in line, but this fight is also a fan favourite.

Assassin has been the word to describe both fighters as they are more lowkey when compared to Usman, Masvidal and Covington. Apparently, they have been scheduled to fight each other before but one of the fighters didn’t accept. There was a time where Edwards called out Burns on social media and Burns lashed out on Edwards claiming that he was lying and in fact was offered Burns, but he didn’t accept.

Burns was in the running for facing against Usman, so it wasn’t going to happen last year. Now tables have turned as Edwards just managed to beat Diaz after surviving a major close upset that nearly happened in the 5th round. So, Edwards may be smart and play it safe and just wait after Covington vs Usman where he will face the winner as he is in the running for a title shot for sure.

Covington has trash-talked everyone including Edwards. Edwards seems to be down to fight Covington, but this isn’t the case for Colby. There have been rumours that Colby turned down a Leon Edwards fight as he wants his second chance against Usman for the welterweight title.

Covington should have taken the fight as it will be good for both Edwards and he to improve. Having a lack of activity against essential competitors only benefits the champion as he faces all. Current records of fighters going for a straight rematch after a loss hasn’t been good at all. It only turns from a single to a double loss. Maybe in near time, this will happen, it’s just both want to utilize their title fight opportunity, I guess.

Thompson has expressed before that Edwards will be a perfect opponent for him. Edwards can also hang with striking on the outside, so this will be a heavy striking fight. Many fans will find this interesting and these two will be able to bring out the best of both themselves when fighting each other. The division and the fans deserve this bout.

I feel this could be remarkably like the Adesanya and Vettori fight. Thompson fights more on the outside and can chop his opponent from a long reach. Covington would try to make this a wrestling/clinch fight to try to wear Thompson down. When going against each other both styles are incredibly unique when facing each other.

Masvidal should take the opportunity to fight Thompson again. After their first fight, Thompson was able to outclass Masvidal on some levels. Masvidal was younger and wasn’t at the level he finally got himself to in 2019. After losing to Usman twice he needs a win in his next fight so he can quickly rebound back to business. If he wants another title shot, he needs wins against top 5 ranked opponents. As a safety option facing wonder boy is maybe his best and safest option. Masvidal for sure is looking to build a winning momentum again.

Overall, all fighters are great and well skilled, but the welterweight division needs more activity as Kamaru Usman said. The best way for them to reach Kamaru Usman’s level as a champion is to compete and face high-quality opponents. Usman has faced all so he’s getting better and better every time but if the top 5 are not fighting each other then things for them will only get worse.

There are Rumours were some of the fighters’ rank was at stake due to not being active. The best division is when all top fighters are fighting each other. Just like Masvidal says these dream fights listed above are totally necessary. 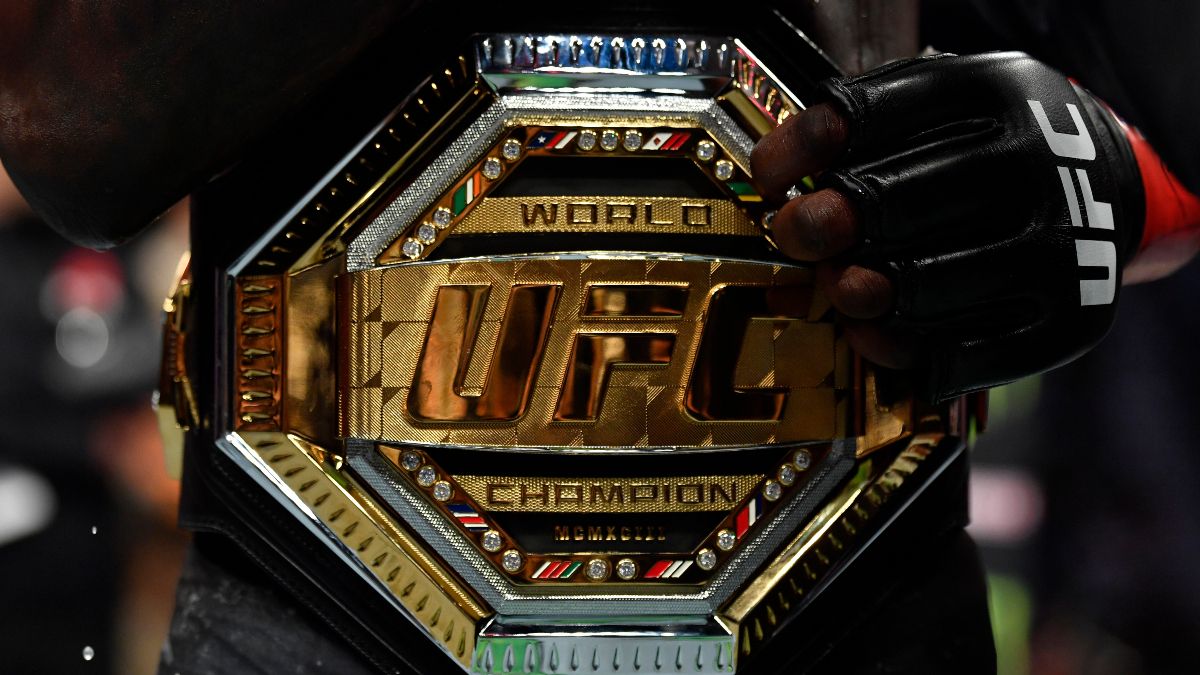