On September 25th, the UFC returns with a pay-per-view event at T-Mobile Arena in Las Vegas. The main event features a featherweight championship bout between reigning champion, Alexander Volkanovski, and number one contender, Brian Ortega. Overall, UFC 266 has a strong overall main card, which fight fans are sure to enjoy. Without further ado, let’s get into it!

The last time Alexander Volkanovski lost a fight, moviegoers were packing theatres to see Robert Downey Jr. give one last reprise as Tony Stark in the last installment of the Iron Man series. Since then, he’s won an astonishing 19 consecutive fights, the last two of which saw him win and successfully defend the UFC featherweight title.

As impressive as Volkanovski has been, his fans do have cause for concern. He hasn’t been seen inside the octagon since July of last year when he won a split decision against Max Holloway. While he enters September 25th’s fight as the favorite to defend his belt, there is no replacement for the timing and rhythm an athlete gains from being active. It will be interesting to see if the long layoff has impacted the champion from Australia in any negative way.

Like Volkanovski, Brian Ortega is also returning to the octagon from a long layoff. The last time fight fans got to see him perform was October of last year when he won a unanimous decision against Chan Sung Jung. Like his September 25th opponent, Ortega has only one career loss. The lone blemish on his record came against Max Holloway in the only title shot to date of Ortega’s tenure with the UFC. Ortega is a first degree Black belt in Brazilian Jiu Jitsu; if he’s going to beat the champion, he must rely on his elite technical skills in order to do it.

Valentina Shevchenko has had five consecutive successful title defenses of the UFC women’s flyweight championship. She is respected throughout the sport; her prowess as a fighter is undeniable. Not only is she a mixed martial arts champion, she has been named “Master of Sports” in the following disciplines: Taekwondo, Muay Thai, Boxing, and Kickboxing. If that wasn’t impressive enough, she is also a Blackbelt in Judo. Her older sister, Antonina, is also a UFC fighter in the women’s flyweight division. At UFC 255, they became the first pair of sisters to compete on the same night in UFC history.

Since joining UFC’s roster in 2014, Lauren Murphy is yet to receive a title shot. All of that is set to change on September 25th. At 38 years old, she knows now is the time for her to seize the moment if she is ever going to be crowned a UFC champion. Her route to becoming a professional fighter was quite unconventional. After taking her son to a Jiu-Jitsu class, she fell in love with the sport and decided to start training. She took her first professional fight three months later, with no amateur experience. The rest is history.

Nick Diaz and Robbie Lawler fought one another at UFC 47. That was back in April of 2004. Let that sink in for a moment. These two men fought so long ago, that children who were born that month are now seniors in high school.

Robbie Lawler has lost four consecutive fights. He hasn’t been seen inside the octagon since August of last year. How does he end up in a five round fight on the main card of a pay-per-view event? The answer is simple, Dana White is a businessman. While this fight won’t be nearly the mockery that was Evander Holyfield vs. Vitor Belfort, it honestly doesn’t belong on a pay-per-view lineup. But that’s okay. Professional sports isn’t just about competition. It’s also about entertainment and revenue.

When two heavyweights possessing the kind of knockout power shared by Curtis Blaydes and Jairzinho Rozenstruik climb into the octagon, there is very little chance the fight will go the distance. Blaydes has 10 career wins by knockout; Rozenstruik has 11. Although neither man has ever fought for the heavyweight championship, both of them know what it feels like to leave the arena with “Performance of the Night” honors. Fight fans should remember not to blink while watching “The Razor” take on “Big Boi.” One punch from either man could easily end the fight.

Jéssica Andrade was once the UFC women’s strawweight champion. After losing her lone attempt at defending the title, she moved up to the flyweight division. Most recently, she lost a bid for the UFC women’s flyweight championship to current title holder, Valentina Shevchenko. She must now prove that her second round TKO loss in April was a fluke if she wants to continue to be considered one of the elite athletes in the division.

Cynthia Calvillo hasn’t been seen inside the octagon since November of last year, a bout in which she lost via unanimous decision. Back in 2017, she had five professional fights in the same calendar year. Now she’s slowed to a pace of about one fight per year. She is going to have to become much more active if she wants to remain a ranked fighter.

UFC 266 is available on pay-per-view via BT Sport in the United Kingdom and through ESPN Plus in the United States. As always, we’ll have all the latest updates about the outcomes of the fights, as well as in depth analysis right here at World in Sport! 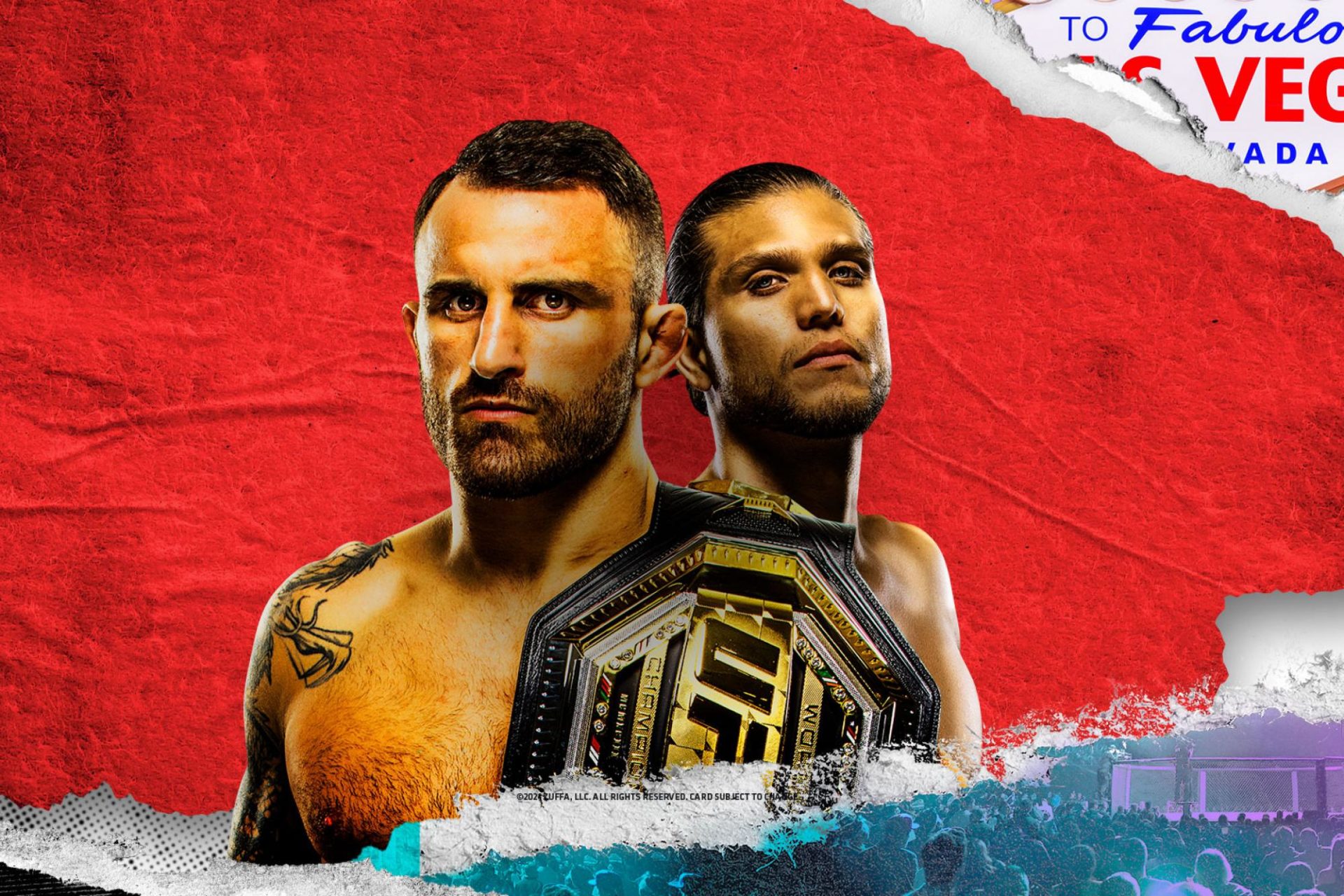