The 43rd Ryder Cup at Whistling Straits Golf Course is poised to be a great battle between the American and European teams.

Padraig Harrington, the captain of the European side, had plenty of great players to choose from for his captain’s picks. After much deliberation he picked Ian Poulter, Sergio Garcia and Shane Lowry with the world no.44, Justin Rose, narrowly missing out on selection.

Ian Poulter has been in magnificent form recently and, according to captain Harrington, possibly some of the best form of his life. ‘The postman’ as he is called has delivered many times at the Ryder Cup and will surely deliver once again.

Poulter made his debut in the 2004 Ryder Cup at the South Course of Oakland Hills Country Club in Bloomfield Township, Michigan where he collected one point in the singles beating Chris Riley 3&2.

Sergio Garcia has amassed the most points by any player in Ryder Cup history with a total of 25.5. His performance in the event is undeniable with a stellar overall record of 22-12-7.

Garcia played his first Ryder Cup in 1999 and has been a part of six victorious teams.

Shane Lowry, the 2019 Open Championship winner, is no stranger to links golf and Whistling Straits should suit his game to a tee. Harrington stated in an interview with Nick Dougherty earlier this week that Lowry delivers on the big stage and said that was a big part of the reason he put his faith in him as a captain’s pick.

The vice-captains for Europe are Luke Donald, Robert Karlsson, Martin Kaymer, Graeme McDowell and Henrik Stenson. With a depth of Ryder Cup experience and an understanding of how to perform in pressure situations, they will be a great support for Harrington as Europe try to capture their twelfth victory since 1979 (when it became a contest between USA and Europe).

Kaymer won the US PGA Championship at Whistling Straits in 2010 so he knows how to play well on the course and will be able to provide great insight for the European team.

These are the players that will fight it out for team Europe over the weekend:

Rory McIlroy (This is his 6th Ryder Cup appearance)

Steve Stricker had the task of selecting six players to represent the United States side that had not already qualified based on points. He chose Daniel Berger, Harris English, Tony Finau, Xander Schauffele, Scottie Scheffler and Jordan Spieth.

Despite the American team consisting of six rookies, this is one of the strongest squads in the Ryder Cup’s history. The American side has a cumulative world ranking of 109 and eleven of their twelve players are inside the top 20 players in the world. Only one player, Scottie Scheffler, sits outside the top 20 and he is ranked 21st.

By comparison, Europe have four players in the top 20 in the world, including world no.1 Jon Rahm. Bernd Wiesberger is the lowest ranked player at no.63.

Tony Finau (Captain’s pick, competed in 2018 at Le Golf National and has an overall record of 2-1-0)

Dustin Johnson (This will be his 5th Ryder Cup appearance)

Jordan Spieth (Captain’s pick, this will be his 4th time competing at the Ryder Cup)

The home advantage always plays a big role with the crowd support and this year team USA will have that luxury. However, despite local backing, because Whistling Straits is a links course, it may suit the European team more especially if the winds pick up as expected.

The usual cohesiveness of the European team along with their experience may also put the odds slightly on Europe’s side as the Americans try to find their best combinations that will unlikely include Brooks Koepka and Bryson DeChambeau as a partnership.

1:05pm – Garcia and Rahm vs Spieth and Thomas

1:21pm – Hovland and Casey vs Johnson and Morikawa

1:37pm – Westwood and Fitzpatrick vs Koepka and Berger

1:53pm – McIlroy and Poulter vs Cantlay and Schauffele 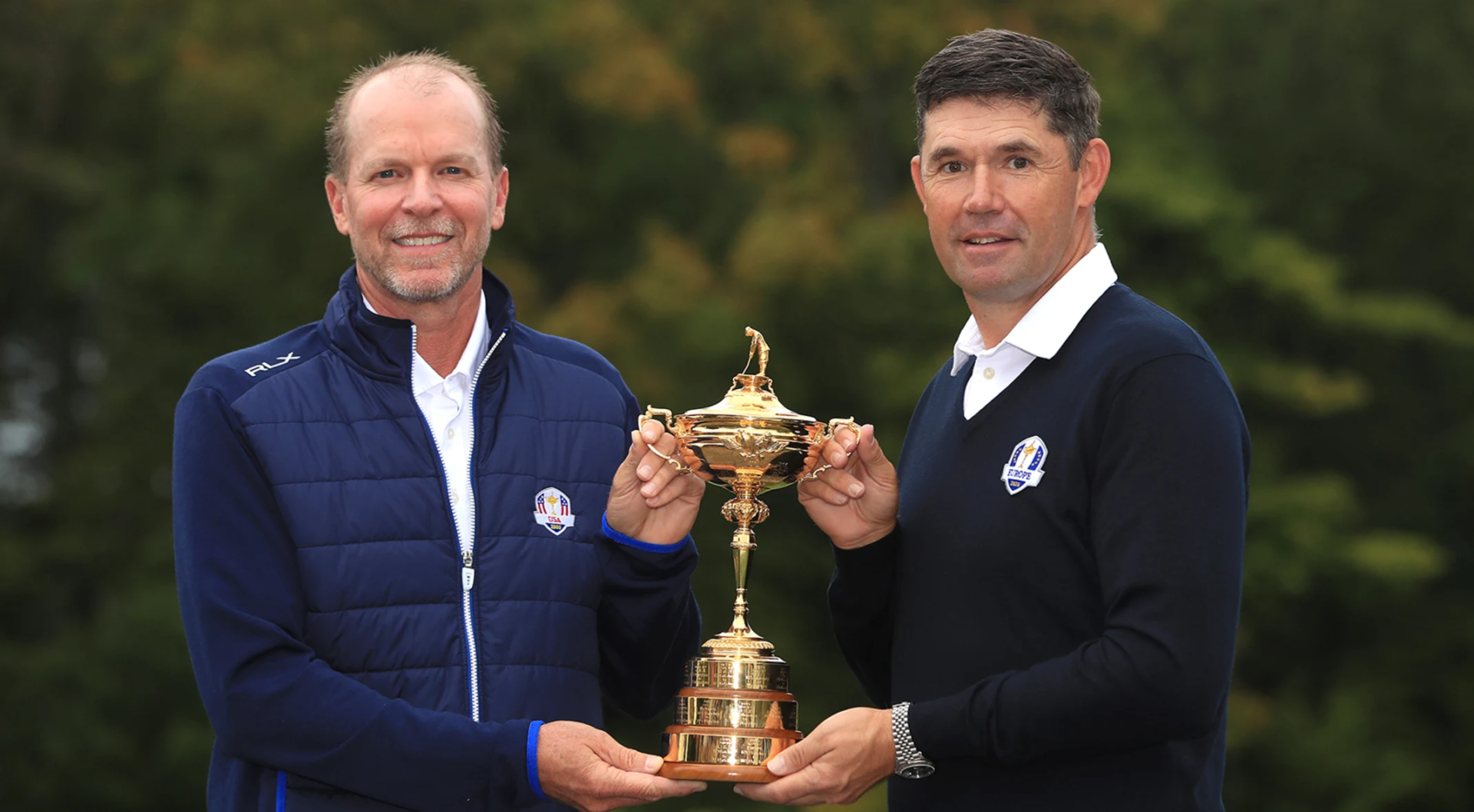