UFC 266 was highly anticipated due to two championship fights and the return of Nick Diaz. As much as the event was promoted, it definitely lived up to the hype. There were several memorable moments that fight fans won’t soon forget, most notably an epic main event between Alexander Volkanovski and Brian Ortega. Without further ado, let’s get into it!

Leading up to the fight, both of these men hurled insults at their opponent. For Volkanovski in particular, this was out of character. However, his UFC featherweight title and his 19 fight win streak were both on the line. Tempers flare when the stakes are high.

Round one was fairly evenly matched. Both men landed some notable shots and both walked back to their corners with noticeable cuts on their faces. It was clear these two were laying it all on the line. In round two, Ortega made adjustments and began using his jab with more regularity. Volkanovski, however, showed off his incredible conditioning by absorbing the shots, continuing to press forward and inflicting damage of his own.

In round three, this fight became an instant classic. If there was a UFC fan who was not a fan of either fighter, that changed after tonight. Brian Ortega fought like his life depended on it and was able to put Alexander Volkanivski in a rear naked chokehold that was so tight I was sure the fight was over. I was waiting for Volkanovski to tap out when he escaped the hold like a magician. I don’t think any other fighter in the organization could get out of that hold. Ortega refused to give up and was able to secure the triangle chokehold using his legs. Again, the hold was so tight that it looked like Volkanovski would have no choice but to tap out. Again, he fought out of the hold and got back to his feet.

In rounds four and five both men fought as if they’d been told the loser would be forced to retire. They were each relentless; Ortega simply didn’t have the cardio to match Volkanovski’s intensity. Volkanovski walked away with a unanimous decision, and both men left with mutual respect. This was a fight-of-the-year candidate. It was a great performance by both men and everything fight fans want to see in a pay-per-view main event.

Valentina Shevchenko is the best women’s fighter I have seen all year. It’s as simple as that. I was so impressed by her skill level that I honestly think she could beat heavier women without adding a single pound to her flyweight frame.

Shevchenko was dominant in every round; it was clear after round two that Lauren Murphy realized she was in the octagon with a superior fighter. She was trying to survive; she’d given up on trying to win. In round four, Shevchenko closed the show with a right hook, followed by a takedown, and a ground and pound attack that forced the referee to stop the fight. Shevchenko displayed her ballerina skills in a celebratory dance, and then proceeded to thank the crowd for attending in three different languages. She is a true entertainer.

Nick Diaz started the fight with a spinning kick aimed right at Robbie Lawler’s head. I could not help but chuckle; I don’t remember ever seeing Diaz start a fight that way.

Initially, I was skeptical that anyone could take a six year layoff and come back to perform at a respectable level. However, I must admit, Diaz had some very impressive combinations in this fight. He clearly grew up fighting in the streets. From the way he absorbs punches, to the way he relies on his opponents attack to create counter opportunities, everything about his style says he learned to fight in back alleys and abandoned lots. He was affective for long stretches of rounds one and two. That is commendable.

Ultimately, the fight belonged to Robbie Lawler. He was in excellent condition and has remained an active fighter over the last six years. In round three, he hit Diaz with a right hook, left uppercut combination that sent Diaz to the mat. Both Lawler and the referee implored Diaz to get back on his feet to continue fighting, but he declined. It looked as if his nose was broken. It took Lawler 17 years, but at last he finally got his revenge.

Oleksandr Usyk shocked the world and dethroned Anthony Joshua in front of a pro-Joshua crowd in London today. There is no way I can talk about a heavyweight fight and fail to mention that.

As for Curtis Blaydes and Jairzinho Rozenstruik, their fight had championship inclinations of its own. It is widely believed that the winner of their matchup will get the opportunity to face the winner of Francis Ngannou versus Ciryl Gane whenever that fight is agreed upon.

Curtis Blaydes is a former collegiate wrestler who knows how to use all of his 6’4″ of height and all of his 260 lbs. of weight to dominate his opponent on the mat. Rozenstruik’s only chance would be to out-strike Blaydes. He did just that, closing Blaydes’ right eye in the process. Fearing that the referee may stop the fight because of his eye, Blaydes focused on grappling and was able to dominate his opponent on the mat. He won a unanimous decision. It wasn’t a thrilling fight to watch, however, Curtis Blaydes admitted in the post fight interview that he went to the grappling strategy to keep his title hopes alive.

Jéssica Andrade turned 30 years old on the same day she was slated to fight Cynthia Calvillo. She was able to celebrate her birthday with a dramatic first round TKO.

Calvillo started off the round very busy, but Andrade just absorbed the shots and continued to press forwards. Near the end of the round, she was able to force Calvillo to retreat. Andrade wisely refused to let up and began to hit her opponent with a barrage of punches that forced referee Herb Dean to step in and stop the fight. It was a pretty one-sided affair. Andrade solidified herself as a true contender in the flyweight division.

Any fight fan who did not witness the epic duel between Alexander Volkanovski and Brian Ortega did themselves a disservice. Volkanovski is one of the most well conditioned fighters I have ever seen. Ortega’s will to win and his ability to overcome adversity is unquestionable. The fans inside T-Mobile Arena gave these two men a standing ovation at the end of the fight. They deserved it.

UFC Fight Night returns to the Apex Center in Las Vegas next week, with a main card headlined by light heavyweights Thiago Santos and Johnny Walker. As always, we’ll have all the latest updates about the outcomes of the fights, as well as in depth analysis available right here at World In Sport! 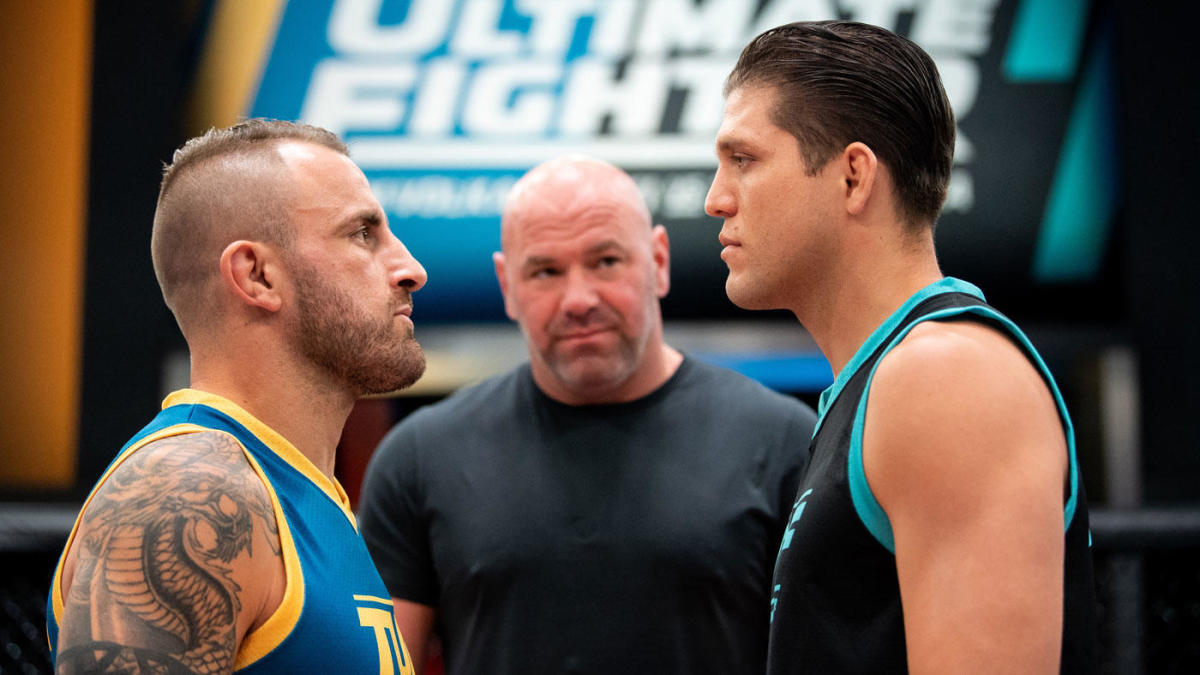