A deafening roar greeted Anthony Joshua as he emerged from the tunnel of the Tottenham Hotspur stadium to the pulsating sounds of Ambition by Maulo. His ring walk, all Hollywood-style pyrotechnics, glitzy flames, and fireworks, gave off the air of a supremely confident champion about to fulfil the expectation of the British public and his fans around the world.

Joshua danced and moved as the music morphed from Maulo to Robert Tepper’s No easy way out, smiling and shadow high fiving to the audience as he made his way along the runway lit entrance to the ring flanked by the letters A and J in gold neon.

The crowd, already ramped and amped by a stirring version of Neil Diamond’s Caroline, and a rousing rendition of the national anthem was now in a full frenzy of anticipation for the main event. They had seen all the cameras and lights, and now they wanted action – to see their man re-crowned king on home soil.

Waiting for Joshua in the ring was his opponent Oleksandr Usyk, the former undisputed cruiserweight champion, who had climbed through the ropes moments earlier wearing an astronaut-type visor under his hooded robe to a chorus of boos before taking up his customary position in a corner to say his pre-fight prayers.

Joshua vs Usyk then was supposed to be a night when the Christian man of God from Ukraine was fed to the British lion in a north London Coliseum witnessed by 68,000 baying fans primed for the kill.

Oleksandr Usyk, however, had not read the script and instead delivered a mesmerizing masterclass of nonstop energy, speed and movement, boxing skill, and nous to rip the titles from Anthony Joshua and crown himself the heavyweight champion of the world. In a superb performance that will live long in the memory of fight fans around the world, Usyk comprehensively outfought, out-thought, outboxed, and outclassed the British champion with a thrilling display of boxing at its best.

Joshua, save for some small pockets of success in the middle rounds, simply did not have an answer to the Ukrainian southpaws’ superior movement, rhythm, and technique. Finding himself frozen in the headlights of his own fame, burdened by the expectations of a nation and slick with sweat, he could never truly lay a telling glove on the man in front of him. To use the power that had dispatched so many of his previous victims.

Instead, Usyk threw doubt into the mind of the champion from the start, sapping his confidence by claiming the centre of the ring and responding with fast and accurate counters to everything that came his way, forcing the bigger man backwards.

The familiar anxieties about Anthony Joshua’s ability to take a punch surfaced with a vengeance, as Usyk rocked him with a left hand in the 3rd round that made his legs dance in different directions. From then on, Joshua looked nervous, vulnerable, tentative. Boxing as if overly protecting the Achilles‘ heel, that is his chin.

The momentum was all with Usyk now, who set the pace and tempo of the fight with intelligent feints, angles, and tactical awareness making himself an elusive target whilst invoking the spirit of his Cossack forebears with a relentless tide of pressure, ring IQ, bravery, and power, hurting Joshua frequently. It is a testament to those tactics that Joshua looked like the smaller challenger overawed by the occasion.

Indeed, as the bell sounded for the end of the 12th round with Joshua, right eye closed, wilting under an unanswered barrage of shots from every angle, there was not a single doubt that Oleksandr Usyk, who dropped to his knees in ecstatic realization, had emphatically claimed the titles and his place in boxing history in spectacular fashion.

As the announcer, Michael Buffer, read out the unanimous verdict of 117-112, 116-112, and 115-113 from the three judges at ringside, all in favour of ‘the new’ champion, Oleksandr Usyk, they could hear no dissenting voice in the packed arena.

For they were only confirming what the rest of us could see with our own eyes: a comprehensive and dominant victory for the man of God from Ukraine, who had entered the lion’s den, came, saw, conquered, and emerged a winner. 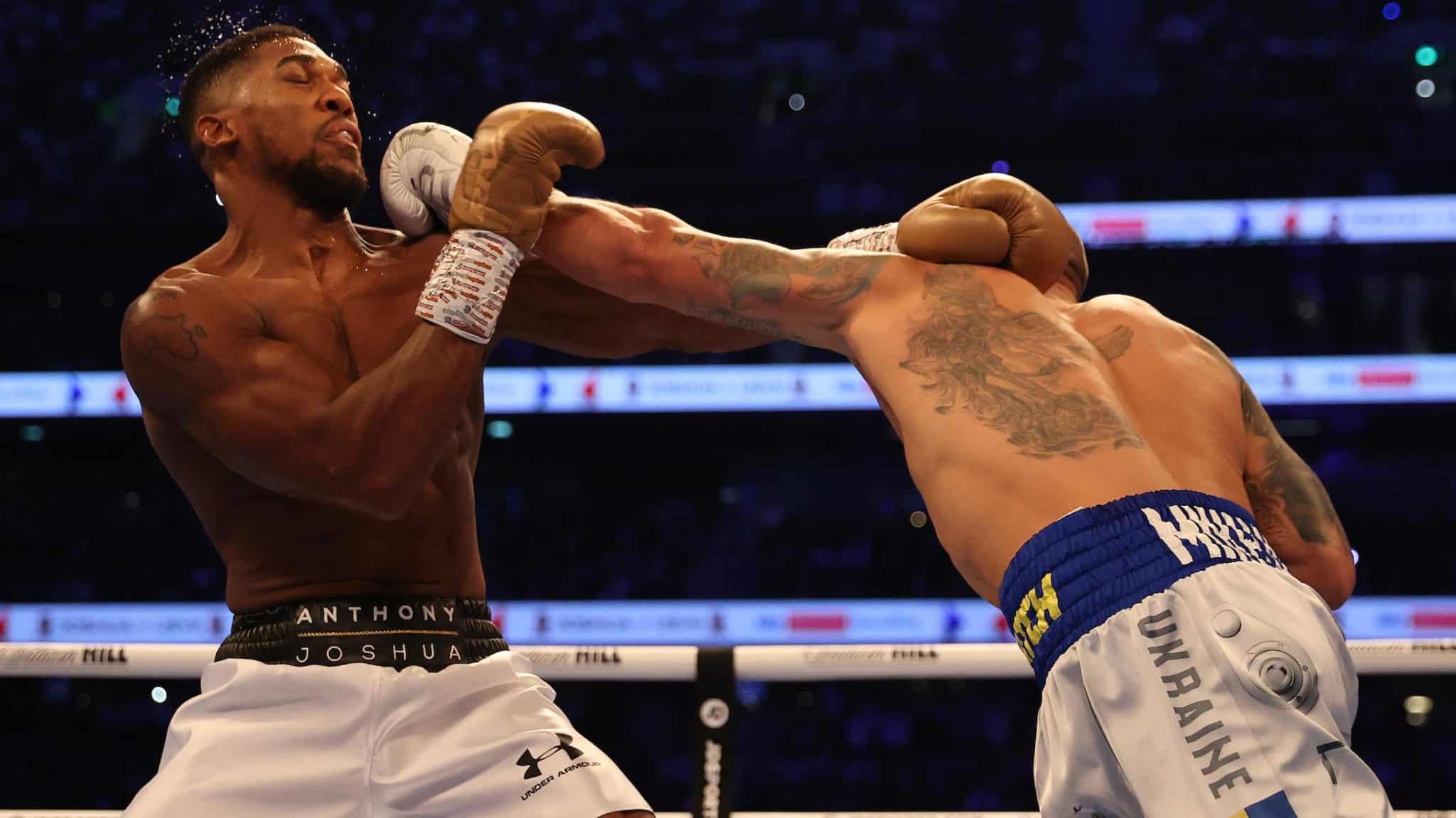