Shortly before 10 pm on Saturday 25th September, the Ukrainian boxer and devout Christian, Oleksandr Usyk, will finish his prayers and religious rituals in his dressing room, and head out into the tunnel of the Tottenham Hotspur stadium to begin his ring walk.

After entering through the ropes, he will kneel in a corner, make the sign of the cross three times, and flick out a jab at the corner post.

He will emerge with his arms aloft displaying the network of tattoos that include the names of his three children, as well as castles, seraphim and guardian angels.

Between each round, he will offer his thanks to God for keeping him strong. Whether he will need the help of a higher power to wrench the WBA, IBF, WBO heavyweight titles from the holder, Anthony Joshua, remains to be seen. But he doesn’t lack confidence for the size of the task in front of him.

‘My team and I like to aim high and set difficult goals.’

The man who shares a birthday with his great hero, Muhammed Ali, turned pro at 26. He won the WBO cruiserweight title in only his 10th professional fight, breaking the previous record set by Evander Holyfield.

Before relinquishing his titles in pursuit of heavyweight glory, he was also the first-ever four-belt undisputed cruiserweight champion:18 fights 18 wins,13 by KO. The receiver of the Muhammad Ali Trophy from Ali’s widow, Lonnie, holder of the prestigious,

The Ring Magazine title, and lineal champion in the division. To round off the accolades so far, in 2018 Sports Illustrated, ESPN and the Boxing Writers Association of America named Usyk fighter of the year.

Like Joshua, Usyk has an extensive and impressive pedigree as an amateur and is a former Olympic gold medalist at heavyweight.

Many, including former sparring partner Martin Bakole, believe he has the skill, speed, footwork and movement to compete with Joshua. But doubts remain whether he possesses that devastating, one-punch knockout power to achieve greatness at the higher weight, let alone trouble the British champion.

Indeed, the former champ, Tony Bellew, full of respect for the Ukrainian, believes Usyk does not have the size and mass to mix it ‘with the big, big boys.’

Yet Dillian Whyte, Wladimir Klitschko and Andy Ruiz exposed the vulnerability of the Briton’s jaw, and that gives the ‘road warrior’ from Ukraine a fighting chance.

Not that any of these conundrums tax the mind of Oleksandr Usyk, an educated, disciplined man. Atypically for a boxer, Usyk attends church every Sunday with his wife and children, goes for long walks in the woods, studies theology and psychology, and enjoys maths equations and writing poetry.

He pronounces himself ‘very confident that he can, like Holyfield and David Haye before him, transition from cruiserweight to King of the Hill in the Heavyweight ranks.

And his team, including Vasyl Lomachenko’s father in his corner as a trainer, and K2, his promotional company, formed by the Klitschko brothers, believe he can cause a major upset, too.

“There is no problem there,” says his manager, Alexander Krasyuk. “If Ali, his great idol, can beat the best at that size, so can Usyk.”

The comparisons with ‘The Greatest’ may be a little fanciful, but there is no doubting that faith in their man is strong.

Many pundits and boxing aficionados, though, see this fight merely as the first step in an inevitable undisputed title matchup between Anthony Joshua and Tyson Fury, presuming the latter can come through his trilogy fight with Deontay Wilder unscathed.

But if Usyk, a heavy underdog with the bookies, was to upset the odds and pull off a victory on Saturday night, what then for the £100 million showdown?

Whatever the outcome of those potential scenarios, the rise of Oleksandr Usyk is nothing short of meteoric.

From the amateur to professional ranks, to the pinnacle of boxing glory in just 18 pro fights. And now, with supreme confidence, fighting for the title of heavyweight champion of the world. An impressive journey and a testament to Usyk’s desire, faith, hard work, and belief.

There are, though, many unconverted doubters who think that against the likes of Joshua, Wilder and, especially, Tyson Fury, the pride of the Crimea hasn’t got a prayer. But history shows that fighters from lighter divisions can conquer the best at heavyweight.

Saturday night will be a chance for the man of God from Ukraine to turn them into believers. 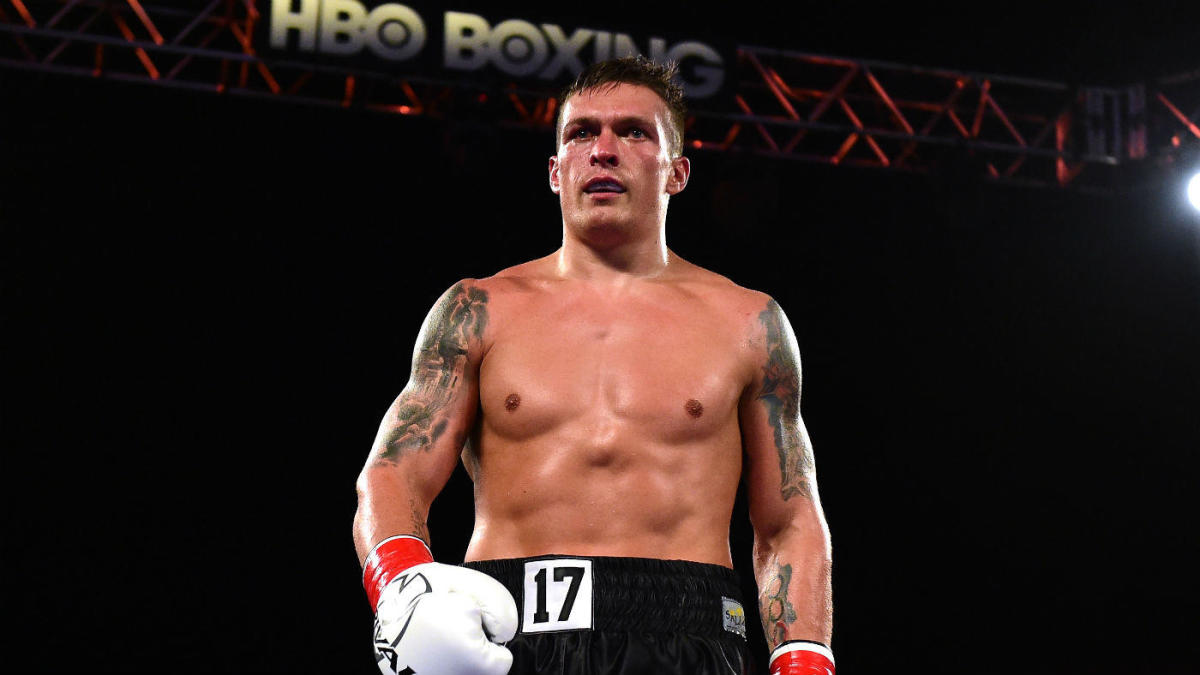