On January 22nd at the Honda Center in Los Angeles, the most anticipated fight in recent UFC history will serve as the first pay-per-view of the year. Francis Ngannou and Ciryl Gane will face off in a bout that puts two men who are clearly the best two fighters in their division in the octagon together. Ngannou has developed an aura of invincibility after winning his last five fights in convincing fashion. Gane, on the other hand, is undefeated as a professional. While the main event of the evening is sure to be a treat, the rest of the main card is also exciting. There’s a lot to unpack here. Without further ado, let’s get into it!

During his last five victories, all coming by way of knockout, Francis Ngannou has displayed power that rivals combat legends like George Foreman and Mike Tyson. In his only fight of 2021, Ngannou avenged his 2018 loss to Stipe Miocic. He has become a household name in the world of sports, so much so that Queensberry boxers are taking notice. There are whispers that he may climb into the ring with Tyson Fury one day; let’s hope that doesn’t come true. Both men are too good at their respective sports to engage in a spectacle. Back to the matter at hand…

As impressive as Ngannou is, he is not without flaws. When he lost to Miocic and Derrick Lewis in back-to-back fights in 2018, it was because both men could withstand his power, and both were able to force him to grapple. In the case of Lewis, he has just as much power as Ngannou, if not more. In the case of Miocic, however, he is the superior grappler. Both men were able to defeat him in unanimous decisions. Ngannou has greatly improved as a grappler in the last four years, but it remains to be seen if he can beat a fighter who can match his power and is not afraid to take him to the mat.

Ciryl Gane is one of the most technically sound heavyweights in all of mixed martial arts. He is not known for knocking out his opponents. He is known for outpointing them. Early in Muhammad Ali’s career legendary broadcaster, Howard Cosell, asked the young champion if he could take a punch. The whispers were that Ali was so good at avoiding getting hit that he may have a glass jaw; the right punch from the right challenger could rob the champion of his belt in the blink of an eye. Ali’s famous reply was “If I have it my way, you’ll never know if I can take a punch.”

The point was, Ali was so much quicker than his opponents that he had no plans on letting them connect soundly enough to test the theory. Ciryl Gane is similar in his superior athleticism to most heavyweights. If he were from the United States instead of France, he would have been an American Football player in the NFL. No high school coach would let someone that big and athletic roam the hallways without insisting they join the team. From there, his gifts would have certainly taken him into the professional ranks. Gane is Ngannou’s former sparring partner; his head coach was once the man at the helm of Ngannou’s career. He is not intimidated by the champion and fully expects to emerge victorious on Saturday night. Any fight fan who misses this matchup is sure to regret it; make sure you’re watching when these two behemoths finally square off in the octagon.

Brandon Moreno made history last year when he became the first UFC champion of Mexican heritage. After battling Deiveson Figueiredo to a draw in December of 2020, Moreno was able to conquer his rival and become the undisputed flyweight champion in June. Moreno is also a Spanish-language podcaster who shares his opinion of the sport via his show in his native country. When he’s not in the octagon, he can be seen sitting ringside giving commentary on the fights for a Spanish network. While he is certainly talented outside of the sport, there is no question that his biggest gift is his ability to fight. At just 28-years-old, Moreno is young and marketable. It will be interesting to see if he can use the momentum he has built over the last year to defeat a very determined former champion.

During the buildup to the third installment of his trilogy with Moreno, Deiveson Figueiredo has called the champion a traitor. This is due to the fact that Moreno left his former training camp, and Figueiredo now works directly for several of the men who helped Moreno navigate the early part of his career. This seems to be an attempt by Figueiredo to psyche himself up for the fight. Prior to battling Moreno to a draw in 2020, Figueiredo was seen as unbeatable. Now he has been stripped of that air of invincibility; he needs any advantage he can get to conquer the young champion. Deiveson Figueiredo wants his belt back in the worst way. When Moreno and Figueiredo square off in the octagon, be prepared for a battle of epic proportions.

Welterweight contender, Michael Pereira was originally scheduled to face Muslim Salikhov at UFC Vegas 46. However, Salikhov pulled out of the fight just days before the event was to take place. The silver lining on the dark cloud proved to be an upgrade in events for Pereira; after the disappointment of missing a chance to compete, he was granted an opportunity to participate on the main card of a pay-per-view event. Now, he’ll face UFC newcomer Andre Fialho at UFC 270 in front of a raucous crowd at the Honda Center.

Andre Fialho had a very impressive 2021. He went undefeated in four fights during the year, all under the UAE Warriors banner. Becoming a local celebrity in Dubai certainly has its perks, but every mixed martial artist in the world wants to compete in the UFC. Fialho is relatively unknown in the United States and Europe, but a win at UFC 270 would change that in an instant.

Cody Stamann and Said Nurmagomedov each have something to prove going into UFC 270. Neither bantamweight competitor is ranked in the top 15 fighters in the division and they are not considered contenders. Instead, their bout is seen as an opportunity for two fighters with great potential to get their careers back on track. Stamann began his career in regional fighting organizations in the central United States. Nurmagomedov fought in regional promotions in Russia for years before finally going international with his act. Stamann has lost each of his last two fights; Nurmagomedov hasn’t been seen in competition since 2020. One man’s career will move forward, the other will take a huge step in the wrong direction on Saturday night.

Middleweight contender Rodolfo Vieira has a wrestling career that is equally as impressive as his mixed martial arts career. In the designated sport of submission wrestling, he has too many gold medals to list here. He has taken home top honors in the World Cup, World Championship, Pan American Championship and European Championship. With a resume like that, it is easy to see why he is considered one of the best grapplers in the entire sport.

Wellington Turman hails from Brazil, just like Vieira. Although he is only seven years younger than Vieira, he has stated that watching him perform over the years was one of the driving forces behind his decision to stick with the sport. On Saturday, Turman must get over the shock and awe of competing against one of his idols. If he’s unable to do so, Vieira is sure to make him submit with one of his patented choke holds.

UFC 270 is available on pay-per-view via BT Sport in the United Kingdom and via ESPN Plus in the United States. As always, we’ll have all the latest updates about the outcomes of the fights as well as in depth analysis available right here at World In Sport! 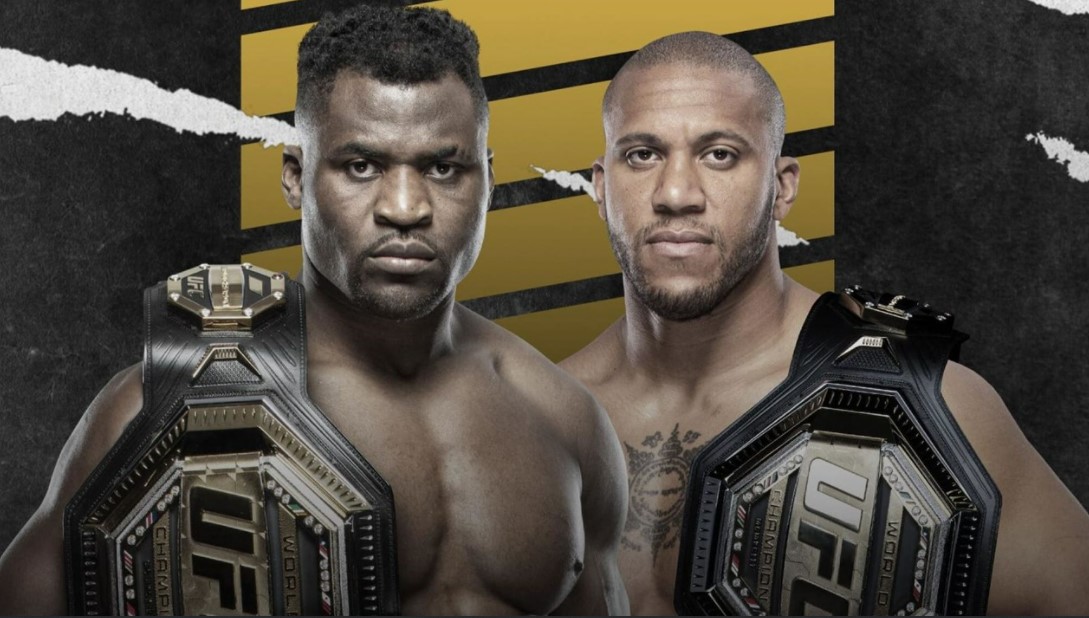