The next installment of UFC Fight Night is set to take place at the Apex Center in Las Vegas on August 28th. Headlined by Barboza vs. Chikadze, the main card features a nice mix of wily veterans and young up-and-comers. Without further ado, let’s get into it!

After losing three consecutive matches and watching his contract with the UFC go on life support, Edson Barboza has rebounded nicely over his last two fights. After winning a unanimous decision victory in October of last year,

Barboza continued his winning ways with a third round knockout of Shane Burgos in May of this year. Although he’s been in the UFC since 2010, he’s never been given a title shot. At 35 years old, he still has time to change that but he’ll have to make a serious impression in the stacked featherweight division in order for that to happen.

Giga Chikadze is on an eight fight win streak, including six in a row since joining the UFC. His win streak is a mere reflection of his overall fighting prowess; he’s also a professional kickboxer with over 40 professional fights under his belt.

To say the man loves to fight would be an understatement. To say he must be taken serious inside the octagon would be accurate.

Bryan Battle and Gilbert Urbina are the middleweight finalists from the television show “The Ultimate Fighter.” The winner of their bout will be given a guaranteed UFC contract.

Bryan Battle and Gilbert Urbina are two young, relatively inexperienced middleweights. What they lack in wins and name recognition, they make up for in hunger. Both men know that being put on a main card on Fight Night at the Apex Center is a huge step towards becoming a recognizable fighter who makes a great living doing what he loves.

Ricky Turcios and Brady Hiestand are the bantamweight finalists from the television show “The Ultimate Fighter.” The winner of their bout will be given a guaranteed UFC contract. This bout is being billed as “Pretty Ricky” vs. “Bam Bam.” Although Turcios did make an appearance on Dana White’s “Contender Series” in 2017, this will be the first official UFC bout for both men, albeit with each of their professional futures on the line.

Ricky Turcios is 28-years-old with twelve professional fights under his belt. Brady Hiestand is 22-years-old with six professional fights under his belt. Neither man has had an opportunity to fight on a platform as far reaching as UFC Fight Night, and fans can rest assured that each of their camps has constantly reminded them of the magnitude of this opportunity. Expect fireworks when these two climb into the octagon together.

Kevin Lee hasn’t fought in front of fans in over a year. Back in March of 2020, he missed weight while preparing to face Charles Oliveira in a lightweight bout. He went on to lose the fight by submission to a guillotine chokehold.

While Oliveira was certainly a worthy opponent (he’s since gone on to become the lightweight champion), one has to wonder is Lee’s weight struggles contributed to his loss. He’s now moved up to welterweight, which seems to be a more natural fit given his body composition.

Daniel Rodriguez has been a very active fighter in 2021. He’s walked away from the octagon victorious in both April and July of this year. Fighting just one month after competing is normally frowned upon, but Rodriguez’s camp was comfortable with the move partially because he won his last bout by first round knockout.

In a continuing theme, this middleweight bout features two fighter who have never competed in the UFC before. Both of these men are older than their records would indicate; they each got a later start in mixed martial arts than most of their contemporaries.

Petroski is 30-years-old, while Gillmore is 34-years-old. Neither of these men would be a match for experienced middleweights like Jared Cannonier or Israel Adesanya, but they’d both be serious trouble in an old fashioned bar fight. This bout has a Chuck Norris versus Steven Seagal sort of feel to it. It should be fun.

Makhmud Muradov has the distinction of being the first mixed martial artist to be signed by Floyd Mayweather Junior and “The Money Team.” He made his UFC debut in September of 2019 and is undefeated in his three bouts with the organization. While he’s got a long way to go if he wants to match his boss’ claim of going “fifty and owe,” he’s off to a good start thus far.

Gerald Meerschaert is a black belt in both Roufusport Kickboxing and Brazilian Jiu-Jitsu. Due to his classical training, he is a very technical fighter who is capable of striking, grappling, or submitting his opponent with a chokehold. In April of this year, he did just that.

He was able to force Bartosz Fabiński into submission using a guillotine chokehold. If the younger Muradov wants to win this fight, he will have to keep in mind just how crafty his opponent is. One mistake could be catastrophic enough to cause him to lose the fight.

UFC Fight Night: Barboza vs. Chikadze can be viewed on BT Sport in the United Kingdom and on ESPN in the United States. As always, we’ll have all the latest updates on the outcomes, as well as in depth fight analysis right here at World In Sport! 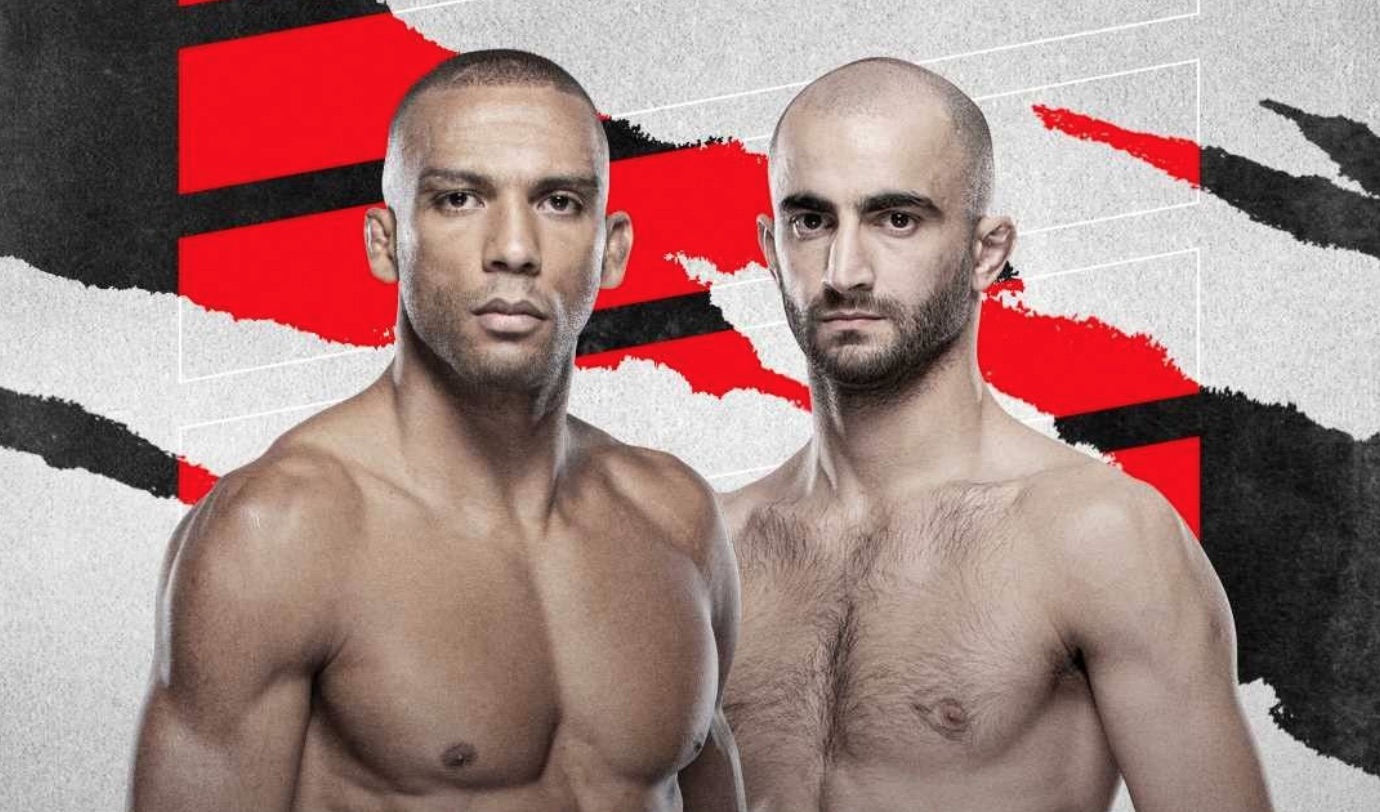