UFC Fight Night: Cannonier vs. Gastelum did not disappoint. The highlight of the night, however, did not come from the main card. A little known lightweight by the name of Ignacio Bahamondes stole the show with a wheel house kick that ended his fight in the third round with just seconds remaining on the clock. The move was so devastating that announcers were calling it a candidate for knockout of the year. Although the main card did not provide a moment as dramatic as this, there was still plenty of great action to enjoy. Without further ado, let’s get into it!

At the beginning of the fight, Gastelum’s strategy was clear. He was going to smother Jared Cannonier, bring the fight to him, close the gaps and stop his opponent from initiating the attack. In round one, the strategy largely worked. In addition to well timed strikes, Gastelum was also able to mix in a good amount of calf kicks.

The tide of the fight began to turn, however, when Jared Cannonier began using his height to his advantage and landing kicks to the upper body. In addition to a few kicks that clearly hurt Gastelum, Cannonier’s superior conditioning became evident later in the fight. Gastelum came into the fight well prepared, but Cannonier’s conditioning was world class. He walked into the octagon looking like a sculpture carved from granite. With no body fat and elite cardio vascular health, Cannonier’s ability to apply pressure late in the fight eventually wore his opponent down. This culminated when he landed an overhand right the sent Gastelum sprawling to the mat.

Gastelum certainly had his momemnts in this fight and the judges recognized that. Unfortunately it was not enough to secure the win. All three judges scored the fight 48 to 47 in favor of Cannonier.

In round one, Guida never stopped bouncing around the octagon. It looked as if he was trying to confuse his opponent with constant motion. However, while he attempted a lot of strikes, none of them were able to land squarely on his target, Madsen.

In round two, Madsen attempted to go to his strength, which is grappling. He made an unsuccessful attempt to take Guida to the mat, but the constant motion strategy was enough to prevent that. Guida attempted more calf kicks to compensate for his ability to land convincing strikes against his opponent.

In round three, Madsen’s Olympic level conditioning became clear. Guida began to slow down from his constant motions strategy and this allowed Madsen to land a few clean blows. The last round proved to be the deciding factor, as Madsen walked away with a split decision victory.

In round one, Sherman was able to score repeatedly with well timed strikes. However, it became increasingly clear throughout the round that Porter’s strategy was to abandon defense, absorb the blows and continue applying pressure. Near the end of the round, this strategy payed off when he was able to score a huge takedown, slamming Sherman to the mat.

In round two, Porter and Sherman stood toe to toe and exchanged punches. Sherman mixed in a few calf kicks but it was clear Porter’s strikes were having a bigger impact. Porter came into the fight weighing 260 lbs. Having that much weight behind his punches clearly began taking a toll on Sherman who began to look and less and less confident as the fight wore on.

Round three was a continuation of the strategy from round two, with Porter clearly taking control of the fight. The judges confirmed his dominance, awarding him a unanimous decision victory.

In round one Kakhramonav went for a chokehold to start the round. However, Jones was able to avoid his opponent’s grasp and the two men struggled against the cage for the remainder of the round. It was not exciting, as neither man established dominance or was able to score a takedown.

In round two, Kakhramonav showed off his ability to strike, and thoroughly dominated Jones. However, Jones was able to turn the tide in the second half of the round by scoring a big takedown and pummeling his opponent with a ground and pound barrage of strikes.

In round three, Jones’ combination of fatigue and desperation forced him into a bad decision. He lunged at Kakhramonav, something you should never do against an elite grappler unless you’re sure you can reach him. Kakhramonav avoided Jones’ reach and immediately put him in a guillotine chokehold. The referee had to pull Kakhramonav off of his opponent; Jones was out cold and the fight was over.

In round one, both men looked timid and decided to exchange calf kicks instead of going for strikes or takedowns. Halfway through the round, Pichel was poked in the eye; the fight was paused but it wasn’t severe enough to impair Pichel’s vision or call off the fight.

Pichel dominated round two with a barrage of strikes. Hubbard showed tremendous toughness; most men would have been knocked down or out by the force and accuracy of Pichel’s blows. Even after being pummeled for most of the round, Hubbard managed to score a huge takedown near the end, reminding his opponent that he was there to compete.

Hubbard was able to score another takedown in round three but the remainder of the round belonged to Pichel. He was able to score repeatedly with both strikes and kicks. He was awarded a unanimous decision victory for his efforts.

Pantoja was very aggressive at the beginning of round one. After scoring an early takedown against Royval, he out grappled his opponent for the majority of the round. Once the two men were back on their feet, Pantoja dominated with strikes. Unfortunately, he poked Royval in his left eye near the end of the round. It wasn’t severe and Royval was able to continue.

Early in round two, Pantoja was able to lock in a rear naked choke hold and force Royval to tap out.

In the post fight interview, Pantoja called out reigning flyweight champion, Brandon Moreno. Moreno was sitting on the sidelines and gave Pantoja a big grin, indicating he’d be willing to meet him in the octagon. When both men were contestants on “The Ultimate Fighter,” Pantoja got the best of Moreno twice. He proposed a date in December for the two of them to complete a trilogy, this time with the UFC flyweight championship up for grabs.

Jared Cannonier might be the best conditioned 37-year-old I’ve ever seen. Most men in their 20’s would love to have his physique. The biggest difference in the fight was that Gastelum began to wear down and Cannonier was just as fresh in round five as he was in round one. To his credit, Gastelum looked prepared and fought well but Cannonier is having a special moment in his career right now. There are whispers that Israel Adesanya thinks Cannonier deserves a title shot; increasingly, more people in the organization are beginning to share that view.

UFC Fight Night will return next week when Edson Barboza takes on Giga Chikadze in the main event. As always, we’ll have all the latest updates and analysis available right here at World In Sport! 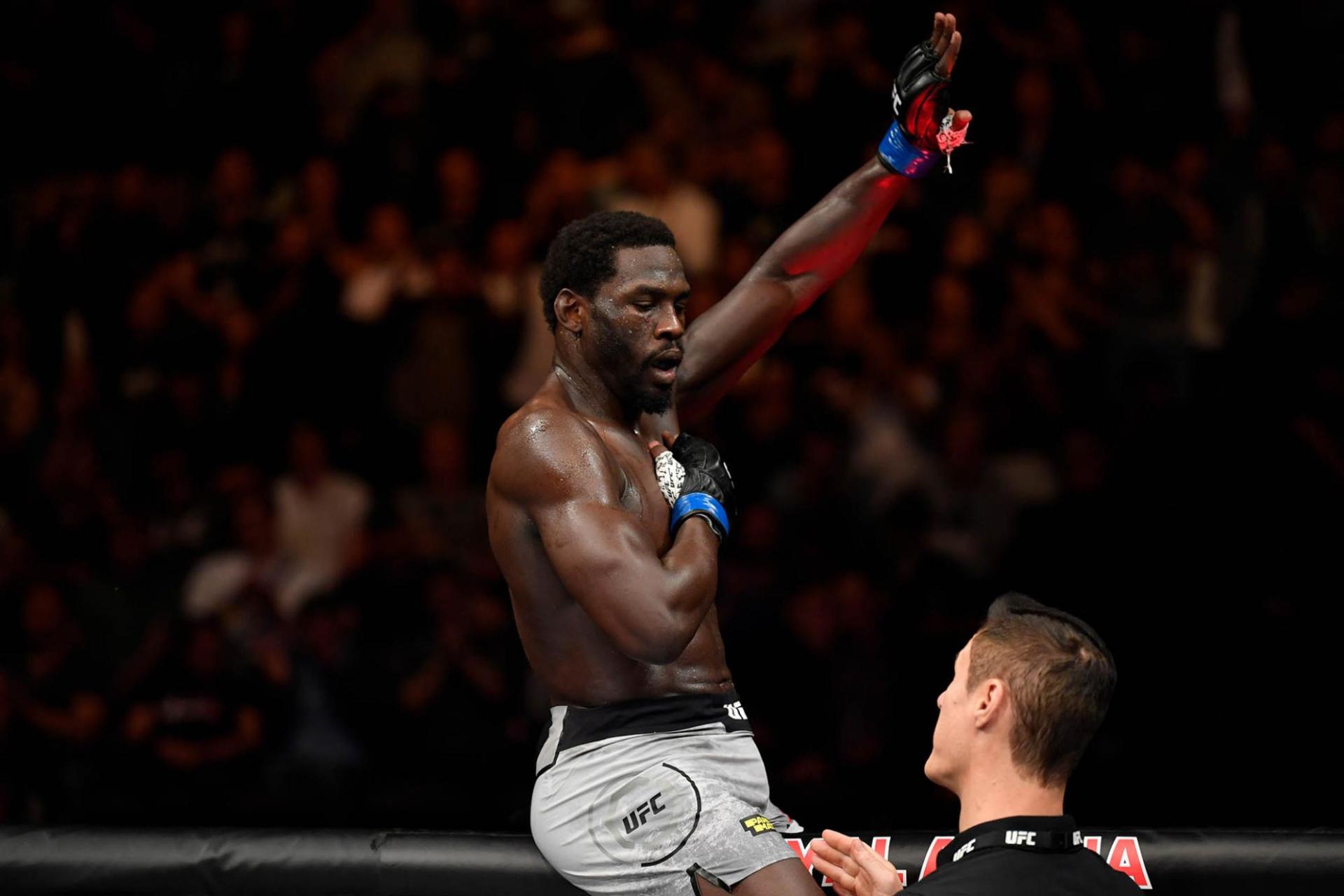