The LA Rams have acquired Sony Michel from the New England Patriots to add some much-needed depth at the running back position.

The Rams acquired running back Sony Michel from the Patriots in exchange for two draft picks. L.A. sent New England 2022 sixth-round and 2023 fourth-round picks, per the league transaction wire.

The trade has seemed to be a perfect match as it fulfils both team’s primary goals. The Patriots had shopped Michel since the 2021 NFL Draft, when they selected Rhamondre Stevenson in the fourth round, indicating an eventual move with the former first-round pick. Whilst the Rams have been looking for a new running back since losing Cam Akers for the season with a torn Achilles.

In Los Angeles, adding Michel provides veteran depth and a player who can carry a large workload if needed. If healthy, the fourth-year pro can be a difference-maker in L.A. as a runner who can thrive in McVay’s stretch scheme and be a dual-threat presence.

However, it is unclear if the former first-round pick will start or if he will play backup to third-year pro Darrel Henderson Jr. McVay noted at the time L.A. wasn’t in the veteran RB market, instead of wanting to see what it had from younger backs. Darrell Henderson, expected to be the lead rusher with Akers out, dinged his thumb in camp practices and has been working in a non-contact jersey; he’s expected to be ready for the season.

Some Rams fans may be slightly resentful towards their new running back as with seven minutes left in Super Bowl LIII, Rams fans watched as Sony Michel scored the game’s only touchdown in the Rams’ 13-3 loss to the Patriots.

On the other hand, this move seems to benefit both New England and Michel. After back-to-back 900-plus-yard seasons to open his career, Michel struggled in 2020. Participating in just nine games due to injury and a stint on the COVID-19 list, Michel compiled just 79 carries for 449 yards and one TD. In a crowded Pats backfield, the former No. 31 overall pick looked to be the odd man out this season.

The trade offers better clarity for the backfield expected to be led by Damien Harris to open the season, with Stevenson steamrolling toward more snaps with an eyepopping training camp and preseason. James White continues to be the pass-catching back. The trade benefits J.J. Taylor, whose roster spot feels more secure now as a potential change-of-pace back.

Although New England didn’t receive a whole lot on paper as they traded a former 1st round pick for a 4th and 6th, it is a very good move on their part. Many believe that Michel would have been 3rd or 4th in the Pats depth chart if he even made the roster. So to get 2 draft picks for him is a pretty solid trade deal.

The 31st player selected in the 2018 NFL Draft, Michel rushed for 2,292 yards (with a 4.3 yards per carry average) and 14 touchdowns during his first three seasons. He justified his draft stock in the 2018 playoffs, rushing for 336 yards and six touchdowns while averaging 4.7 yards per carry. Injuries have limited Michel’s productivity, however, as he missed 10 games to injury during his time in New England. He ran for a career-low 449 yards last season after missing seven games

The Rams will now be hoping that Michel can find his old form and help boost the Super Bowl contenders to their first ring since 2000. 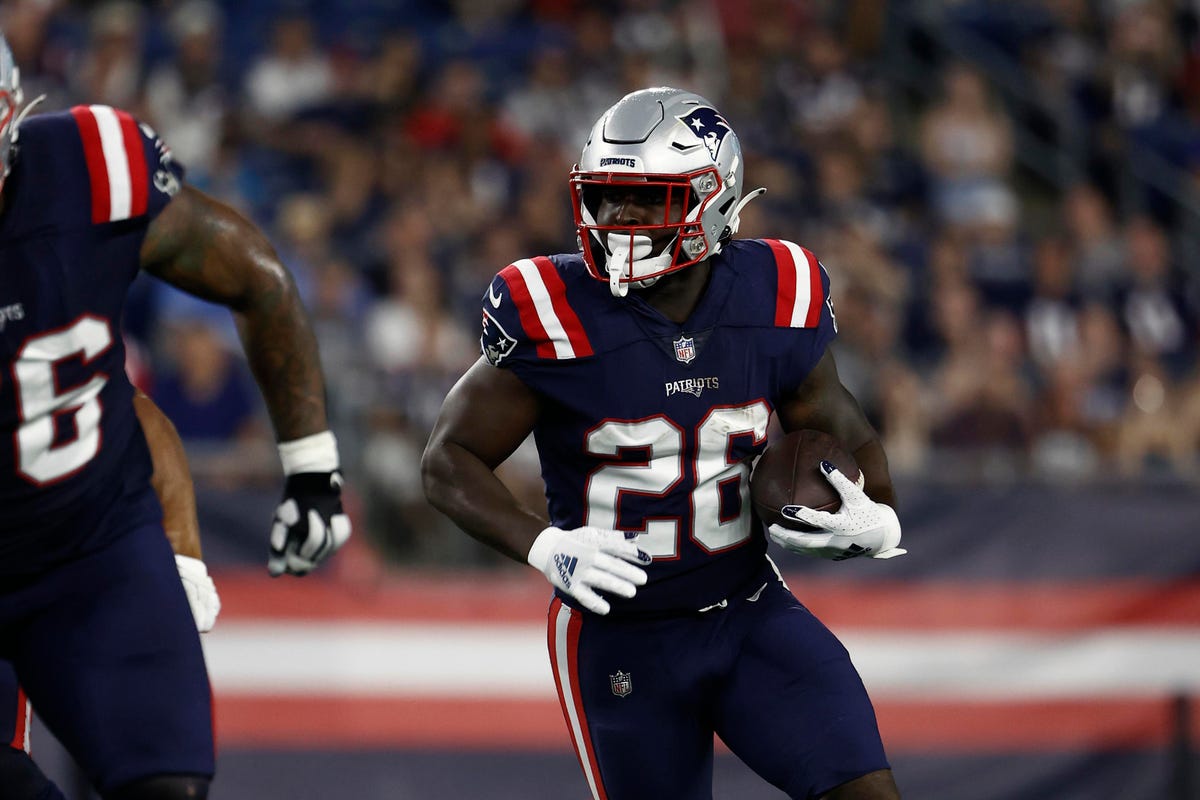