The eyes of the world are on Las Vegas today as Tyson Fury and Deontay Wilder meet in a much anticipated third fight. The UFC started the day for fight fans with a five-fight main card from “Sin City.” Without further ado, let’s get into it!

Coming into today’s bout, Mackenzie Dern was on a four-fight win streak. All of the odds makers listed her as the favorite to win her matchup against Marina Rodriguez. However, in the world of combat sports things often don’t go as planned.

This fight was a classic case of striker versus grappler. Dern is an impressive grappler who can establish holds with her legs that most fighters would struggle to establish with their arms. Her skills are an impressive display of ambidexterity and creativity. Rodriguez is one of the taller fighters in the strawweight division and she has impeccable timing. When Dern was able to force the action to the mat, she dominated; when Rodriguez was able to stay on her feet she was outstanding.

Dern’s lone shining moment came in round two. She dominated the round from start to finish. Twice, she almost forced Rodriguez to tap out. At one point, it looked as if Rodriguez was going to be able to reverse Dern’s takedown and turn it into a chokehold in her advantage. However, Dern surprised everyone and locked Rodriguez’s arm in a hold that almost forced her to submit. This was by far Dern’s most aggressive round and easily the most impressive maneuver of the fight.

Rounds one, three, four and five all belonged to Rodriguez. Dern’s corner could be heard yelling louder than anyone in the audience for her to pick up the pace in the final round. Rodriguez was unrelenting and unwilling to provide Dern with an opening. After dominating the majority of the fight with striking, Rodriguez mixed in a couple knees to Dern’s face in round five. For her efforts, Marina Rodriguez was awarded the unanimous decision victory. Most likely, this means that Rodriguez will move up to the top five in the division when the new rankings are released; Dern will stay in the top ten but will have to work her way back up if she wants to be considered elite again.

Jared Gooden is only 27 years old. Often times, athletes under 30 who are still putting on muscle during the course of training don’t realize the full potential of their bulk and muscularity. Gooden missed the welterweight limit of 170 lbs. at weigh-in, coming in at 174 lbs. He is a very fit fighter but his body is still growing. It is time for him to accept that he has fought his last fight at welterweight; his natural build dictates that he must move up to the middleweight division.

At the opening bell, Randy Brown extended a high kick that landed squarely on Jared Gooden’s face. It would have been an excellent way to begin the fight if it hadn’t cost Brown his index toe on his right foot. Having a toe that was clearly broken throughout the rest of the fight, Brown fought off of his left leg and avoided putting pressure on his right foot.

Gooden took advantage of Brown’s impairment and hit him with a barrage of calf kicks. Brown struggled to gain any more momentum and Gooden dominated the round. However, Brown was resilient in rounds two and three, using every inch of his 6’3″ frame to his advantage. He was able to use his reach to flick out well timed jabs that Gooden had no answer for. In round three, he barely missed a flying knee that surely would’ve ended the fight had it landed. Brown walked away with a unanimous decision victory. The fact that he was able to overcome a broken toe that clearly impaired his ability to perform speaks volumes about his toughness.

If you’ve read any of my previous articles, you know by now that I never shed a tear when show-offs lose a match. Tim Elliott fit that description today. He fought with his hands down, he taunted his opponent, he was not in elite cardiovascular condition, and he seemed to buy into the odds makers’ predictions that he would win the fight. No athlete should ever underestimate their opponent, especially not in combat sports. Today, Elliott learned that lesson the hard way.

Elliott’s lone highlight came about during a nice takedown in round one. However, Matheus Nicolau was undeterred, refusing to be discouraged and fighting to his feet. Once he was on his feet he responded with a nice striking combo that let Elliott know he was in for a fight. Later, in the third and final round, Nicolau executed a reversal of fortunes and took Elliott to the mat. Elliott was clearly out of breath and made no attempt to get to his feet. Instead, he opted to strike Nicolau while laying on his back. The judges saw through this façade and awarded Matheus Nicolau a well earned unanimous decision.

Mariya Agapova looked cool, calm and collected before her fight against Sabina Mazo. She smiled and waived at the cameras before Brue Buffer announced the fighters’ names to the audience. Once the opening bell rang, she instantly morphed into a cold blooded assassin.

In round one, Agapova put the audience on notice that they were in for a display of skill and power when she hit Mazo with a spinning backwards strike that landed squarely on her jaw. Agapova would go on to mercilessly dominate rounds one and two with a seemingly endless barrage of well timed strikes.

At the beginning of round three, Agapova landed a vicious overhand right that drew audible gasps from the audience. As Mazo crashed to the mat, Agapova pounced on her and put her in a tight chokehold. Sabina Mazo immediately tapped out. Congratulations to Mariya Agapova, her performance was easily the most spectacular of the night.

Chris Gutierrez and Felipe Colares were relatively cautious in the opening round of their fight. Gutierrez opted to attack Colares with calf kicks; Colares opted for high body kicks to the mid section. As the round went on, both men became more aggressive and they eventually found themselves in a grappling match against the side of the cage. Neither man gained a clear advantage but it was clear they’d both loosened up and were now ready to fight.

In round two, Gutierrez decided to be more aggressive and increased his activity levels. Not only did he continue initiating calf kicks and body kicks, he mixed in well-timed jabs that Colares did not see coming. He was also very clever with his body movements, causing Colares to miss his own striking attempts on more than one occasion. In round three, Colares scored a big takedown and Gutierrez struggled to recover. However, he eventually regained his senses and even scored a takedown of his own at the end of the round.

Due to the slow pace of round one, it was a difficult one to score. Round two easily went to Gutierrez, and round three could have gone to Colares due to the large impact of his early takedown. Chris Gutierrez was given a split decision victory. Ultimately, evenly matched fights are awarded to the more active fighter. Gutierrez did more to impress the judges than Colares and he was awarded for that.

Mariya Agapova belongs on all of the nightly highlight shows after her spectacular strike-choke combo to end the fight against Sabina Mazo. It was the type of the moment that made everyone in the Apex Center stand to their feet.

UFC Fight Night returns next week with a main card highlighted by Aspen Ladd taking on Norma Dumont. As always, we’ll have all the latest updates and analysis available right here at World In Sport! 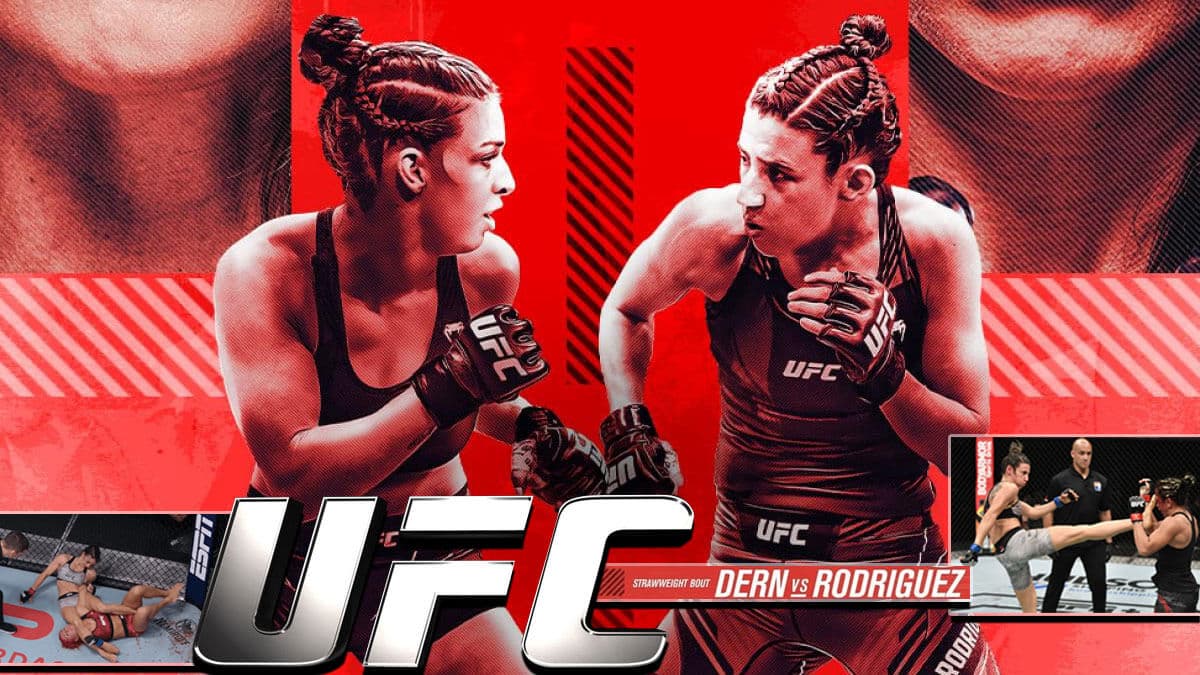