UFC Fight Night featuring Jung vs. Ige was another entertaining installment of what has become a series fight fans have grown to anticipate. These events at the Apex Center in Las Vegas have a unique feel to them. The fighters are hungry and desperately want to earn their shot at maiking a pay-per-view appearance. Without further ado, let’s get into it!

It was clear from the opening bell that these two fighters were going to play to their strengths. Ige is a superior striker and Jung is a superior grappler. In round one, Ige landed a nice left uppercut that stunned Jung. Jung proceeded to score a takedown, but Ige was able to fight out of it. The biggest blow of the round was landed by Jung courtesy of an overhand right that landed squarely on Ige’s jaw.

In round two, Jung picked up right where he left off, again landing a nice overhand right. He then scored a takedown and dominated the grappling while the two men were on the mat. A clash of heads late in the round opened a gash over Jung’s left eyelid, which caused serious bleeding and had to be attended to. After having great success with grappling in round two, Jung continued this strategy in round three, dominating the entire round with his superior wrestling skills.

In round four, Ige could sense that he was behind on the scorecards and began throwing strikes at a more rapid pace. He landed a few good shots but Jung was again able to engage him in a grappling war. Ige responded by switching up his strategy in round five and delivering body blows before going upstairs to land shots to Jung’s jaw. He clearly affected Jung with these shots and it begs the question, “why didn’t he do this earlier in the fight?” At this point Jung was clearly ahead on the scorecards and he solidified the victory with another takedown near the end of the round.

In what was in no way a controversial decision, Chan Sung Jung, aka “The Korean Zombie,” was awarded the unanimous decision victory.

In round one, Oleinik was very aggressive. He initiated contact with strikes and even scored a late takedown. However, he was unable to get a grip on the chokehold he attempted on Spivac. The younger Spivac fought his way out of it and that seemed to be a momentum changing event.

Spivac got the better of Oleinik in the striking portions of round two but Oleinik again dominated him on the mat. At the end of the round, he finally got the chokehold he’d been looking to score with all night. However, Spivac was saved by the bell. Had there been ten more seconds left, Spivac may have been forced to tap out.

In round three, Oleinik finally looked like a man who was over forty. He was clearly fatigued the entire round and the younger Spivac was able to dominate. He landed strikes on a nearly defenseless Oleinik with increased accuracy. Eventually, he landed a considerable cut on the older man’s forehead which caused a great deal of bleeding.

Spivac was awarded the unanimous decision victory. Round three was so one-sided that he had to be given a two-point round. Up until then, the decision was in the balance, but the up-and-comer deserves credit for putting the fight out of reach with a dominant final round.

Both of these fighters were cautious in the opening round. While trying to feel each other out, they exchanged scoring-level calf kicks. Vera put his stamp on the round by scoring a nice takedown before the bell.

In round two, an elbow by Vera opened a gash on Grant’s forehead. However, Grant showed resilience by landing a high kick and scoring a takedown with a little over two minutes left in the round. Vera was unwilling to left Grant have the momentum and fought his way out of a grappling match. He then landed some big strikes of his own before the conclusion of the round.

Vera clearly wanted to put the fight out of reach at the beginning of round three. He scored a big takedown early in the round. He then locked in a chokehold that had the potential to force a tap-out by Grant. To his credit, Grant never stopped fighting and was able to avoid the submission.

Vera was awarded the unanimous decision victory. This was a good performance by him and it should improve his place in the division when the new standings come out.

Seungwoo Choi is gifted with power. Some fighters are blessed with hands and feet that make a “thud” when they land. These shots clearly affect the other man and turn offensive fighters into defensive minded survivors. From the opening bell, Choi began landing shots that echoed around the arena. When he landed, you could see the impact on Erosa through his facial expressions and his body language. The deciding blow was a left hook that sent Erosa crumbling to the mat. Choi gave him a couple more strikes once they were on the mat and the referee had no choice but to stop the fight.

If he continues to perform like this, Choi may find himself on the main card of a pay-per-view event in the near future.

Turman attempted an early takedown but Silva would not concede the position. Eventually, Silva was able to reverse the position and gain the dominant standing. Once he was on top, Silva was relentless. He proceeded to hit Turman with ground and pound shots that knocked him out cold.

Turman looked dazed even after they were able to wake him up. Although Silva deserves credit for doing his job, the biggest takeaway from this match is the underwhelming performance of Turman. Silva will find himself with more opportunities to perform while Turman must do some soul-searching to find out his direction.

In round one, both men took a cautious approach. Lima landed the best blow of the round with a high kick that landed on Brown’s head. Other than that, it was primarily an exchange of calf kicks and attempted strikes that were glancing if they landed at all.

Both men were more aggressive to start round two. Lima attempted a couple takedowns, but they were unsuccessful against the wily veteran who managed to stay on his feet. Brown engaged the younger man in a striking exchange and baited his opponent into throwing an ill-advised looping right. Brown was able to avoid the strike and followed it up with a perfectly timed overhand right of his own. The blow landed squarely on Lima’s chin, knocking him out cold and immediately ending the fight.

Matt Brown is forty years old and this was an admirable performance. In the middle of the octagon he could be heard screaming “how’s that for forty!” His age had been the topic of conversation building up the fight and he was clearly motivated to show fight fans that he still has something to offer the sport.

Although there were several knockouts, the biggest takeaway of the night is that Chan Sung Jung has the potential to become a marquee name in the organization. He performed well against a respected veteran of the sport. He also has a cult like following in Korea and UFC would love to gain the support of their fanbase. If he continues to perform well, he may get the title shot he has craved since joining the organization.

The next installment of UFC Fight Night featuring Gane vs. Volkov will take place on June 26th at the Apex Center in Las Vegas. As always, we’ll bring you all of the breaking news here at World in Sport! 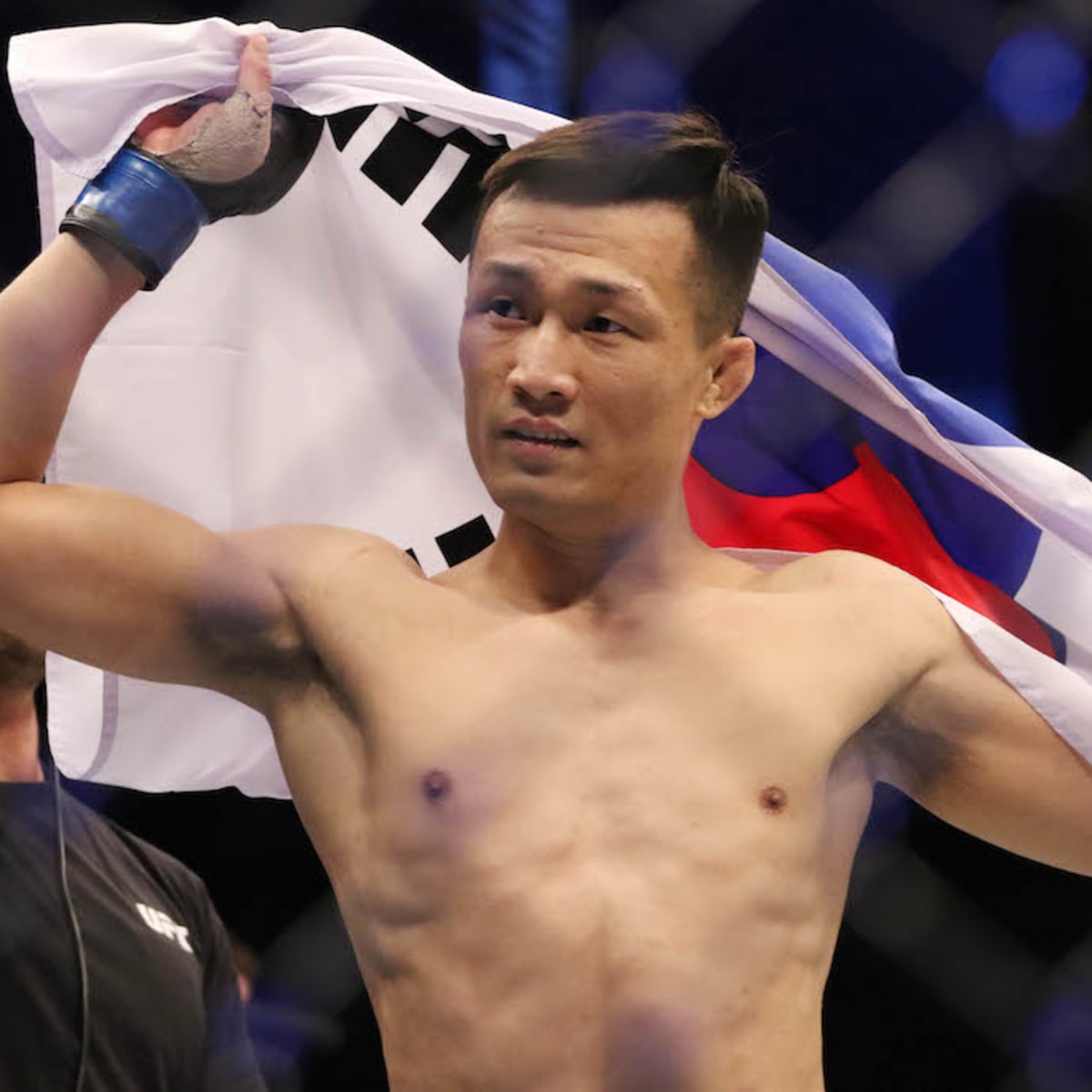