Perennial contenders Marina Rodriguez and Amanda Lemos are two of the top ten fighters in the UFC‘s women’s strawweight division. Although each of them is highly touted and deserving of top billing, neither athlete has been able to achieve championship status in the world’s most renowned mixed martial arts organization. On Saturday, the two of them will meet in the center of the octagon to determine which woman will get one step closer to the ultimate prize. There’s a lot to unpack here; without further ado, let’s get into it!

In 19 professional fights, Marina Rodriguez has suffered two draws and one loss. To say that she has been dominant would be an understatement. Rodriguez spent the first three years of her career competing in regional circuits in South America before joining the UFC in 2018. She is currently on a four fight win streak, but is still in search of that allusive title shot. Her last three opponents, Michelle Waterson, Mackenzie Dern and Yan Xiaonan, are among the most respected combatants in the division. If Rodriguez is able to secure one more victory, it may be enough to earn her a chance to compete for the belt!

Like Rodriguez, Amanda Lemos also hails from Brazil. Among her twelve professional victories, there are only two decisions; the rest of her wins have come by knockout or submission. Lemos is among the most dangerous competitors in the women’s strawweight division and none of her opponents are brash enough to take her lightly. At 35-years-old, she is desperately seeking the title shot that has alluded her since joining the UFC. A win against Rodriguez at UFC Vegas 64 would go a long ways in helping her obtain that.

Neil Magny is a United States Army veteran and former American College Football player who has transformed himself into one of the most respected Welterweights in the UFC. At 35-years-old, opponents know they are in for a battle every time they step into the octagon to face him. Although he is currently ranked in the top fifteen in the division, he has never cracked the top ten, which is a major component in his inability to land a title shot. A win against up-and-comer, Daniel Rodriguez, on Saturday would be more evidence of Magny’s octagon savvy and veteran leadership within the organization.

Like Magny, Daniel Rodriguez is 35-years-old. However, he had no background in athletics before he decided to give combat sports a try in his mid-twenties. Almost ten years later, he finds himself on a four-fight-win-streak in the world’s most renowned mixed martial arts organization. He is known as one of the best strikers in the welterweight division, while Magny’s background in collegiate wrestling has translated into his proclivity as a grappler. This fight is a story of contrasting styles between two octagon-tested warriors. You won’t want to miss it!

ALSO READ:  UFC 280 Review: Islam Makhachev is the King of the Lightweight Division!

Heavyweight challenger Chase Sherman was once the King of the Bare Knuckle Fighting Champions League. However, after losing his title in a tough decision by the ringside judges, Sherman returned to mixed martial arts and the UFC in 2020. In July of this year, he had an impressive outing against Jared Vanderaa, winning by technical knockout in the third round. His next opponent, Josh Parisian, had an impressive display of power the month prior, defeat Alan Baudot via second round knockout. There will be a lot of punching power on display when these two giants climb into the octagon together. You won’t want to miss it!

Flyweight prospect, Tagir Ulanbekov, hails from the same Russian city as newly crowned Lightweight champion Islam Makhachev. The city is quickly becoming known as the most prolific hub for producing world class mixed martial arts talent. Although Ulanbekov made his UFC debut over two years ago, he has been relatively inactive. He has amassed a record of two wins and one loss, and there are questions as to whether or not he has the same commitment as the Dagestanian fighters who paved the way for him. On Saturday, he will get his chance to prove the naysayers wrong and add another victory to his growing number of fights.

In June of this year, Nate Maness lost to Umar Nurmagomedov, the cousin of the legendary Khabib Nurmagomedov and the former sparring partner of his next opponent, Tagir Ulanbekov. Prior to that, the 31-year-old had strung together four consecutive victories and looked as impressive as he has at any point in his career. On Saturday, he will once again face a gladiator from Dagestan, this time hoping for a much different result.

Lightweight prospect Grant Dawson has yet to lose a fight during his tenure on the UFC’s roster. The lone blemish on his record in the organization is a draw between he and Ricky Glen in October of last year. His next opponent, Mark Madsen, is 14-years-older than Madsen and has a wrestling record equally as impressive as his mixed martial arts record. This is a case of youthful exuberance versus experience and wisdom. Make sure to tune in to witness all of the action!

UFC Vegas 64 can be viewed on BT Sport in the United Kingdom and on ESPN Plus in the United States. As always, we’ll have all the latest updates about the outcomes of the fights, as well as in depth analysis available right here at World in Sport! 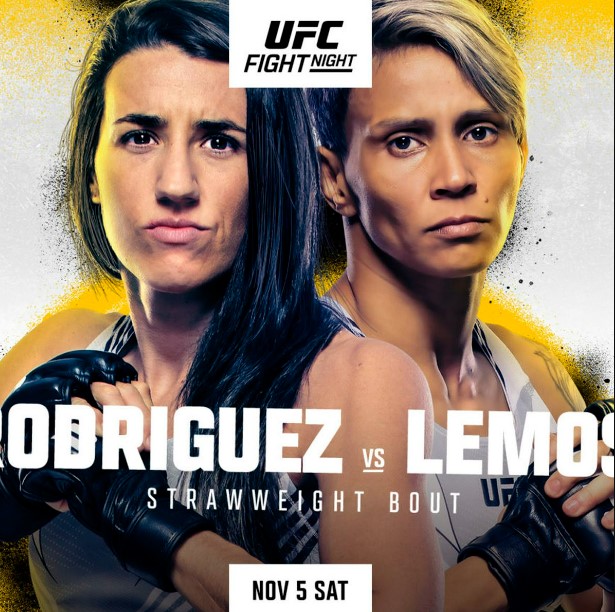