In December of 2021, Derrick Lewis defeated Chris Daukaus by knockout, becoming the UFC’s all-time leader in knockout victories in the process. In the post-fight interviews, Lewis stated that having the record was nice but it wasn’t his main goal; he still had his sights set on becoming the UFC’s Heavyweight Champion. Unfortunately, things have not gone as planned for “The Black Beast” in 2022. Two defeats by knockout this year have cast doubts on his ability to win a title, especially at age 37. At UFC Vegas 65, against Sergey Spivak, Lewis will get a chance to remind the world why he is still considered a championship contender. There’s a lot to unpack here; without further ado, let’s get into it!

After winning the Legacy FC Heavyweight Championship in 2012, and having one successful title defense in 2013, Derrick Lewis was called up to the most renowned mixed martial arts organization in the world. Since joining the organization, he’s had one shot at the Undisputed UFC Heavyweight Championship and one shot at the Interim Title. Unfortunately, he came up short both times. After losses at UFC 271 in February and UFC 277 in July, Lewis is looking to bounce back and prove he is still among the elite heavyweights in the world.

27-year-old Moldovan Heavyweight Sergey Spivak has won five out of his last six fights and has climbed to twelfth in the UFC’s divisional rankings. Once upon a time, he was the heavyweight champion of the WWFC organization, successfully defending his belt twice before being called upon to join the UFC’s roster. He has wins against notable fighters like Tai Tuivasa and Greg Hardy; it seems to be only a matter of time before he gets a title shot. On Saturday, octagon veteran Derrick Lewis will attempt to make him wait just a little while longer.

Standing 6’5″ and weighing 205 pounds, Kennedy Nzechukwu is built like a basketball shooting guard. Growing up in Nigeria, Nzechukwu did not relocate to The United States until he was eighteen-years-old. If he’d spent his entire life in a Western nation, he most likely would have been a Fútbol goalie in the professional ranks instead of a mixed martial artist. Nevertheless, he has amassed a respectable record of seven wins and three losses since becoming a professional in 2016. While he is still not ranked in the light heavyweight division, he is only 30-years-old and still has time to leave an indelible impression on the sport.

Five out of the last six of Ion Cutelaba’s most recent octagon appearances have resulted in a loss or a draw. He is respected for the years of experience he brings with him every time he performs; Cutelaba’s pro debut occurred ten years ago in 2012. In the WWFC he was a dominant force, winning seven consecutive fights before joining the UFC. However, his record has been mediocre at best since joining the most renowned mixed martial arts organization in the world. This bout is a tale of an experienced veteran facing an up-and-coming prospect. You won’t want to miss it!

Heavyweight challenger Chase Sherman most likely halted his expulsion from the UFC in July of this year when he defeated Jared Vanderaa with a third round knockout. Leading up to that moment, he’d lost four consecutive fights and there were rumors that his time with the organization was coming to an end. His fight on Saturday gives him an opportunity to have an even split this year; he currently sits at two losses and one win for 2022. However, his next opponent is a young up-and-comer who will not be an easy task.

Waldo Cortes-Acosta fought just three weeks ago, at The Apex Center on October 29th. That fight resulted in a unanimous decision victory against Jared Vanderaa. At 31-years-old, Cortes feels a sense of urgency, having a professional record of eight wins and zero losses. The more experience he acquires, the closer he can get to a championship fight before his prime years are lost. This is a case of an aging fighter spiraling downwards against a rising fighter aiming for the top of the division. Be sure to tune in!

In November of 2014, participating in an event staged by the now defunct Cage Fighters organization, André Fialho won three fights on the same night while fighting in Portugal. While that seems like a legend and not a true story, it is indeed fact and is a feat that Fialho can lay claim to no matter what else takes place in his career. Fialho made his UFC debut in January of this year at UFC 270, and he is on the cusp of participating in his fifth fight under the organization’s banner. To say that the 28-year-old welterweight is eager to succeed would be a gross understatement. His fighting prowess is impressive; his work ethic is off the charts!

38-year-old Muslim Salikhov has been a professional mixed martial artist since 2011, has only lost three times, and has never been crowned the champion in any organization he’s participated in. If that is a surprising set of facts, additional context will help clarify the confusion. Salikhov has simultaneously amassed an impressive professional kickboxing record and has also managed to win an Olympic Gold Medal in Sanda while representing Russia. He may not have won a title in mixed martial arts, but everyone recognized Salikhov as a champion. You won’t want to miss this clash between a rising star and an aging legend!

26-year-old Welterweight prospect Jack Maddalena won each of his first two fights under the UFC’s banner by technical knockout in the first round. However, his success at UFC 270 and UFC 275 do not guarantee similar results against his next opponent, Danny Roberts. Roberts is a 35-year-old seasoned veteran out of London, England who has been a professional since 2010. To say he has the experience factor on his side would be an understatement. Be sure to tune in when the rising Maddalena takes on the experienced Roberts in a clash of generations!

UFC Vegas 65 can be viewed on BT Sport in The United Kingdom and on ESPN Plus in The United States. As always, we’ll have all the latest updates about the outcomes of the fights, as well as in depth analysis, available right here at World in Sport! 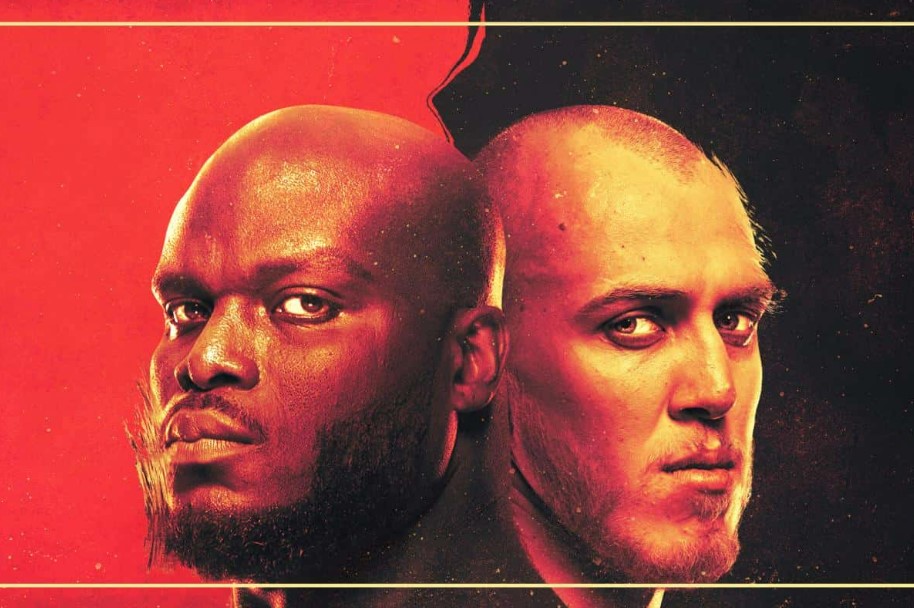