The Toyota Center in Houston is becoming as familiar a site for major UFC events as the MGM Grand in Las Vegas or Madison Square Garden in New York. As always, the fans were raucous and the fights were exciting. UFC 271 featured a great balance between battles that went the distance mixed in with impressive stoppages and submissions. There’s a lot to unpack here, without further ado, let’s get into it!

Robert Whittaker vowed to come out a more determined man this time around, compared to his previous outing against Israel Adesanya in October of 2019. While he was definitely intense, it was Adesanya who set the tone early on, dropping Whittaker to the canvas at the 2 minute mark in round one with an overhand right. Whittaker showed his resolve and bounced right back to his feet. He successfully took Adesanya to the mat with a fierce takedown at the 1:30 mark in the round; this would set the tempo for the entire fight.

Although Whittaker looked dejected to start the round, he bounced back nicely in round two. It was a fairly even round but a strong argument could be made that Whittaker stole the round by making the biggest statement when he scored yet another takedown against Adesanya. In rounds three and four, The Last Style-bender asserted himself. He put on a display of striking and elite timing, mixed in with superior quickness, that could easily remind fans of a prime Anderson Silva. Whittaker fought admirably and continued to attempt takedowns but it was to no avail.

In round five, everyone in the arena knew Adesanya was ahead on the scorecards. Whittaker desperately tried more takedown tactics but Adesanya’s camp prepared him for this. They obviously worked on grappling defense during training camp because this was the best resistance to repeated takedowns I have seen from Adesanya. Ultimately, round five was the only round that Whittaker decisively won. Adesanya was granted a unanimous decision victory by the judges. He and Whittaker buried the hatchet after the fight, following an intense week of trash talk leading up to the fight. Now that it’s over, the conversation dominating the middleweight division is who should Adesanya’s next challenger be. Whoever he fights next will be up against a champion in his prime who’s showing no signs of slowing down. Israel Adesanya is clearly the best middleweight in the world; there’s no denying that.

Fight fans knew heading into the match that Derrick Lewis and Tai Tuivasa would not go the distance when they climbed into the octagon together. These two heavyweight sluggers hit hard and look for the opportunity to knock their opponent out when they land. Both men have a well earned reputation for ending fights early and this fight would not disappoint.

Tuivasa surprised everyone in the arena when he decided to stay in close to Lewis and tie him up to prevent him from throwing major blows early on. Lewis, in turn surprised fans by executing a nice inside-out sweep kick to take Tuivasa to the mat. He also mixed in a few well-timed high kicks throughout the round. Once Lewis scored a late takedown, he pummeled Tuivasa with vicious uppercuts. It was a dominant round for Lewis and it looked like it was only a matter of time before he knocked Tuivasa out.

In the second round, Lewis put Tuivasa on the retreat with heavy pressure and power shots. Tuivasa again decided to clinch but this time he mixed in a well-timed elbow. The shot landed on the side of Lewis’ face and dazed him immediately. Lewis then began to retreat and Tuivasa capitalized on the moment. He hit Lewis with a strong overhand right and then another emphatic elbow. Lewis fell asleep immediately and went face first into the mat. The fight was over on a second round knockout. As is his custom, Tuivasa celebrated by drinking beer out of a few shoes offered up by fans in attendance. He’s a wild man, and one to keep an eye on in the heavyweight division.

Jared Cannonier and Derek Brunson are aging fighters who seemed to have defied father time. At 37 and 38-years-old respectively, they are both performing better than ever. Cannonier prefers to strike, while Brunson possesses brute strength and prefers to wrestle. This was a case of two fighters vying for a title shot, with contrasting styles, who knew they had to get through each other in order to reach their goal.

In the first round, Brunson’s strength was on full display. He man handled Cannonier and had his way with him using takedowns and superior grappling. Cannonier did an admiral job of mixing in strikes but Brunson’s last takedown was emphatic. He was able to place Cannonier in a rear naked chokehold and would have been able to force him to submit if there was more time left in the round. Ultimately, time ran out and Cannonier was saved by the bell.

In round two, Cannonier landed an early strike that immediately altered the dynamic of the fight. Brunson was dazed and Cannonier knew he had to capitalize or risk his opponent returning to his faculties and using his superior strength again. This time Cannonier hit Brunson with an elbow and a back-fist that sent Brunson to the mat. Cannonier pounced on Brunson and proceeded to pummel him with a ground and pound attack. Brunson’s corner knew their man had taken enough and wisely threw in the towel. This was an impressive win for Cannonier. He overcame adversity and won by knockout. It just goes to show the old saying is still true, “It ain’t over, till its over.”

Lightweight prospects Alexander Hernandez and Renato Moicano are a tale of opposite fighting styles. Hernandez prefers to engage in a striking exchange while Moicano prefers to grapple. In round one, this difference was on full display. Hernandez attempted to unleash a barrage of strikes but Moicano closed the gap with a great change-of-levels maneuver that gave him access to Hernandez’s mid-section. Once there, he executed a takedown. Hernandez was able to fight to his feet but the foreshadowing of things to come had already taken place.

In round two, Moicano forced his will upon the fight. When Hernandez tried to strike, Moicano displayed impressive counterpunching skills. Moicano then executed another takedown, this time establishing an anaconda hold once the two fighters were on the mat. He was able to force Hernandez to tap out. It was an emphatic victory for Moicano; he will be a fighter to keep an eye on in the ultra-talented lightweight division for years to come.

Bobby Green is in great shape at 35-years-old. Nasrat Haqparast is just 26-years-old, but it looked like his conditioning leaves something to be desired. Green is clearly the superior athlete but it did not appear that Haqparast’s preparation for the fight was on par with his opponent. Green came into the fight with a reputation as one of the quickest men in the division who can execute well-timed strikes at will. At UFC 271, he proved his reputation to be true.

Only when an athlete has superior quickness to his opponent can he afford to walk around the octagon with his hands down instead of up in a protective position. Bobby Green left his hands at half-guard while Haqparast kept his hands near his face the entire fight. However, Green was able to constantly slip his opponent’s guard and jab him at will. By the end of round one, Haqparast was bleeding from a cut under his left eye. Rounds two and three looked like instant replays of the first round. Green was awarded a unanimous decision victory for dominating all three rounds; meanwhile, its back to the drawing board for Haqparast.

The major storyline heading into UFC 271 was the impact this event would have on the middleweight division. Adesanya versus Whittaker was seen as the battle for supremacy between the division’s best two fighters. Cannonier versus Brunson was seen as the battle for the next title shot between the two most worthy challengers. At the end of the night, Adesanya is still the King of the division and Jared Cannonier should be named the number one contender. Cannonier asked Dana White for the title shot during his post-fight interview. Time will tell if he is granted the opportunity, but in my opinion he’s earned it.

The UFC will be hosting another edition of Fight Night from the Apex Center in Las Vegas on Saturday, February 19th. The main event of the evening was initially scheduled to be Rafael dos Anjos versus Rafael Fiziev in a battle of two light heavyweight contenders. However, there are rumors that Fiziev will be forced to pull out of the fight due to an undisclosed injury he suffered during training camp. Either way, the show must go on, and the organization will move one of the other main card bouts up a slot to fill the void. As always, we’ll have all the latest updates about the outcomes of the fights, as well as in depth analysis available right here at World in Sport. Until next time, take care of yourselves, and each other. 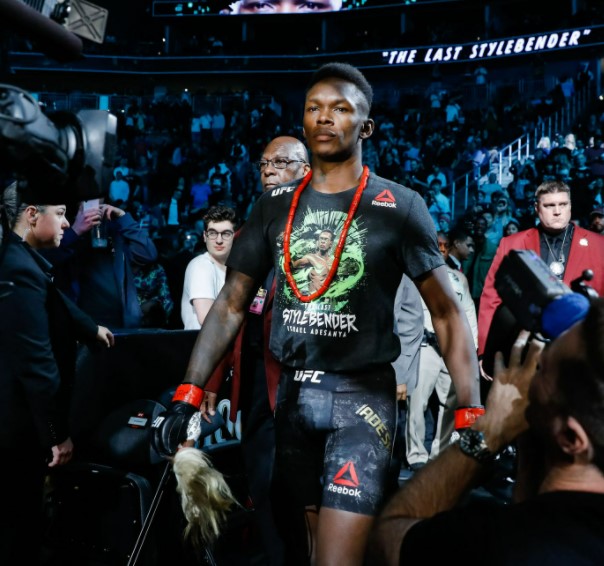