Two of the biggest clubs in English football face each other in a mouth-watering contest this Sunday. Man United are looking to renew old rivalries as they host an in-form Liverpool side who haven’t lost a game in their last 12 matches. Only Chelsea, Man City, and newly-promoted Brentford have taken points away from the former Premier League champions. United, on the other hand, haven’t won a Premier League game in their last three, including a miserable 4-2 defeat to Leicester City last match.

Both clubs, however, come into this fixture having won their last Champions League game with both sides’ victories seen in contrasting ways. Liverpool defeated Spanish champions Atletico Madrid with Mohammad Salah netting himself a brace to make it nine goals in nine appearances for the Egyptian and has meant Liverpool top their group. United came down from two goals at home to Atalanta to win 3-2 after another late Cristiano Ronaldo goal.

Despite this sensational comeback, United’s performance has come under scrutiny with former Manchester United legend Paul Scholes stating on BT Sports: “They conceded still so many chances. Now if you’re playing against quality players, there’s no way you’re winning that game”. Indeed, United have conceded six goals in their last two games and begs the question – can United’s defence cope with the world’s most in-form player?

The Red Devils are four points behind Liverpool in fifth place and now endure a challenging run of fixtures facing Tottenham, Man City, Chelsea and Arsenal in their next six Premier League games. With Ole Gunnar Solksjear’s job in jeopardy after claims United are a dysfunctional team filled with individuals, an extended run of bad form could result in the former Manchester United man losing his job.

ALSO READ:  The start of the season has already shown Thomas Frank’s Brentford will surprise a few
Embed from Getty Images

Admittedly, Liverpool’s defence, as with United’s, still doesn’t look up to scratch with defender Virgil Van Dijk (pictured above) failing to hit his previous heights of the 2019-20 season after a lengthy period out injured. But, with the front three of Mane, Salah, and Firmino performing back to their very best, their defensive problems shouldn’t be a major point of concern.

Marcus Rashford has scored two goals in two games since his return from his shoulder injury which delayed his start to the season, but the Manchester United forward suffered a dead leg in the midweek fixture against Atalanta and is a doubt for the game. Midfielders Bruno Fernandes and Fred are also facing late fitness tests after picking up knocks midweek.

New signing Raphael Varane remains sidelined and fellow Frenchman Anthony Martial is closing in on a return after sustaining an injury away with his national side.

Liverpool’s Thiago is also getting closer to returning to training but is still recovering from a calf problem. There are also doubts over Curtis Jones who has returned to training this week and could feature. Fabinho is likely to return to the starting line-up after missing out last week because of international duty.

Manchester United haven’t defeated Liverpool in their last six matches, winning one in their last ten against them. The last match between these two sides resulted in a 4-2 defeat to Manchester United. United are hoping they can kick on from their European win midweek at Old Trafford with another against Liverpool as they kick-off at 4:30 pm BST at home. 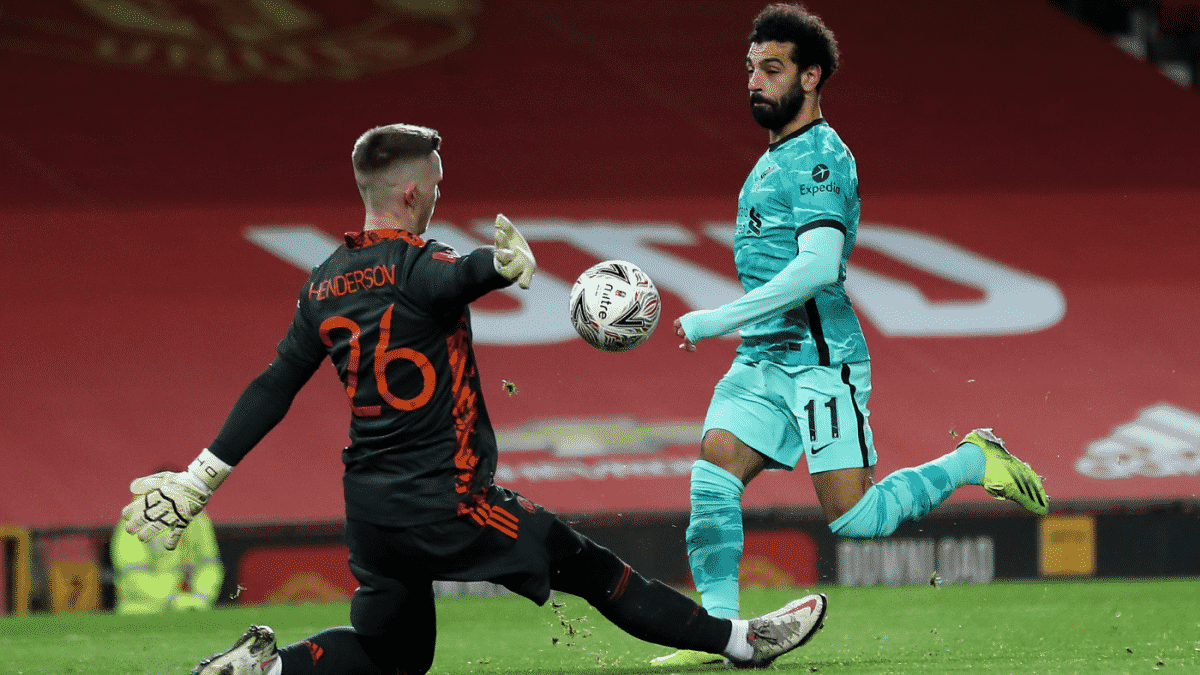