Riley, 38, has led the Sooners for the past five seasons after taking over for legendary coach Bob Stoops.

USC Athletic Director Mike Bohn announced the hiring and said: “We are ecstatic to announce Lincoln Riley as our new head coach and welcome his wife Caitlin and their daughters Sloan and Stella to the Trojan Family,”

“Lincoln is the rarest combination of an extraordinary person and elite football coach. His successes and offensive accolades as a head coach over the past five years are astonishing. Lincoln will recruit relentlessly, develop his players on and off the field, and implement a strong culture in which the program will operate with the highest level of integrity and professionalism.”

We got our guy.

“Lincoln is universally considered one of the brightest and most talented football coaches in the nation, and the fact that he chose USC is a testament to the strength of our brand, the power of the Trojan Family, and the leadership of our university. This is for our current players, our former players, our alumni, our fans, and our entire university community. Our time is now.”

At USC, Riley replaces Clay Helton, who was fired in September after a 1-1 start to the season, and interim HC Donte Williams. Helton had been at USC since 2010, taking over as interim HC in 2013 and 2015 before being named head coach before the 2016 season. Helton left USC with a 46-24 record. The Trojans are 4-7 this year with one game left to play.

Riley took over for Oklahoma legend Bob Stoops ahead of the 2017 season and is seen as one of college football’s most successful young coaches. Riley won 85 percent of his games in five seasons at Oklahoma and led the Sooners to four Big 12 titles and four New Year’s Six bowls with three College Football Playoff appearances

Riley said: “I am truly excited to come to USC and join the Trojan Family as its new head football coach.  USC has an unparalleled football tradition with tremendous resources and facilities, and the administration has made a deep commitment to winning.  I look forward to honoring that successful tradition and building on it.”

“The pieces are in place for us to build the program back to where it should be and the fans expect it to be.  We will work hard to develop a physical football team that is dominant on both lines of scrimmage, and has a dynamically balanced offense and a stout aggressive defense.”

“I want to thank the administration, coaches and players at Oklahoma for five incredible years as their head coach.  We accomplished some great things there and I will always cherish my time as a Sooner.”

After serving as the offensive coordinator and quarterbacks coach for two of the most prolific offenses in OU’s history, Riley took over as the Sooners’ head coach in 2017 when Stoops retired.  He was the youngest FBS head coach (33) at the time of his hiring.  He also coached the OU quarterbacks and called the offensive plays while serving as head coach, running a balanced offensive attack.

He set Oklahoma records for most victories in his first two (24), three (36), and four (45) seasons, breaking marks held by Barry Switzer and Bob Stoops.

Though Riley has been connected to other high-profile openings in the past, including opportunities in the NFL, it was a big surprise when the move was announced. He becomes the first Oklahoma coach to leave for another college job since Jim Tatum left OU for Maryland in 1947. This also marks the first time the Sooners will be in the market for a new coach since 1999 when they hired Stoops.

The Sooners posted a 10-2 record in 2021 but missed out on the Big 12 Championship Game after losing to Oklahoma State 37-33 in a Bedlam thriller on Saturday.

After the game, Riley vehemently shot down rumors tying him to the LSU opening, but he was not specifically asked about the USC vacancy.

This move is seen as something like a coup in the College Football community, what do you think Riley can accomplish at USC? 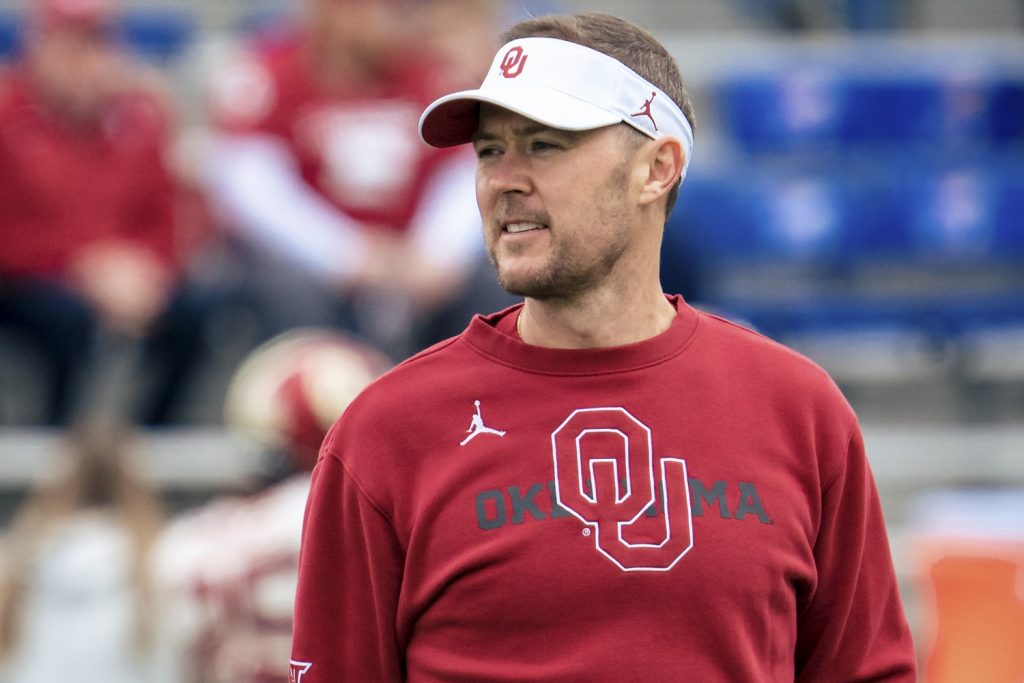