India have just managed to win a test series under the captaincy of the most aggressive Indian captain Virat Kohli on the Caribbean shore and are eyeing the number one spot for test team among-st the test playing nations.

Among-st all this, Virat Kohli who himself is a fitness freak have found some time out of this to praise the Indian players & have given a strong statement supporting those who are currently representing India at Rio Olympics 2016 in various sport. Although India have still not managed to bag a medal at the current ongoing Olympics but according to Virat they have already won millions of heart by putting in tremendous amount of efforts against all odds they faced to reach there.

As per him, “All the players who represent India at international level put in a lot of efforts and practice, mentally and physically and needs to be appreciated for that, even if they don’t manage to win it for India. They give in their heart and soul for the game they represent. He also agreed that wining is not always possible for any kind of sports person even if it is cricket or any other sports. It’s the kind of dedication that needs to be applauded.”

Olympic players practice for years and years for a event which would last only for seconds, under the shadows with lesser facilities available which are essentials for the game. A fraction of second’s difference decides the fate of an Olympian. One cannot simply measure and judge a particular sportsperson based on the short lived performance in a race or any other event at the Olympics.

Kohli also was disappointed with those individuals who have expressed their disregards only because the players have not been able to fetch a medal till now at the Rio Olympics 2016. He has asked people to see the individual contribution given by an individual in spite of the lesser number of facilities available. As per him, “If competitors from other country receive 100 % of the facilities then compared to those, Indian players only get a mere 10% and yet are successful to put in a spectacular performance against them, which needs to be highlighted and admired.”

Kohli was also disheartened at those who just sit in our country and compare. As per him “Every Indian should stay positive and support all those players who are still competing there and also those who have competed as well but didn’t fetch a medal. It’s hard for them. One can see the disparity if he is well aware of the training facilities these guys receive”

Team India is all geared up to fetch another win against West Indies in the fourth and final test which will be starting next Thursday, while there are still five days left for Indian crew to continue their campaign in Rio, with a hope to achieve the first medal for the country. 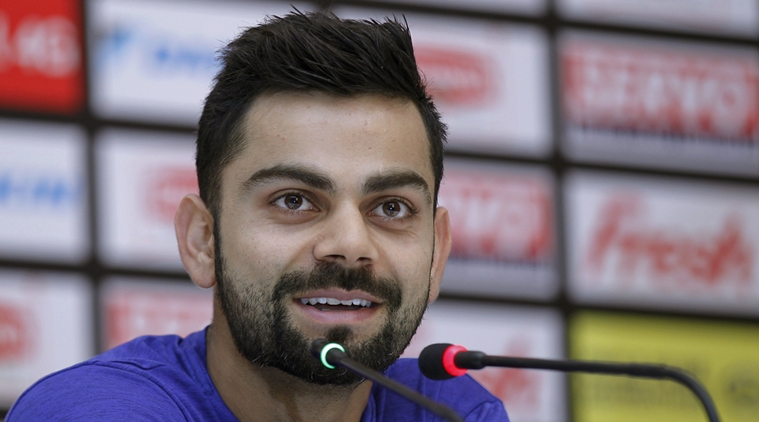