After having clinched the Seagram’s Royal Stag test series against West Indies with a margin of 2-0, India would be playing West Indies in the fourth and final test at the Queen’s Park Oval, Port of Spain, Trinidad.

Kohli and his men have already secured the No 1 position in test ranking but they would try to retain this place by ending the series on a winning note.

West Indies team have been completely pushed down by the outstanding overall team performance from the men in blue but they are capable of turning things around and may stop India in retaining the No 1 position. The host too would be trying to finish on a winning note,so as to go with a moral boosting win into the upcoming one day and T20 matches against India.

West Indies would be heavily dependent on Roston Chase the man who saved the 2nd test with an remarkable innings & also Marlon Samuel who has indeed match winning abilities which have been proved in the past.In Bowling department Shannon Gabriel will led the west indies attack along with skipper Jason Holder and Miguel Cummins. Also the spin departments will be handled by Devendra Bishoo.

On the other hand India would depending upon 2 of the most inform batsman currently for India, Captain Virat Kohli and Ajinkya Rahane. Also lots of eyes would be on Rohit Sharma who managed to secure an opportunity in place of Murli Vijay. Mohammed Shami who has been lethal so far would be handling the fast pace attack for India along with Bhuvneshwar Kumar & Ishant Sharma.The wicket in Port of Spain is set to be on the drier side, with Kohli saying he is expecting the wicket to produce turn and bounce. In such conditions the expectation from Ravi Ashwin would be also high.

If weather stays cool India would be eyeing to win the series with a 3- 0 margin.In such conditions, the winning combination should be retained, but Kohli and Kumble who both are aggressive and always eager to try new approach will not mind fiddling along with the players to find the best possible combination for the match.

The team combination for both the teams would be as below: 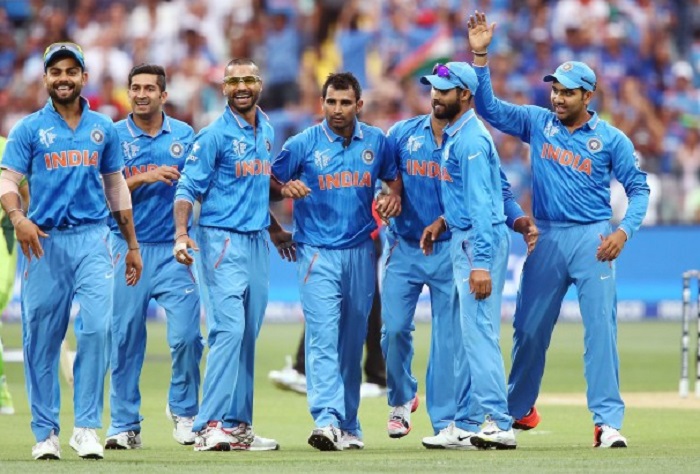