The final two races of the W Series 2022 season are under threat, alongside the series as a whole.

W Series is a lifeline for female racing drivers. The free-to-enter championship allows female drivers to compete without fears of funding. They all drive in equal machinery, developing their racecraft alongside fighting for a title, a crucial place to compete so they can progress into higher racing series.

However, all of this is at risk of being lost due to the series’ financial problems. Funding issues mean this season’s final two races may not even take place, making the series’ future fragile.

During a BBC Radio 4 interview, W Series CEO Catherine Bond Muir explained the possibility that the series may not be able to race at the upcoming US GP or be able to finish off the season at all.

“We hope it is going to go ahead,” she said, “But there are lots of factors that are adversely affecting us.”

Supposedly a contract with an investor fell through. Additionally, the weakening of the pound against the dollar has placed the series under severe financial strain. Bond Muir continued:

“Getting to Austin has become increasingly difficult because we budgeted US Dollars a year ago and because of the devaluation of the pound we have hit increasing problems.”

On top of this, they owe significant amounts to creditors, and the series is still yet to attract major sponsorship. Bond Muir remains hopeful, however, claiming there has been an interest in funding since they fell into difficulties.

However, there is still yet to be an announcement concerning future funding. Some speculate that the series has failed to acquire the money needed to fund the rest of the season.

To end the season prematurely without any great event would be extremely disheartening for the drivers and the series. Despite Chadwick’s lead in the championship, she is not officially the champion yet. Stripping her of the opportunity to win it on track would be unacceptable for such a high-profile racing series.

Outside the championship title, drivers such as Alice Powell, Bietske Visser and Abbi Pulling are in a close championship battle for 2nd. Ending the season in Singapore robs them and their audiences of a tense battle. To lose the ability to showcase their racing abilities and the attention they would garner from this fight is an injustice to their talents.

Suppose W Series fails to secure funding for next year as well. In that case, motorsport is losing a significant safety net for female drivers who struggle to support themselves financially in motorsport. Younger male drivers are typical targets of sponsors who have hopes that they will be the next Max Verstappen.

As a result, little money goes to women impacting their careers significantly, as money bars them from competing in this expensive sport- one of many barriers. If they don’t compete, they cannot develop their racecraft, which stops them from progressing into the upper echelons of motorsport. Without W Series, there will no longer be a space where women in motorsport can grow and compete free of financial stress.

ALSO READ:  F1 on Film: F1’s Memorable Moments that Should Be Adapted
Embed from Getty Images

It is also unlikely we will see women in F3, let alone F1! The prize money for becoming W Series champion gives them the financial stability needed to enter higher racing series. Chadwick is currently looking for a drive in IndyLights or F3. However, she admitted that not receiving prize money could prevent her from racing in these series.

Moreover, motorsport’s culture maintains the idea that women will never compete in F1. What hope can there be when the literal boss of F1, Stefano Domenicali, believes it is unlikely? Commenting on Chadwick’s five-year plan to enter F1, he said:

“Realistically speaking, I don’t see – unless there will be something that will be like some sort of meteorite coming into the earth – a girl coming into Formula 1 in the next five years…That is very unlikely, I need to be realistic.”

Strangely these exact expectations are not held for men. F1 has been full of mediocre male racing drivers making up the field from its inception in 1950!

Regardless of how he intended his comments to come across, his attitude suggests he does not see women in F1 momentarily. These ideals sublimely shape how he runs F1 and maintains structures that exclude women based on his belief that a female F1 driver is unrealistic! These are the surroundings female drivers have to operate within even to get a shot in lower series, let alone F1!

We cannot lose the W Series. If we do, we are cutting off a generation of female racing drivers from competing and developing their racecraft so they can further progress in the sport they love. Most importantly, we are losing female visibility within the sport.

ALSO READ:  What Happened At The Japanese Grand Prix?

W Series running alongside an F1 weekend on television gives young girls the hope that they too can be like Jamie Chadwick or Abbi Pulling. Without it, they don’t know the possibilities for women in motorsport or have drivers they can aspire to and relate to, a chance W Series provides regardless of class or nationality.

It feels incredibly likely we are going to lose this series. I hope I am wrong, as it feels like a premature end for a series with great potential. It is time for F1 and motorsport to put their money where their mouth is if they want to preach equality. If they genuinely care, they must offer female drivers a lifeline—especially F1 drivers who try to discuss and promote equality.

As much as their comments are welcome allyship, they have the power and status to help women in motorsport. It would be fantastic to see them produce something concrete to offer opportunities for female drivers.

The FIA International Sporting Code only refers to ‘he’ in its superlicence application process. Unfortunately, this tells you all you need to know about their commitment to gender equality. They don’t see women in F1, so the road ahead for any female driver aiming for the series is a bleak and challenging one. 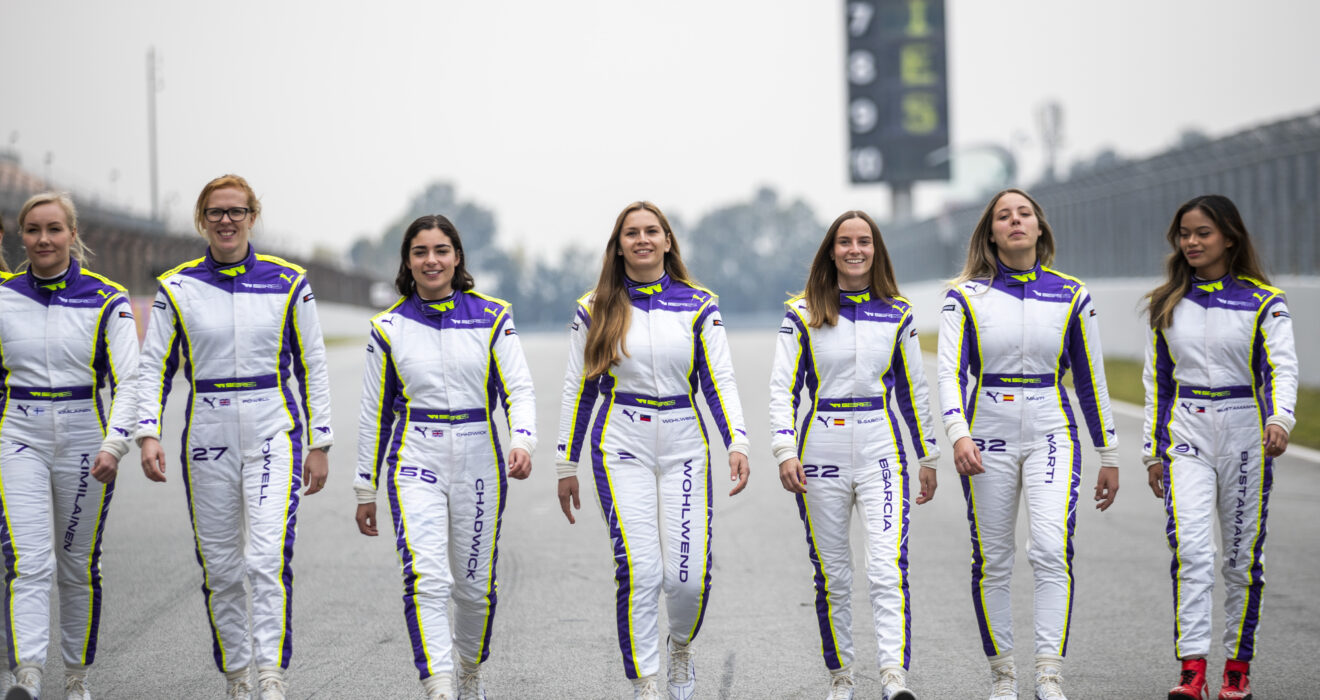