Here we go, another game, another day. Today we are in Jurassic Park, Toronto, Canada, where former- U.S president Barack Obama decided to pay a visit. I will be writing this article the same way I wrote the last one, I will review each quarter, from what I was able to see.

This quarter was the most entertaining quarter out of the 5 quarters that were played. The Warriors seemed to make their adjustments, it seemed as if, the Warriors figured. The Raptors meanwhile, had a hard time adjusting to the Warriors new style of defense. However, the Raptors were able to keep up, with the help of Gasol’s passing and Siakam being, well Siakam. It also helped the Raptors that Leonard was double teamed, just like in game 1. This was the biggest weakness to the Warriors in the first quarter. The two teams kept close, and the first quarter was fought well.

The Raptors tried really really hard to comeback, but they just could not get it done. The Warriors bench players stepped up in the 4th and really hit some clutch shots. Specifically, Iguodala, who hit a clutch 3 pointer to ice the Raptors. The Raptors were coming back, because the Warriors were getting tired. But lets not forget, Klay Thompson was injured during the game.

In my opinion, this game was 10 times better than Game 1 of this series. The game was really back and forth and unexpected. The Raptors should have won this game, but they were absolutely awful in the third. Leonard was hobbling throughout the game, which did not stop him from scoring 35 points. On the other side, Thompson scored 25 points, before getting injured. His injury by the way was really stupid in a way. He tried to get a foul, while shooting and landed awkwardly. Leonard was been injured throughout game 2, but was still on fire, so I give him props really. On the rebound side of the game Leonard led both teams with 14, while Green led the Warriors with 10. Assist wise, Green led with 9, while Siakam led the Raptors with 5.

I believe the Warriors will take the next game, but I can see the Raptors coming back from down 3-1. Both teams need to re group and start playing amazing basketball, not just good. 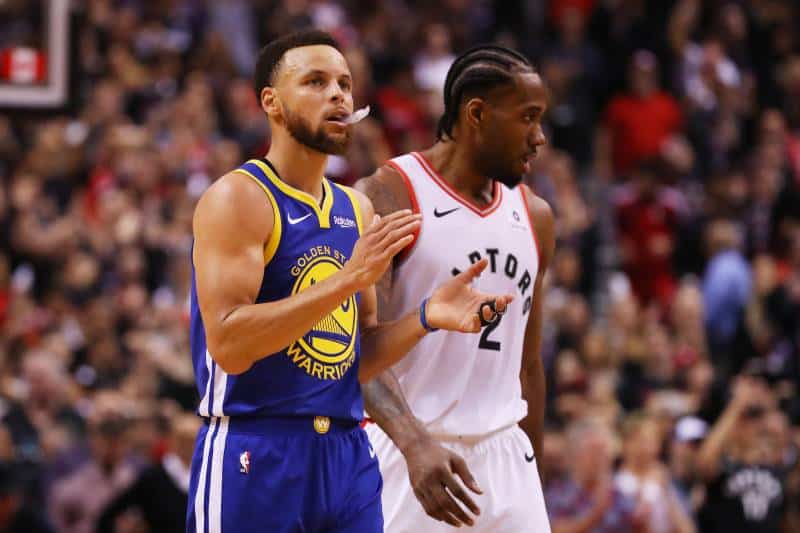