Liverpool captured the club’s first European title since 2005 with a 2-0 triumph over Tottenham Hotspur in the 2019 Champions League Final on June 1. It was a perfect cap to a brilliant season for Liverpool that would have felt strange without a trophy. The Reds amassed a whopping 97 points in the Premier League, but they wound up losing the league title by a point at the hands of Manchester City.

However, the top honor in European club football will suffice. Liverpool will now look ahead to the summer with an eye on improving what has become one of the world’s best teams. Daniel Sturridge and Alberto Moreno are set to leave the club, and it’s unclear who else may be on the way out of Anfield.

Even if Jurgen Klopp declines to sign any new players, his Reds will surely enter next season as one of the odds-on favorites to win next year’s Champions League, anyway. Liverpool have now reached the Champions League Final in back-to-back seasons, which is a feat only Real Madrid and Manchester United have accomplished within the last decade.

The key to Liverpool’s success has been the fortification of what was formerly a leaky defense. The signings of Virgil Van Dijk from Southampton and Alisson Becker from Roma have completely transformed the side. Scoring goals hasn’t been much of an issue for the club since Klopp took over in the autumn of 2015, but shambolic and untimely poor defending had marred the team in the manager’s first couple of seasons.

That’s not the case anymore. Liverpool never really looked like conceding in Madrid against Tottenham, but when they did Van Dijk and Alisson were up to the task. Van Dijk just completed an entire campaign without having been dribbled past one time, while Becker made a number of key saves to keep Heung-Min Son and the rest of the Spurs’ attack at bay in the Final.

Neither player is going anywhere soon, of course. That fact alone should help keep Liverpool relevant. Never mind that they also still have the attacking trio of Sadio Mane, Mohamed Salah and Roberto Firmino all in the respective primes of their athletic careers. Firminoand Mane are 27 years old, while Salah is 26.

The one area of the team that may see a bit of turnover is in midfield. Jordan Henderson, Georginio Wijnaldum and James Milner aren’t old players, but they’re the elder statesmen of the side. Naby Keita and Fabinho will be major contributors next season, but it wouldn’t be all that surprising to see Klopp shop for some depth in the summer.

Regardless, Klopp finally has the core of talent he has been seeking for years, and he has wasted little time in restoring the club to its rightful status as one of the premier sides on the planet. Barring some sort of cataclysmic and unfortunate injury situation, it’s almost impossible to imagine Liverpool going anywhere but up from here. A first-ever Premier League title is surely objective No. 1, butrepeating as champions of Europe has a nice ring to it, too.

Liverpool are here to stay. 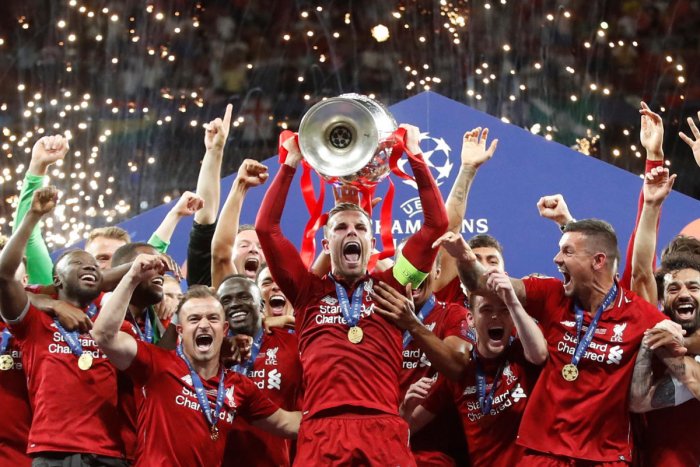