What started off as a promising start for Wigan Warriors was barely kept from being an utter rout at the hands of Brisbane Broncos, who still delivered a thorough drubbing to their opponents.

Wigan Warriors started off strongly enough with a good offence keeping the Broncos on the back foot and threatening to score as Brisbane repeatedly conceded penalties and goal line drop outs. Sadly for the Warriors never counts towards winning unless you can make tries from them and Wigan’s attacks were too often repelled by Brisbane’s nigh on impregnable defensive line.

So it was that the first try, although against the run of play up to that point, came from Brisbane’s Corey Oates, despite a contentious decision as his feet were knocked out of play. Still the try was given and from there the game turned against Wigan, whose poor play was compounded by bad luck as Michael McIlorum had to leave the pitch following a broken ankle from Ben Flower landing on his leg, as he and Flower drove home a tackle. Manfredi was winded after landing on his back beyond the try line shortly afterwards while Clubb was forced to limp off the field, though both players returned. McIlorum however looks set to miss the rest of the season, the sight of the oxygen mask around his face driving home the severity of his injury to anyone watching long before word of the broken ankle reached their ears.

At the end of the 16th minute Brisbane turned the screw a little tighter on Wigan as Kodi Nikorima got their second try following a scrappy Wigan defence missing three clear opportunities to catch the ball off the Australians. Although Dan Sarginson was able to make something from Brisbane’s only real mistake of the game, with a try that Matty Smith converted to bring the deficit back down it didn’t make any difference. Matt Gillett and then Jared Wallace got two more tries for Brisbane, the latter coming from a pass timed to the last second for lethal effectiveness. Wigan should have got two more tries in response, but mistakes handling the ball proved easy fodder for Brisbane.

From then on it was a question of how much Wigan could provide damage control. Greg Eden was able to run most of the pitch after yet another Wigan fumble and while he was tackled, it was only the first of Brisbane’s set of six, which Corey Oates used to get his second try of the night. Only his left hand being out of touch in the last ten minutes of the game denied him a hatrick. Nikorima too was in contention for a hatrick after his second try was allowed despite apparent knock-ons, not that they mattered either way. Wigan’s defence was visibly shell shocked at this point and all Nikorima had to do was shepard the ball over the try line before grounding it.

When Greg Eden next got a chance to run the length of the pitch, that lack of staying power was evident from Wigan. No one had the pace to catch him, in what must surely be a huge deficiency looming over not just Wigan’s credibility, but that of any superleague club, when it comes to facing the big Australian sides.

Although George Williams get a consolation try in the last five minutes, and Matty Smith added his conversion to least take the Warriors into double digits, it was at best a weak roar of defiance from a Wigan side who lacked the power, pace, and class to stand equal with Brisbane. 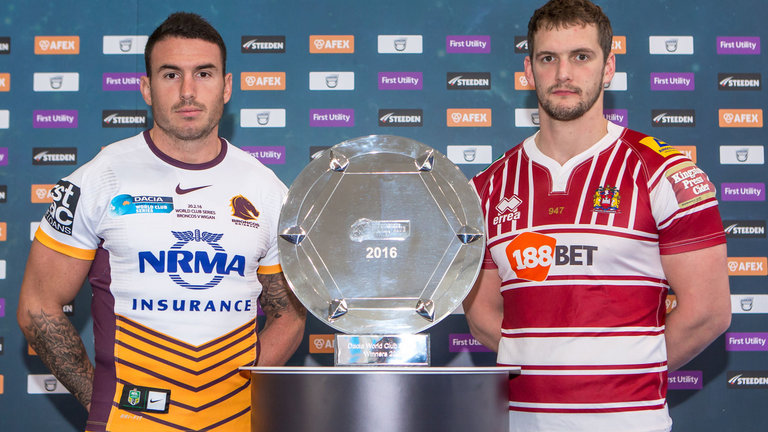