Gabriel Hernandez, who led Pro Recco to their ninth Champions League title this weekend, has resigned as Head Coach.

The announcement that the Spaniard would leave the role of Head Coach was made just after 3pm on the official Pro Recco Facebook page.

Despite a tough season that saw rivals AN Brescia nab the title from Recco, the 46-year-old Hernandez led his side to a historic Champions League victory against Ferencavors in the final – in a European campaign that saw them go a whole season unbeaten.

Hernandez said that his decision to leave Recco was “a personal and life choice”.

He said, “I feel the need to stop to reflect and decide many things even on a family level. The moment asks me to think deeply about my future”.

In other news, it has been reported that Denes Varga will remain at Ferencvaros, despite speculation he was due to join Pro Recco at the end of the season. There were also suggestions that the 34-year-old may retire at the end of this season, but this is not to be. Varga will almost definitely finish his playing career at Fradi.

Whilst Varga may be staying in the Hungarian capital, there are a few departures of note. Vasas have signed FTC’s two Tamas’s – Mezei and Sedlmayer, whilst Serb Nikola Jaksic looks certain to return to his home nation to play for up and coming club, Novi Beograd. Gergo Zalanki was omitted from Fradi’s 2021-2022 squad – suggesting his move to Pro Recco is a matter of when, rather than if. Also not included on FTC’s 15 man squad is Canadian international, Nicolas Constantin Bicari, as well as Ioannis Fountoulis, who seems destined to re-join the club he left in 2019, Olympiacos.

Fradi has, however, added to their squad. The most prominent acquisition is experienced Russian International, Daniil Merkulov. The 24-year-old who joins from JUG Dubrovnik will no doubt play a big role for Ferencvaros in their fight for the Hungarian Championship next year.

Elsewhere in Hungary, a mass Serbian exodus has taken place from title winners Szolnok. Star Filip Filipovic was confirmed to be leaving to join Olympiakos, but now fellow Serbs, Dusko Pijetlovic, and Radomir Drasovic, have also left the club for Novi Beograd- leaving Szolnok’s recruitment department with a huge task this summer if they are to retain their title next season.  So far, they have only brought in Bilal Gbadamassi from BZC in Holland and Atilla Peto from the Hungarian side, KSI.

Speaking of players from the same nation flocking away, JUG Dubrovnik have signed two players from Olympiakos. Konstantinos Kakaris‎‎ and ‎‎Stylianos Argyropoulos‎‎ have both signed for the Croats to join up with JUG’s existing Greek contingent, Alexandros Papanastasiou. The Centre Forward, Kakaris, knows Papanastasiou well, as they both played together in Greece’s junior national teams. Argyropoulos, who is slightly older, has only ever played for Olympiacos, lifting the Champions League title in 2018.

Despite losing the two Greeks to JUG, Olympiacos have been busy in the transfer market. As mentioned, Serbian Filipovic joins from Szolnok. But Olympiacos are building a very strong side. 35-year-old Andro Buslje returns to Olympiacos from Mladost, whilst it was confirmed in May that Montenegrin Djuro Radovic would sign a 3 year deal from Jadran Split.

Total Waterpolo has indicated that Marko Bijac, Recco’s keeper, may be on his way to Olympiacos, but we await the evidence of this

Across the Adriatic in Italy, Recco is yet to confirm who will replace Head Coach Hernandez, but they are also yet to confirm any summer acquisitions. As mentioned, Zalanki may be on his way from Ferencvaros, alongside JUG’s Luka Loncar. However, their best business may be from rivals, Brescia, as they hope for the signatures of keeper Marco De Lungo and Giacomo Canella. 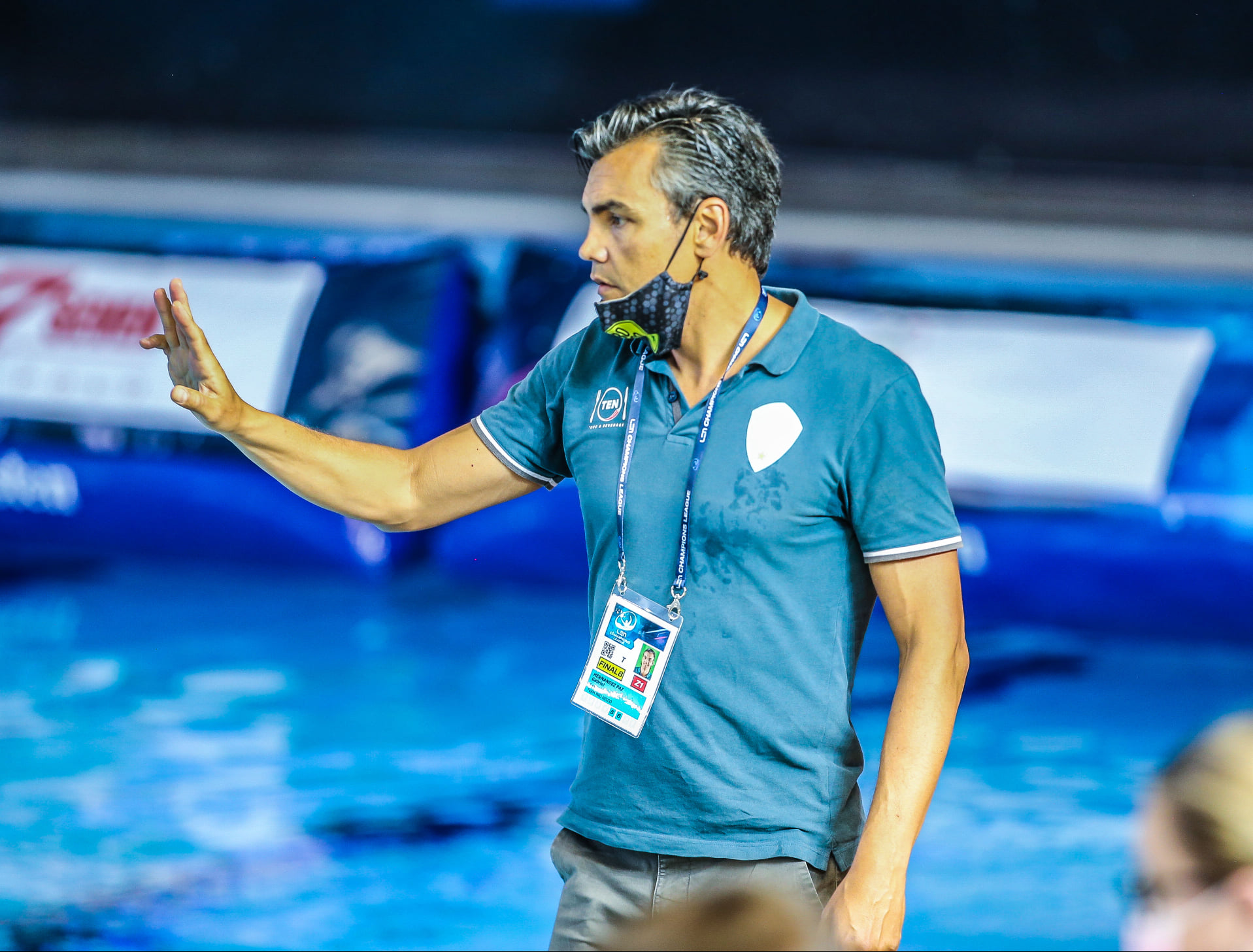