The early evening kick-off on Wednesday night saw Aston Villa travelling to North London in search of three points, as they faced Tottenham who needed a win to keep their European hopes alive for next season.

The game began with Spurs controlling the momentum, controlling the game when after just 8 minutes Steven Bergwijin won the ball back, drove into the box and rifled it into the top corner. A great goal from the Dutchman.

The goal completely changed proceedings at the Tottenham Hotspur Stadium as Aston Villa were stunned awake and began a charge at an equaliser. Ollie Watkins struck the ball wide on 16 minutes, but finally got their equaliser on 20 minutes.

It was an absolute howler from young fullback Sergio Reguilon who tried to clear a cross by Nakamba, but slices instead and volleys it into his own net despite a scrambling Hugo Lloris. Spurs had really shot themselves in the foot.

Still more lacklustre play from Spurs as Villa dominated the game, creating a number of half chances but struck gold again as Reguilon attempts an ambitious pass, which is intercepted and flicked onto Watkins by Traore. Watkins headed the ball down and muscled off English international Eric Dier to place the ball into the bottom corner. Villa, after being down early, entered half a goal to the good.

Some end-to-end play in the second half, including a great chance for England captain Harry Kane on 77 minutes after he stung one into the gloves of Martinez. The usually deadly Kane could not find the back of the net for Tottenham.

The game ended the same as the first half did, 1-2 to the Villains. A great performance away from home.

Spurs will need to decide if Ryan Mason is the man to take them forward into next season, as it truly seems as if Harry Kane is leaving North London.

The Hammers started brightly, winning a penalty within 2 minutes after Michel Antonio rounded and was brought down by West Brom keeper Sam Johnstone.

But the penalty is missed! Rice strikes the ball with power, looking for the bottom left hand corner, but hits the post instead. Huge opportunity goes begging for the visitors. 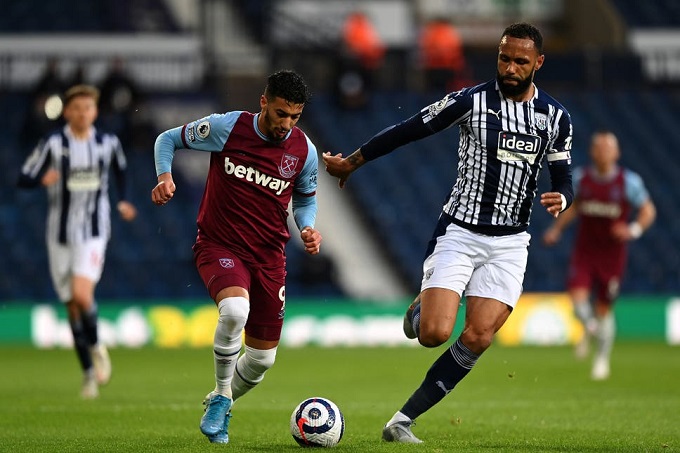 Despite the early penalty, the Baggies manage to play into the game themselves and get a goal for their efforts. A corner, delivered by Matheus Pereira swung in and took the slightest of touches off Thomas Soucek and curls into the net! An unlikely goal for the home side.

WBA had a few chances throughout the rest of the first half however it was West Ham who controlled the game.

Chances by Jesse Lingard and Soucek were steered wide or flagged for offside. But in Injury time of the first half, Soucek was not offside this time as he equalised just before the whistle. A low cross from Said Benrahma finds a Thomas Soucek, who found a window of space in the box, and slots the ball home.

It took almost all of the second half for another goal and it was the favourites West Ham who took the lead eventually and then secured it with a 6 minute double.

The first of which was an Aaron Cresswell corner to the back post, met by a charging Angelo Ogbonna, powering it in to take the lead.

The game clincher came by way of a quick counterattack from Pablo Fornals, to Lingard who eventually threads Antonio through who finishes across goal to truly put the game to bed.

A draw/win on Sunday vs Southampton secures top 6 for the Hammers.

It was also announced after the game that Sam Allardyce would not be managing West Brom in the Championship next season. Who next for the Baggies?

Liverpool would have to go 10 wins in 12 games to qualify for the Champions League after Chelsea won at home against Leicester City last night. The Reds currently have 8 wins in 10 games, just 2 more wins would seal Top 4 after an injury-ridden, down season.

Liverpool, as expected dominated the opening proceedings, with Sadio Mane and Roberto Firmino both firing just wide of the target on 4’ and 16’ minutes respectively.

However, with Liverpool’s centre-back problems this season, the inexperienced Nathanial Phillips and Rhys Williams were bound to allow Burnley a sniff at goal. This eventually happens with a great long ball from Matthew Lowton, which sent an inform Chris Wood through on goal, beating Williams. But he can only half volley the ball into the side netting. Better from the hosts.

After a period of both teams having chances at taking the lead, Brazilian forward Firmino slots Liverpool in front minutes before half time. Andrew Robertson’s cross isn’t dealt with by Burnley and falls to Firmino, placing it past rookie keeper Will Norris. Just what the doctor ordered for Jurgen Klopp’s men.

Burnley started the second half better than they started the first through Chris Wood, who dances away from Phillips and tries to finish in the far corner, however, Liverpool keeper Allison clutches the ball to his chest. Liverpool survive.

The away side win a corner that amalgamates to nothing but is recycled and Phillips latches into a cross from the left wing by Mane, which he heads home to double the lead on 52 minutes.

Hard-nosed Burnley refused to stand down, however, as they rallied back and forced an off-the-line clearance from Phillips after a corner. The ball falls back to Burnley and the second attempt cross can only find the goalkeeper.

Burnley kept pushing Liverpool’s defence but could not find a breakthrough. To add insult to injury,  substitute Alex Oxlade Chamberlain fully finishes off Sean Dyche’s men with a great individual goal. The initial corner was cleared and played into Chamberlain, who twists and fakes himself some space and beats the keeper at the near post, solidifying the 3 points for Liverpool. Full time at Turf Moor.

The race for the Top 4 continues into the last day, who do you think is going to make it? Let us know in the Forums. 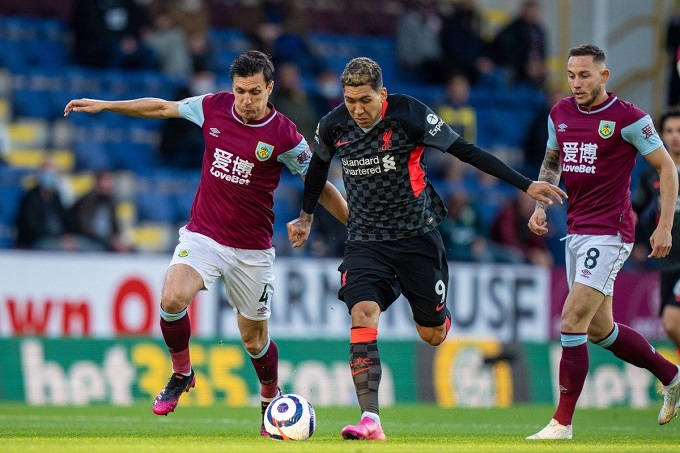