With his 36th triple-double of the season, Westbrook surpasses Oscar Robertson and put his name in the history books. Yesterday night (Monday), Russell Westbrook became the All-time leader of the NBA for the most triple-doubles against the Atlanta Hawks of Trae Young.

The Washington Wizards point guard recorded 28 points, 21 assists and 13 rebounds to surpass Oscar Robertson and break his record that was standing for 47 years and the season 1973-1974.  The former OKC guard can be proud of himself after such a performance despite the loss of his team.

The 32-year-old Wizards’ guard set the new record when he grabbed his 10th rebounds with 8:30 min remaining and completing his 36th triple-double of the season his first with the Washington Wizards. Now with 3 games left before the end of the season and the start of the playoffs, the Wizards are trying to get a ticket for the postseason through the play-in tournament. Russell Westbrook could finish the season with a triple-double average, the fourth time in the last five seasons.

The new ‘ Triple- Doubles king’ can be happy after the set of his record because, for a lot of the people following the NBA, this record was probably unbreakable.

“I normally do not pat myself on the back but tonight I will because I am so grateful for the ones before me and so blessed to the man above to allow me to to go out and do it. “

After his surpassing Oscar Robertson, Westbrook took the time to pay his respect for The Big O mostly but also to all the players that came before him.

“It is just a blessing”, said Westbrook. ” You put so much into the game. You put in so much time. You sacrifice so much and to be able to be mentionned with guys like Oscar and Magic and Jason Kidd and those guys, it is just something I never dreamt about when I was a young kid growing up in LA. I am truly grateful for moments like this.”

In the first six years of his career, nothing could let us imagined that Westbrook could beat Oscar Robertson record as he had only 8 Triple-doubles while Oscar Robertson had 148 after his 6th season.

However, he recorded 174 Triple-doubles in the next 7 years to become the All-Time leading record. Becoming the franchise player of OKC after Kevin Durant left for the Golden State Warriors most certainly gave him the space to realise such great performance, like his season with 42 triple-doubles and his MVP trophy in the season 2016 -2017.

After the set of his new record, all the players in the top 5 All-time for the most triple-doubles congratulated him in a video.

There is one thing that we know for sure, Russell Westbrook will not stop now and it would be incredible to see him reach the 200 triple-double in his career which will make it way more difficult for someone else to beat this record, even though make a triple-double is more common today because of the pace of the game that is was before for players like Magic Johnson or The Big O.

At the moment, the only thing left for Russell Westbrook to conquer his NBA title to conclude his amazing career and with Bradley Beal, at this level at his side it is maybe possible, but first they have to get one of the spots for the play-in tournament and qualify themselves for the playoffs afterwards.

However, it is now obvious that Russell Westbrook will be introduced to the Hall of Fame after the end of his career after all the things he has accomplished until this point in his career. 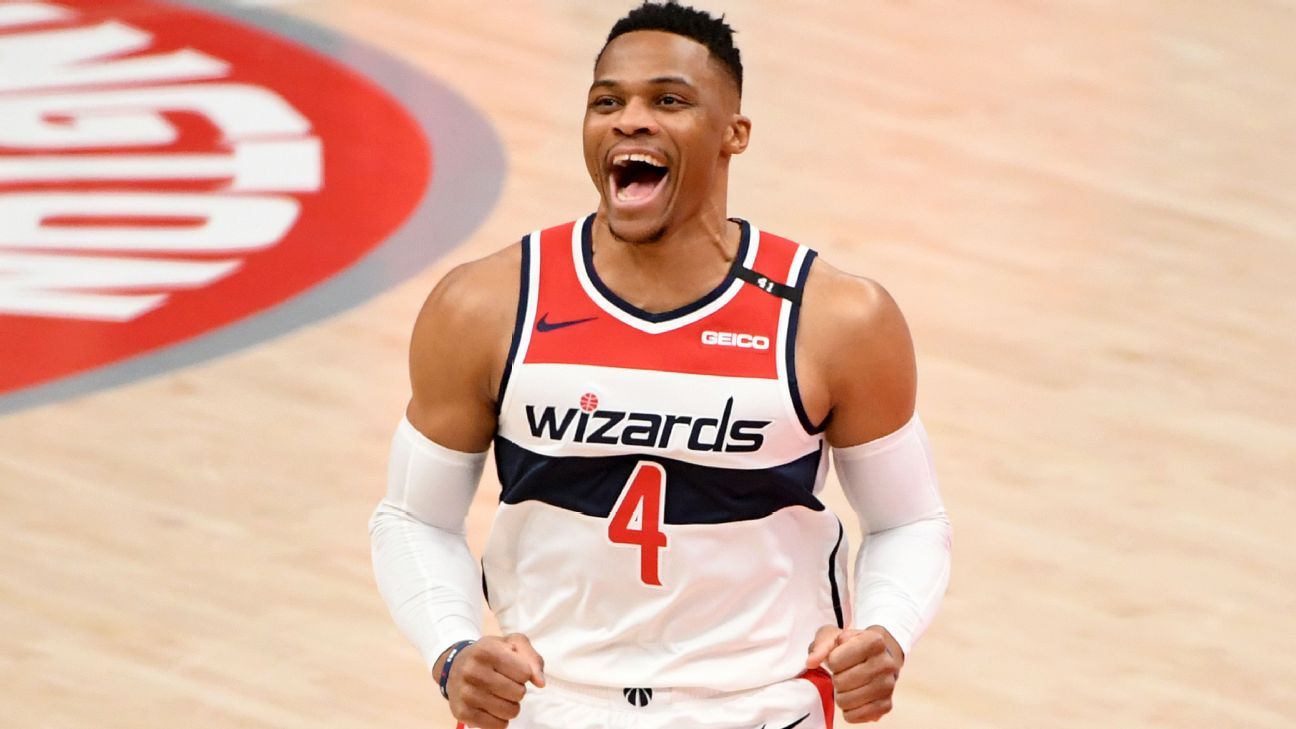