According to the famous Italian journalist, Fabrizio Romano revealed through his Twitter, Lille’s talented midfielder Boubakary Soumare is close to joining Leicester City this upcoming summer.

The 22-year-old midfielder has been a critical element for Lille this season clocking up 43 appearances in all competitions, with the Les Dogues three points clear at the top of the table and two games left there are good chances Soumare will win his first major piece of silverware.

Manchester United, AC Milan, and Newcastle United were all credited with an interest in the player in past, Newcastle even have a €40million bid accepted by Lille last January but only for Soumare to reject the move.

With Soumare entering the final year of his contract, Lille has decided to cash in on their asset to compensate for the financial hit they have taken due to Covid.

Romano reveals that the ‘personal terms’ have been agreed back in February and Leicester are closing on a €30m(£25.9m) deal with Lille. Soumare will get a 5-year-contract, which will keep him at the King Power till 2026.

“Boubacary Soumare also agreed personal terms with Leicester in February, contract almost ready until June 2026. The deal is set to be completed for less than €30m paid to Lille.”- Fabrizio Romano

Today, Wesley Fofana has also hinted on social media that a deal could be close, who tweeted two smiley faces and an hourglass emoji before quickly deleting the tweet.

Fofana and Soumare know each other from their time in France Under-21 setup.

Leicester in the recent window has been active in the French market and are creating a kind of “French revolution” at the King Power as they brought Youri Tielemans and Fofana last summer and now looking to add Soumare to their midfield roster.

What Soumare will bring to Leicester?

Soumaré is a skilled, technically gifted, and well-rounded midfielder. His attributes make him a modern box-to-box midfielder. He some qualities include impressive passing, dribbling, and tackling.

Soumare possesses a lot of quality on the ball and is capable of spraying the ball around the pitch. His calmness and wide range of passing make him integral to Lille’s Build-up play. Soumare has the ability to dictate the play and breaking the lines with his vision and accuracy.

He is a creative passer and can cause the opposition all sorts of trouble from deep if given time and space. Even when under hard press situations he exhibits his ball-playing qualities.

He is currently averaging 45 passes per game at 85.7% accuracy also he’s playing 2.4 accurate long balls per 90. But the striking metric is that he’s completing an impressive 7.2 progressive passes per 90 which rank him 1st in Ligue 1 for progressive passes. (This metric tells the quality of the midfielders passes)

Soumaré is also a very dangerous dribbler and can hurt oppositions when on the drive, with his movement and intelligence he can create space for his team to exploit by attracting opposition players by powerfully driving at them, at 6 feet 2 inches tall with decent upper body strength it’s tough to stop him when he gets going.

Ball progression is a major asset of the Frenchman which certainly helps on transitions. Furthermore, he possesses a lot of technical ability on the ball.

He’s completing a dribble per game and 0.4 key passes, not fancy numbers but decent for a young defensive midfielder.

The Frenchman is also known to be a thorough tackler and with lots of recovery pace, he rarely gets dribbled past(only at 0.4 per game). His sliding tackles are full of power and venom. He is completing 2.6 tackles & Interception per game. He uses his positional awareness, intelligence, and pace to make key defensive contributions.

There are things he can improve upon like his decision-making and sloppiness when being in his own half.

This can well turn out to be a bargain for Leicester, as his creative talent can only improve. His style of play is very similar to that of Paul Pogba, a complete midfielder contributing to all phases of the game.

Leicester has scouted smartly from France over the recent years bringing in talents such as Kante, Mahrez, Tielemans, and Fofana.

Playing him as a defensive midfielder will not bring the best out of his talent, he thrives more in a free central role. I can see him fit well alongside a defensive powerhouse like Ndidi, they both will complement each other very well.

Do let us know in the comments below, Will Soumare be a success at Leicester? 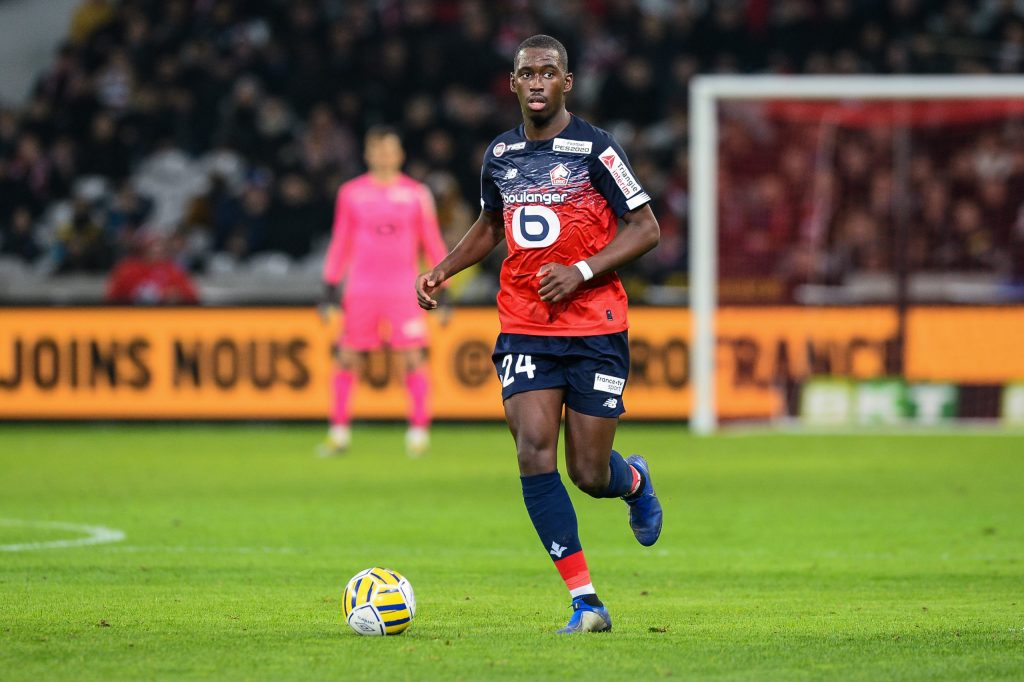