As the NBA season progresses and the standings start to take form, we take a look at all the action that transpired throughout the week. There were a lot of high scoring games, postponed games, and nail-biting moments, including a big-time trade early in the season. Let’s get down to all the moments and notable games that took place during the fourth week of the NBA season.

On Sunday, the Los Angeles Lakers continued their winning ways as they vanquished the Houston Rockets in a 120 to 102 victory. Anthony Davis led the way for the Lakers with 27 points, followed by 18 points from LeBron James. Christian Wood continues to impress for Houston, despite their loss. Wood made 23 points and John Wall with a double-double of 14 points and 10 rebounds. The Denver Nuggets scorched the New York Knicks in a 114 to 89 contest that saw Nikola Jokic with 22 points and 10 rebounds, Gary Harris with 14 points, Monte Morris and PJ Dozier with 12 points each, plus Paul Millsap and JaMychal Green with 10 points each. The Miami Heat and Boston Celtics were scheduled to face each other, but the game was postponed due to safety reasons and COVID protocol.

On Monday, The Milwaukee Bucks blew out the Orlando Magic in a 121 to 99 victory. Khris Middleton had 20 points and 10 rebounds, Bobby Portis with 20 points, and Giannis Antetokounmpo led the way with 22 points for Milwaukee. For the Magic, Nikola Vucevic made 28 points and 13 rebounds, followed by Aaron Gordon with 21 points and rookie Cole Anthony with 12 points. The Washington Wizards outlasted the Phoenix Suns in a 128 to 107 contest, in which Bradley Beal led the way with 34 points, Davis Bertans with 18 points, Raul Neto with 16 points, Rui Hachimura with 10 points, and Robin Lopez coming through with 11 points and 11 rebounds.

Not to be outdone, Devin Booker made 33 points and Chris Paul with 14 points and 11 assists for the Suns. The Portland Trail Blazers edged out the Toronto Raptors 112 to 111. CJ McCollum made 30 points, Damian Lillard with 23 points, and Carmelo Anthony with 20 points for the Blazers. Kyle Lowry and OG Anunoby had 18 points each, Chris Boucher made 20 points, and Pascal Siakam with a triple-double of 22 points, 13 rebounds, and 10 assists for the Raptors. The New Orleans Pelicans-Dallas Mavericks game was postponed due to safety reasons and COVID protocol.

The Miami Heat and the Philadelphia 76ers battled it out with eight players each in a grind it out overtime contest on Tuesday. The Sixers came away with a 137 to 134 win that saw Joel Embiid with 45 points and 16 rebounds, Danny Green with 29 points and 10 rebounds, plus Mike Scott and rookie Tyrese Maxey with 16 points each. Meanwhile, Tyler Herro made 34 points, Duncan Robinson with 26 points, Gabe Vincent with 24 points, and rookie Precious Achiuwa with a double-double of 17 points and 13 rebounds for the Heat. The Utah Jazz blazed through the Cleveland Cavaliers in a 117 to 87 win. Donovan Mitchell led the way for the Jazz with 27 points, followed by Jordan Clarkson’s 21 points, and Bojan Bogdanvoic’s 20 points.

Meanwhile, for the Cavs, Cedi Osman recorded 17 points, Isaac Okoro and Damyean Dotson had 11 points each, and Yogi Ferrell with 10 points. The Indiana Pacers pulled an upset over the Golden State Warriors 104 to 95, which saw Domantas Sabonis put up 18 points and 14 rebounds, Myles Turner with 22 points and 12 rebounds, and Aaron Holiday with 16 points and 12 assists. For the Warriors, Andrew Wiggins had 22 points, Stephen Curry with 20 points, Kelly Oubre Jr. with 17 points, and Damion Lee had 12 points. The Boston Celtics-Chicago Bulls game was postponed due to safety reasons and COVID protocol.

The Dallas Mavericks defeated the Charlotte Hornets in a 104 to 93 contest, in which Luka Doncic had 34 points and 13 rebounds, Tim Hardaway Jr. with 18 points, and Kristaps Porzingis with 16 points. The Hornets had Terry Rozier record 18 points, Gordon Hayward had 16 points, Devonte’ Graham made 12 points, and PJ Washington with 16 points and 10 rebounds. The Portland Trail Blazers won against the Sacramento Kings 132 to 126. Damian Lillard and CJ McCollum took center stage with their performances. Lillard with 40 points and 13 assists, and McCollum with 28 points and 10 assists.

For the Kings, De’Aaron Fox had 29 points and Buddy Hield with 26 points. In a battle of the Big Apple, the Brooklyn Nets won against the New York Knicks 116 to 109. Kevin Durant led the way for the Nets with 26 points and Bruce Brown with a double-double of 15 points and 14 rebounds. Julius Randle and RJ Barrett recorded 30 points and 20 points respectively for the Knicks, while Mitchell Robinson had a double-double of 10 points and 12 rebounds. Three NBA games were postponed due to safety reasons and COVID protocol.

The Heat and 76ers faced off again on Thursday with the same number of players for both teams. The Sixers would go on to win 125 to 108. Ben Simmons triple-double of 10 points, 10 rebounds, and 12 assists, Shake Milton had 31 points and Tobias Harris with 18 points for Philadelphia, while Duncan Robinson had 22 points, Gabe Vincent with 21 points, Tyler Herro made 17 points and rookie Precious Achiuwa with 10 points and 11 rebounds. The Toronto Raptors defeated the Charlotte Hornets 111 to 108. Kyle Lowry made 16 points and 12 assists, Fred Van Vleet had 17 points, Pascal Siakam made 15 points, and Chris Boucher with 25 points and 10 rebounds.

For the Hornets, LaMelo Ball had 14 points and 11 assists, Terry Rozier made 22 points, PJ Washington with a double-double of 20 points and 11 rebounds. In a battle of the Lone Star State teams, the Houston Rockets defeated the San Antonio Spurs 109 to 105. Christian Wood led the way with 27 points and 15 rebounds, Sterling Brown had 23 points, Jae’Sean Tate with 13 points and 10 assists, plus PJ Tucker with 10 points. The Spurs had Keldon Johnson record 29 points, Lonnie Walker IV made 16 points and DeMar DeRozan with 13 points.

On Friday, the Boston Celtics won big against the Orlando Magic 124 to 97. Jaylen Brown led the way with 21 points, Jeff Teague with 17 points, and Marcus Smart had 14 points. The Milwaukee Bucks won a close game against the Dallas Mavericks 112 to 109. Giannis had 31 points, Middleton with 25 points, Jrue Holiday with 16 points, and Brook Lopez with a double-double of 11 points and 11 rebounds for the Bucks.

The Mavs had Doncic make 28 points and 13 assists, Porzingis with 15 points and 10 rebounds, and Willie Cauley-Stein had 11 points and 11 rebounds. In an all California showdown, the Los Angeles Clippers won big over the Sacramento Kings 138 to 100. Kawhi Leonard had 27 points, Paul George with 26 points, Marcus Morris Sr. had 18 points and Luke Kennard with 14 points. Sacramento had Marvin Bagley III record 20 points, Richaun Holmes with 17 points, plus De’Aaron Fox and Harrison Barnes with 14 points.

As noted earlier, James Harden was traded to the Brooklyn Nets in a five-team deal that saw Victor Oladipo, Rodion Kurucs, and Dante Exum to Houston, Caris LeVert to Indiana, plus Jarrett Allen and Taurean Prince to Cleveland. In addition, the Rockets received three first-round picks from Brooklyn, a first-round pick from Milwaukee, and four first-round swaps from Brooklyn. In Oladipo’s case, he may not be in Houston for long.

And that was a recap of all that went down during this week for the NBA. There will be more notable games to be covered as the season progresses. 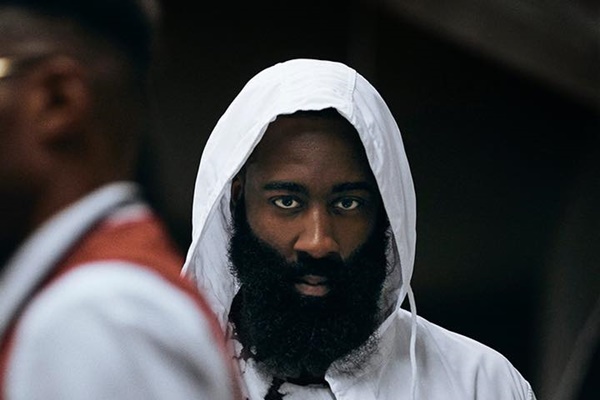