World Number One Ashleigh Barty has made a surprising call to end her career. The 25-year old revealed that she was “absolutely spent” and “physically I have nothing more to give”.

She also has a Doules Title with American CoCo Vandewieghe, when they won the US Open in 2018.

And a Gold medal at the Tokyo Olympics, with John Peers.

Not to mention her 15 singles and 12 doubles Titles on the WTA Tour.

She further revealed on social media that the decision to quit was to also  “chase other dreams”.

“I’m so happy and I’m so ready. I just know at the moment in my heart, for me as a person, this is right,” She added.

“I know that people may not understand it. I’m OK with that. Because I know that Ash Barty the person has so many dreams she wants to chase after that don’t necessarily involve travelling the world, being away from my family, from my home, which is where I’ve always wanted to be.”

In winnning the Australian Open, she became the first Austraian to win the home Slam, since Christine O’Niel in 1978.

She also has the fourth longest reign at the top of the WTA rankings with 114 weeks, behind Martina Navratilova(156weeks) and Steffir Graf and Sareena Williams, with 186.

“I am so thankful for everything this sport has given me and leave feeling proud and fulfilled,” added Barty, who also won a Grand Slam doubles title alongside American CoCo Vandeweghe at the 2018 US Open. “I know how much work it takes to bring the best out of yourself. I’ve said it to my team multiple times, ‘I just don’t have that in me any more.’ Physically, I have nothing more to give. I’ve given absolutely everything I have to this beautiful sport of tennis, and I’m really happy with that. “For me, that is my success. Thank you to everyone who has supported me along the way. I’ll always be grateful for the lifelong memories we created together.”

Stars and former players have given their tributes to the three-time Major Champion.

What a legend. Incredible inspiration on and off the court. One of the best human beings I’ve ever met. Our number 1! Best of luck

An incredible tennis player but more importantly one of the nicest people on tour. Congratulations @ashbarty on an amazing career and good luck with what’s next!

Happy for @ashbarty, gutted for tennis, what a player.

Like everyone else my reaction is one of huge surprise. But I don’t think we really will see Barty playing tennis again. There was a feeling in the sport she would always be a player who retired young. No-one saw it coming at 25 though. Wimbledon was the main goal, the Australian Open was the icing on the cake. We should remember she has taken a break from the sport before, to play cricket primarily but also because she had been suffering from depression and homesickness. You can never say never but she said she wanted to enjoy the next phase of her life as Ash Barty the person, rather than Ash Barty the athlete.

It may be the end of the road for Ash Barty, but she has definately made a mark, not just in women’s tennis, butt women’s sport as well.

For more on Ash Barty’s retirement, visit World in Sport. 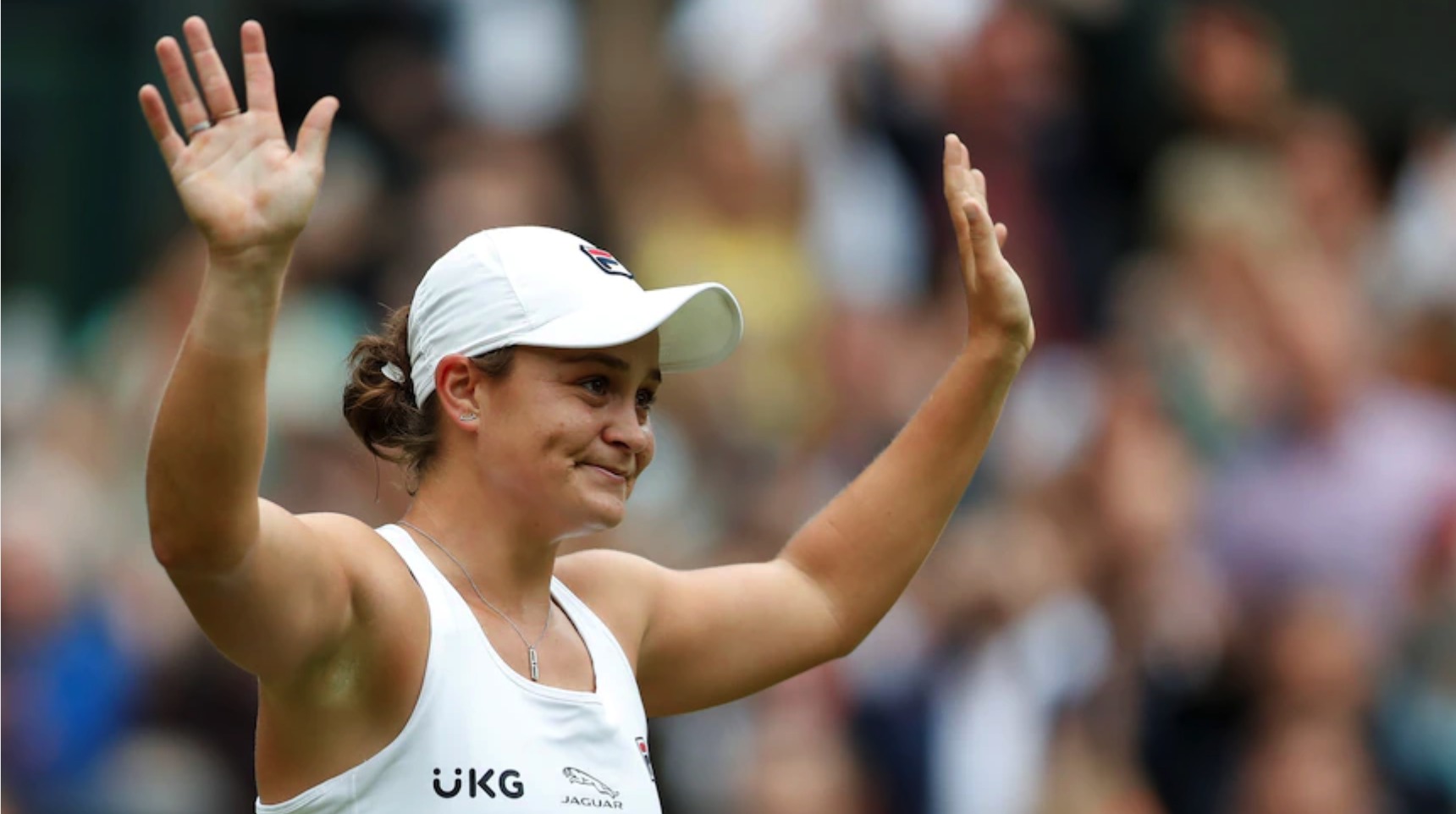