If you’re a fan of the Boston Celtics, you probably either hate the Celtics General Manager Danny Ainge, or you love him. Now, clearly Ainge know’s what he’s doing. Because he signed the Big 5; Ray Allen, Kevin Garnett, Paul Pierce, Rajon Rondo and Kendrick Perkins. But then some people might think he’s crazy for trading all of them. After the 2008 World championship, the Team started to fall apart. It all started when Kendrick Perkins got traded in February of 2011.

Perkins went to Oklahoma City thunder, and the Celtics got Jeff Green and Nenad Krstić. Jeff Green is one of the Celtics best players on the team right now. Then the Celtics lost Ray Allen to the Miami Heat. At the time that Allen went to Miami, they were a championship team. Allen went to Miami in the off-season of 2012. He rejected an offer of 12 Million Dollars for a 2 year contract from the Boston Celtics. The off-season after the Celtics lost Star Shooting Guard “Ray Allen”, they lost the coach that lead the team to a championship, “Doc Rivers”.

Doc left the team in June 2013, to coach Blake Griffin and the Los Angeles Clippers. Doc Rivers was the Celtics coach, but he was just as important as a player. He knew every player’s weakness and strength. He knew how to coach the Celtics. He was the key part to the 2008 Championship. Then, just a few days after the Celtics lost Doc Rivers, they also lost the two best players that were still on the team.

They was Kevin Garnett and Paul Pierce.

Celtics manager Danny Ainge traded Pierce and Garnett to the Brooklyn Nets in 2013 in exchange for Gerald Wallace, Kris Humphries, MarShon Brooks, Kris Joseph and Keith Bogans. They also got 3 first round picks (in 2014, 2016 and 2018).

Then just recently the Celtics lost the last man from the 2008 Championship team, “Rajon Rondo”. Rondo is a big loss for the team. Not only was he the Captain on the court, but he was the leader on the court for many seasons. It was Rondo’s job as a Point Guard to set up and call the plays.

So as you can see, Danny Ainge has made some good and some bad moves for the team. But just remember, the Celtics do have some first round draft picks. It will probably be sometime, before we’re a championship contending team again, but once 2018 that will be the Celtics Season for another championship. 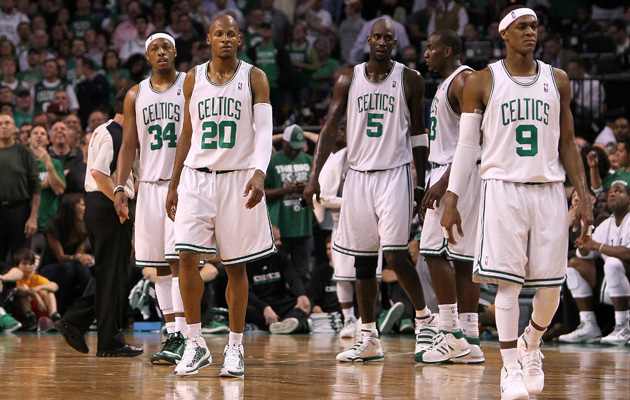