The organization of the Bulls don’t want to hear that they’re in year 2 of a rebuild after the trades that sent All-Stars Derrick Rose and Jimmy Butler away and neither does Jabari Parker.

“Did I even have the ball a lot?” Parker asks about his final days in Milwaukee. “I had to learn to play off the ball. I don’t mind now.”

Parker is still upset about how it ended in Milwaukee. He had heard about the news that broke about how he didn’t like coming off the bench and how it damaged his relationship with the team. “I’ve never had an answer for why I didn’t play,” Parker says. “People say it’s my attitude. But who would have a good attitude when you thought you should be in there?”

The Bulls are hoping that Jabari will turn that into motivation for next season as they look to rebound from a 27 win season filled with lots of injuries and questionable decision-making. Parker has the potential to bring defense, playmaking and basketball IQ that could benefit a young team still trying to learn each others tendencies and develop chemistry.

They already know who the main piece of this team is, Lauri Markkanen who surprised them with his mentality. Robin Lopez saw it in training camp. “He didn’t back down from anyone,” Lopez says. “He has such a wonderful mentality for a young guy.” The coaches saw it when he scored 33 points at the Garden and then three days later, missed an open 3-pointer that would’ve given the Bulls a lead against the Pistons with 1:10 left to play, only to nail the game-winner later on.

The Bulls took a huge risk in order to get this core by dealing Jimmy Butler to the Timberwolves in exchange for Kris Dunn, Zach LaVine and the rights for Lauri Markkanen which at the time, looked like a bad pick that left many Bulls fans scratching their heads wondering what the Bulls saw in him that made them move up nine spots to get him. It later turned out that they made the right move by acquiring not just a shooter but someone that can play defense and spread the floor as well as his off-ball presence can cause defenders headaches. However, they still had to try to be bad enough next season to acquire another solid piece in which Nikola Mirotic tried to sabotage them with a solid run in December thanks to his excellent shooting.

However, the Bulls were still able to add a solid piece in Wendell Carter Jr via the draft. His abilities to make plays in the post and protect the rim as well as making things happen around the perimeter make him a perfect partner for Markkanen in the frontcourt. If Carter can provide a reliable bridge to get Chicago’s offense into halfcourt, it won’t matter as much if Dunn, LaVine or Parker don’t turn out as an alpha dog who can make quick connections.

It took a lot of difficult tough decision-making from the front office to make this happen. They gave up Jimmy Butler who is a top-10 to 15 player in the league and still in his twenties. That is a player that teams tank for or try to rebuild for. The problem was that the Bulls never found Butler a second star player post-Rose. They struck out on Carmelo Anthony in 2014 and opted for Pau Gasol. Did they have to spend the money? No, they didn’t but there weren’t many reliable options in 2015 that would help them out which led to them panicking for Gasol and also led to having no cap room the following summer.

In 2016, they had a lot of cap room. However, so did every other team in the league thanks to the cap spike. Chicago played out that summer well by choosing not to add middling superstars who were chasing 30% max contracts such as a Mike Conley or a Hassan Whiteside. However, they could’ve done a lot better than adding Rondo and D-Wade. They could’ve kept the cap space that they had open, taken on dead money and acquired an couple picks in the late 20s.

They could’ve also just kept the team that they had with Butler, Mirotic, all their own picks and cap room to acquire big-named free agents in 2017 or 2018. Now only time will tell if either doing this or tearing it all down for a rebuild was the smarter move as most people seem to think the latter was the better idea. Unfortunately, everything went wrong that very next season as Butler and Hoiberg didn’t gel and they realized that keeping what they had would lead to long-term mediocrity and no direction towards a championship. Sure they had the cap space but they had struck out on so many free agents in the past, was it even worth it to keep going? They chose not to give Jimmy Butler a supermax and deal him for three prospects which I still say to this day was the right move as keeping what they had would’ve led to many more first possibly second-round exits.

This new team is very unpredictable. No one knows when exactly this team will contend or how many of these players will be left when they do  compete again. The best prediction is that this team does as well or a little better than the Jimmy Butler and Mirotic team except are many years younger and have a lot better of a young core. The only way this team can accelerate what they are doing even more is if one of the players on their starting 5 hit All-Star level or MVP level.

The Bulls made some smart moves this summer. While LaVine and his offer sheet from Sacramento came in a little higher than expected, it would’ve been ludicrous if the Bulls chose to walk away from LaVine after only a year as he was the most coveted piece in the Jimmy Butler trade. Jabari Parker was also a smart move as it’s a win-win situation. If Parker plays well in his first year, they can accept his second year team option and be slightly overpaying or they can decide to decline his team option if he doesn’t play well and create more cap space. All in all, the Bulls are a very intriguing team and it’s going to be fun to see how this team does next season. 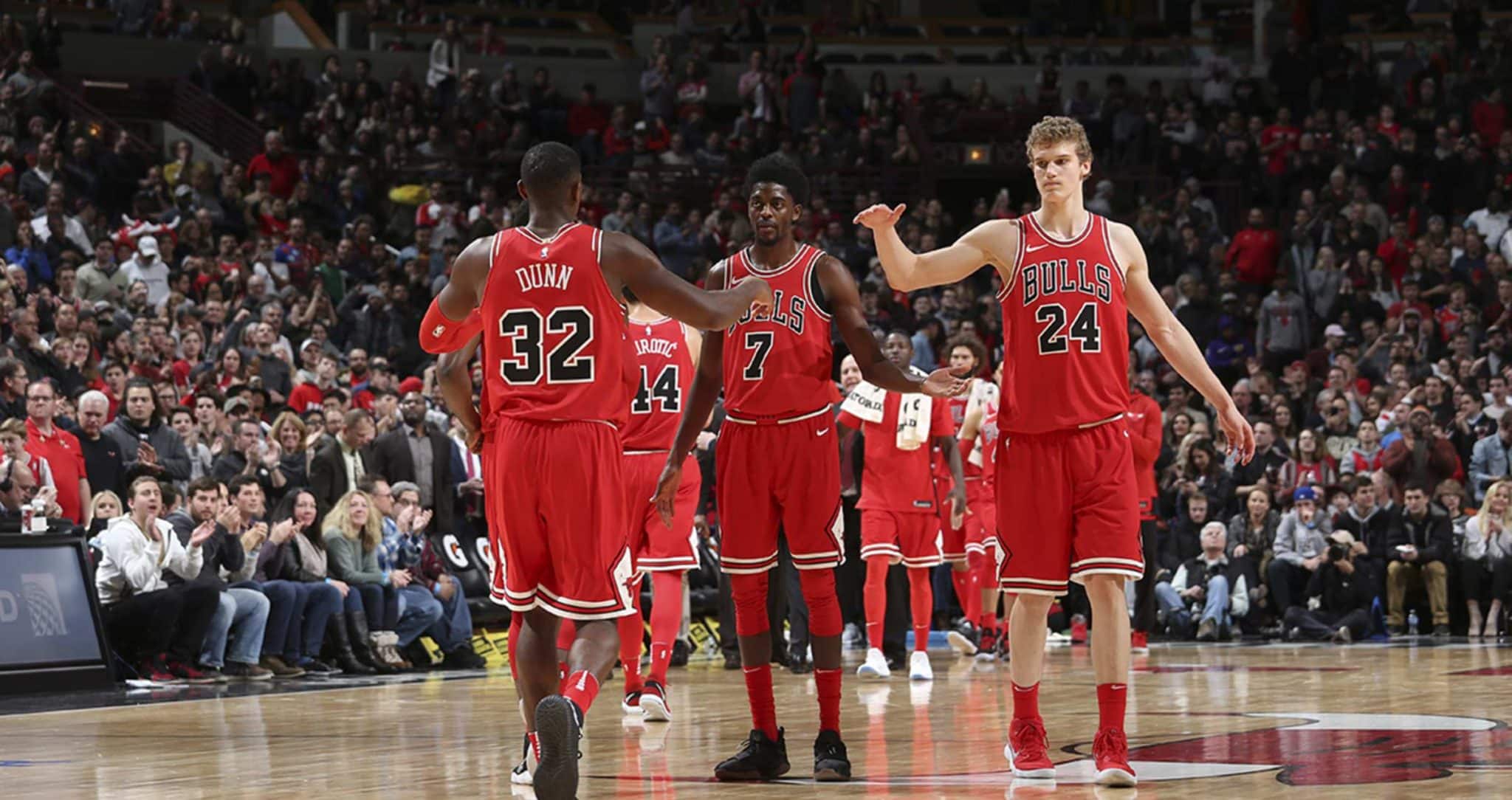