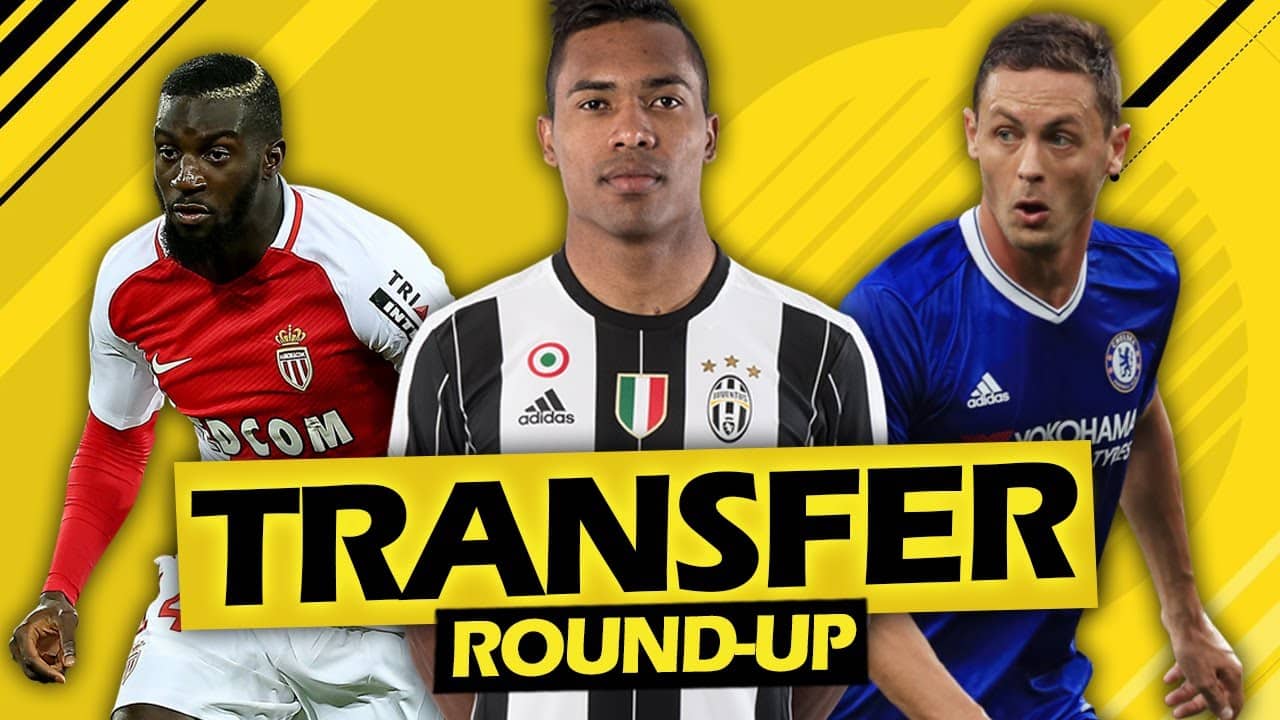 Hello and welcome to the transfer roundup of this week. As always we have some crazy transfers and plans made by the clubs. So without wasting any time further, let us begin!

Juventus have just turned down a €60 million offer from Real Madrid for Miralem Pjanic, according to Tuttosport.

Real Madrid is still looking for a midfielder who can fill the void if Modric leaves and they want to make their midfield much stronger. It looks like Los Blancos have to look somewhere else as Juventus has no intentions of selling their star midfielder Pjanic. They will be looking to sign a great player who can play as their playmaker and the next destination looks like Bayern Munich. The former Barcelona star Thiago Alcantara is considered to be the next top target for Real and soon they will be in touch with Bayern Munich.

Man Utd’s star player David De Gea’s contract is going to expire at the end of this season.

Both Mourinho and Manchester United are confident he will sign a new contract soon. The Red Devils are expected to increase his current wage by a large margin and sign him for a long-term contract. De Gea currently earns £180,000 a week and is said to increase it to £350,000 according to The Sun. It is still way lesser than his other Man Utd teammates such as Sanchez and Paul Pogba.

Paris Saint Germain are looking to land Christian Eriksen from Tottenham Hotspur for a huge amount of £100 million, according to Express.

The Ligue 1 champions are in need of a good attacking midfielder and will hope this Danish star could well be it. Eriksen is yet to sign a new contract with Tottenham and this seems to be the best time for PSG to get their target. Many other big teams are also behind him and are waiting for the right time to sign him.

If Spurs sell Eriksen now they will not be able to sign a new player until the next January transfer but it just looks like Pochettino will opt for the huge amount which PSG is ready to give. Tottenham has been the only team this summer who has not reinforced their team with any new signings and they also opted against selling any of their players.

Luka Modric’s agent has revealed that Inter Milan is interested in Modric and the Real Madrid midfielder is excited by the idea of playing for the Serie A side, according to Goal.

Recently, Ronaldo moved to a Serie A side Juventus and it seems like his old teammate Modric could also land there soon. Since this World Cup, Modric has been a major target for many clubs because of his amazing form for Croatia. After Zinedine Zidane and Cristiano Ronaldo’s exit, Modric seems to be the next star to move out of Real Madrid.

Barca will sell Dembele for £71million

Barcelona is prepared to sell Ousmane Dembele if Paris Saint-Germain makes a good offer for him, according to The Sun.

Barcelona recently brought in Malcom, so the position of Dembele in the playing eleven is in doubt. He wants more play time and he will switch to a different club if he gets a chance. PSG are currently the favorites to sign him as they have already given a few bids to Barcelona but Barca is asking for a minimum price of £71 million for the transfer to proceed. Will PSG agree to £71 million is the only question which remains.