On Sunday night May 30th, the fastest growing wrestling promotion in the US puts the world on notice again, when AEW presents Double Or Nothing live on pay-per-view.

Many storylines and heated blood feuds will draw to a climax in what promises to be a night of awe-inspiring professional wrestling. Double Or Nothing will be one in the books for the wrestling purists, but a headline-grabbing extravaganza. After immense hype and months of build, we now ask ourselves what exactly do we think will happen at AEW’s Double Or Nothing.

A wrestling promotion’s big pay-per-view event is one common occurrence for the Single’s World Championship match to main eventing the show. However, I don’t think that will be the case this Sunday Night. On the past few episodes of Dynamite, the Single’s World Title picture hasn’t featured as the show-closing angle, neither has the build for the match been exceptionally hot. The Double Or Nothing event has been AEW’s calling card for their show of the year. Thus the main event match needs to highly anticipated match, a match where we can see a seismic change in the landscape of AEW and for me, that is the World Tag Team title match between the champs the despicable Young Bucks versus the badass brawlers of Jon Moxley and Eddie Kingston.

This match will prove to be a classic. We have two pompous brothers who are arguably the best tag team in the world, up against two best friends who will put their life on the line for each other and put up a fight to the bitter end. The crowd will be at a fever pitch for this contest. There will be an emotional battle, in-ring excellence, and a very possible title change, for all these reasons I believe these four men will be in the main event of Double Or Nothing.

The Inner Circle breaks up

AEW’s longest-running faction, five men who have been together since the inception of AEW Dynamite, will put everything on the line on Sunday Night. The Inner Circle will compete in a Stadium Stampede match against the treacherous Pinnacle lead by MJF. When you want to talk about blood feuds it doesn’t get much bloodier than this 10 man war between the Inner Circle and the Pinnacle. What started with the slimy MFJ trying to break up the Inner Circle from within, turned into MFJ forming his own powerhouse faction. This led to a hard-hitting slugfest inside blood and guts, where the Pinnacle took the win after MFJ threw Chris Jericho off the top of the cage.

Now we are at Double Or Nothing, where I believe this feud between the two top factions in AEW will end. The stipulation for the match states that if the Inner Circle loses they must disband. The Inner Circle has had a great run, but there comes a time when a faction has runs its course. About 18 months together and some amazing feuds in their pocket, but the Pinnacle’s time is now. They are fresh, they attract mega heel heat, and they need to prove that the Pinnacle truly runs AEW on Sunday by putting the Inner Circle in the ground.

Britt Baker has been on a meteoric rise ever since her lights-out match with Thunder Rosa on AEW’s St. Patrick’s Day Dynamite special, mid-March this year. Though Baker lost, it was a star-making performance, and the world for the first time may have realized Baker is ready to put this AEW Women’s division on her back.

The current women’s champion Hikaru Shida has had a great year reign with the belt. Shida has been champ under the most difficult of times and shined a bright light on Women’s wrestling in AEW, during the pandemic. But the doctor must not be denied. Yes, many believe this result is predictable, but predictable isn’t always bad. Britt Baker as the AEW women’s champion is the right move, on the stick, she is amazing, in the ring she delivers, and as a character, Britt is killing it. On Sunday Night, at AEW’s Double Or Nothing, we need to see Britt Baker leaving Jacksonville, Florida with women’s world title around her waist, as the crowd roar those three money letters, D – M – D. 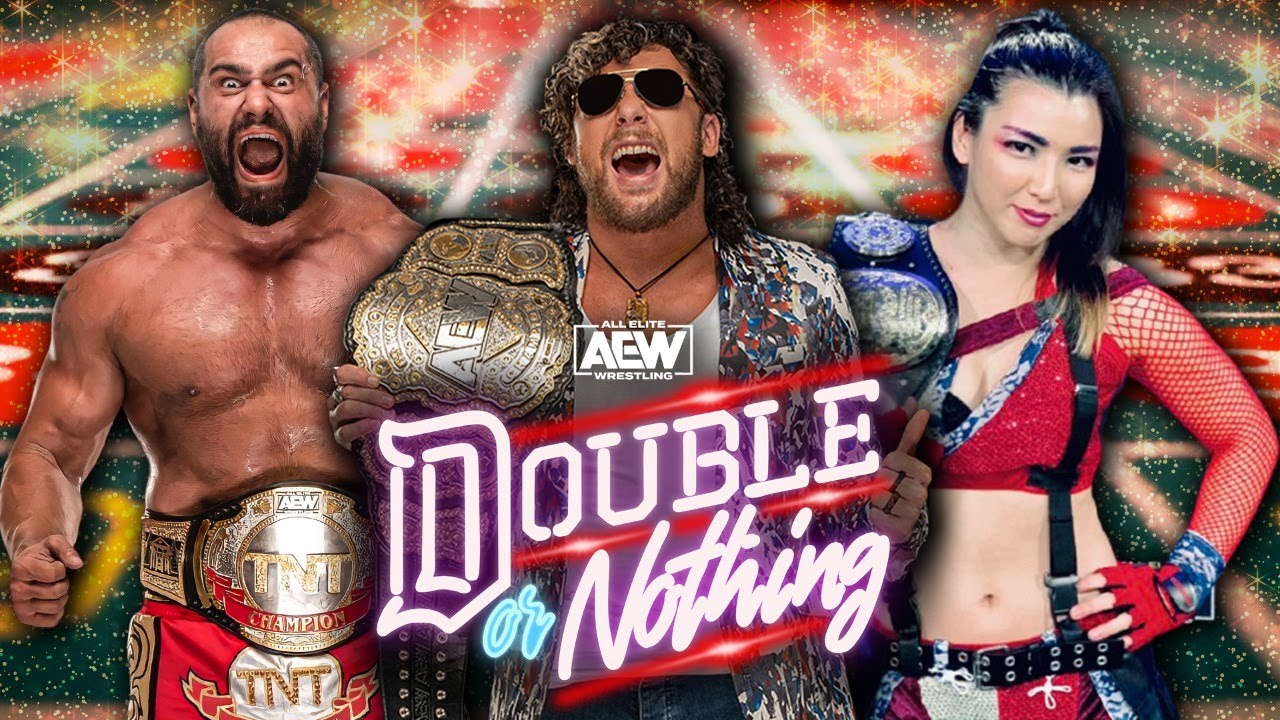