Chelsea has stepped up in their pursuit for Bayern Munich defender Niklas Sule, according to The Athletic.

Tuchel signed an 18-month contract when he was appointed as the Chelsea head coach, which included the option clause for an extra year. It’s highly likely that the Blues will take up the option after the Germans achieved solid form both domestically and in Europe.

The Blues are currently sitting in the Top 4 of the Premier League table, in the FA Cup final, and are also in the UCL semi-final against Real Madrid. No one will bat an eyelid if they end up winning a trophy and a solid Top 4 finish which will be a remarkable achievement considering how badly they were struggling when Tuchel took the reigns from Frank Lampard.

The German Coach has laid solid foundations regarding their organizational structure and defensive prowess. He currently sets up Chelsea in a 3-5-2/3-4-3 formation which provides solidity at the back and brings results too but this formation disables his team to go on an all-out-attack. They currently are very average at creating quality chances and when they do so the prolificity is not there.

Even though Havertz and Werner’s performances have been better since the coming of Tuchel, but still they are a long way from prolific enough.

Chelsea’s club hierarchy are planning to back Tuchel in the transfer market. A self-imposing well-rounded centre-back has always been a top transfer priority in the Germans’ head since arriving at the London club and Niklas Sule of Bayern Munchen is in his good books having overseen his development at the Bavarian club from afar when he was at Dortmund.

Tuchel demands his centre-halves to play out from the back and Ball-playing to maintain the domination of play, Sule is a perfect fit with his pass success rate of 90.7% the third-best in the Bundesliga this season. Playing centre-half for Bayern in itself is not easy, playing accurate long balls and maintaining a high line is a compulsion and if you lose the ball to a winger or striker then you need to have recovery speed and have to time the tackles to perfection.

He times his tackles well, averaging 1.9 tackles per 90  at a tackle success rate of 81.6%in the Bundesliga this season, and is rarely dribbled past just 0.4 times per 90. Sule has the recovery pace and hardly gets beaten in a 1v1 race even if gets beaten he makes sure that this doesn’t result in a goal-bound shot by thwarting the winger sideways and making the angle acute.

The Germany International is also an intelligent reader of the game as he averages 1.3 interceptions per 90 and his positional awareness is another key reason for Chelsea’s interest in the 25-year-old. His calmness on the ball is also understated as he is currently playing 3 accurate long-balls per game. He is also aerially imposing and commands his area.

It is due to his pace and versatility that Bayern sometimes plays him as full-back too.

The only downside to this transfer is his recurring injury issues which kept him out of the team for long spells of the season. He has only once completed over 20 games a season for Bayern since arriving from Hoffenheim in 2017 and he gets the stick from the Bavarians for his fitness issues.

As we know that Bayern has signed Dayot Upamecano from RB Leipzig the board thinks it’s the right time to move on from Sule if the right price comes around. He is marked at c according to Transfermarket. But with only one year left to run on his contract and the player himself expressed his desire to play in the Premier League his value has to be depreciated and anything near £25-30m would be too attractive for Bayern to reject.

The current Chelsea centre-halves roster contains some very good defenders such as Christensen, Rudiger, Zouma and veteran defenders such as Azpilicueta, and Thiago Silva. With Silva’s contract up in the summer and Azpi’s miles off the pace he has in his prime Chelsea days, due to ageing, It looks like a sensible option to add a solid defender to the roster.

And given Sule’s versatility and ability to play as Full-back or Right-sided centre-half in a back-three, it’s a no-brainer for the Blues and many would take him as a potential long-term successor to Azpi. The german core is there at Chelsea with Toni Rudiger, Havertz, Werner all German Internationals, it wouldn’t take much time for Sule to settle in the Premier League.

The pairing of Toni Rudiger and Niklas Sule is an exciting one to watch for the fans and this signing can potentially lay foundations for a superb Title charge next season.

Let us know in the comments below, Should Chelsea sign Niklas Sule or not? 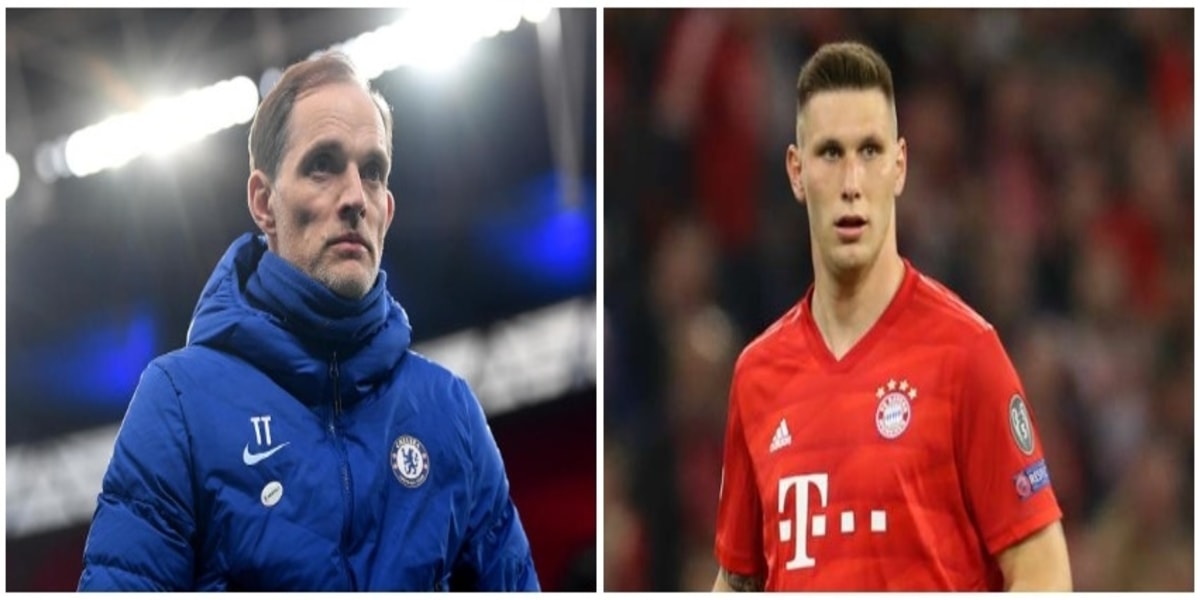