This week saw the Quarter Finals of the Champions League come to a head, and on Tuesday evening it was the turn of Chelsea, Porto, PSG or Bayern to see if they could claim a place in the last four of the competition, Chelsea and PSG held first-leg lead so could they finish the job and hold onto those leads after this evening, let’s find out…

The Blues held a 2-0 lead from the first leg after goals from Mason Mount and Ben Chilwell six days ago in Seville, and with two away goals as well many felt Chelsea were in total control of this tie, but could Porto, now the away team back in Seville, fight back and give Chelsea something to worry about?

Porto’s high press in the first half certainly put the Blues under pressure, and although Porto saw plenty of the ball in the first period, they did not create much with it as they came up against a resolute Chelsea side. It had been a scrappy game thus far and lacked action of note, but that suited Chelsea who were getting closer and closer to that semi-final against either Real Madrid or Liverpool.

This game was only the second match in this season’s Champions League that saw neither side muster a shot on target in the opening half, would that change in the second period? Porto needed to find the net twice at least to prolong this tie so they had to continue to press and try and break down a stubborn Blues backline.

Porto continued their high press and was throwing more and more men forward to find that elusive goal, and in doing this almost got caught twice by Chelsea but survived, Porto then brought on Mehdi Taremi to try something different, and it almost worked when he had their first attempt, but Chelsea continued to hold firm.

It had been pretty simple for Chelsea if the truth had been told, they kept Porto at arm’s length for most of the game, but late on Porto did manage to win the game thanks to Taremi who produced something quite magical to break the Chelsea defence down, pulling off an incredible overhead kick, but it was too little too late for the Portuguese side who bow out at the quarter-final stage.

Chelsea does go through then and will face Real Madrid of Liverpool in the last four, Real have a two-goal lead from the first leg, Thomas Tuchel was a runner up last season with PSG, could he go one step further this time around?

This tie was a repeat of last year’s final, and if this second leg in Paris was a good as the first leg in Munich, then we would be in for a treat after a very entertaining encounter in Germany last week, PSG hold a slender advantage after a 3-2 win in a game where Bayern had 31 attempts on goal but did not have their shooting boots on, whilst PSG had theirs and took their chances when they came along. Could the holders turn this one around?

Initially, it looked a bit like the first leg, Bayern having plenty of the ball and testing the PSG backline, whilst the home side where pacey on the breakthrough Kylian Mbappe and Neymar, however, PSG then had a decent spell and Neymar, who was having a terrific game so far, had two golden chances to put his side ahead, first curling a lovely effort against the bar, and then finding the post after a wonderful PSG move.

And Bayern punished them for those misses when they took the lead late on in the first half as ex-West Brom and Stoke forward Eric Maxim Choupo-Moting, who is in for the injured Robert Lewandowski, bundled home a header after Keylor Navas could only parry a David Alaba effort back in front of goal, and Bayern had that all-important goal and was now just one goal away from turning this tie around. It was on a knife-edge going into the second half.

One goal from either side could change this tie, PSG had the best chance early in the second period, but Neymar just could not get on the end of an Angel Di Maria cross after more exhilarating football, but thereafter Bayern began to take control of possession as PSG looked like they were starting to retreat into a defensive shape and soak up the Bayern pressure and play on the counter when they could. You could sense the nerves in the hosts camp as the minutes ticked down and they got ever closer to a semi-final spot against either Manchester City or Borussia Dortmund.

PSG gave warning to Bayern when they broke and sent Mbappe clear to smash home, although the French striker had strayed offside, but the visitors knew that was the risk they had to take as they threw men forward in the search for the goal that would take them through, and they certainly heaped plenty of pressure on that PSG backline who were defending for their lives as time ticked down.

It had been a herculean tie this one over the two legs, but PSG managed to hold on and knock out the holders of the Champions League in away goals, they will take on either Manchester City or Borussia Dortmund in the last four, City holds the advantage after the first leg in that one. 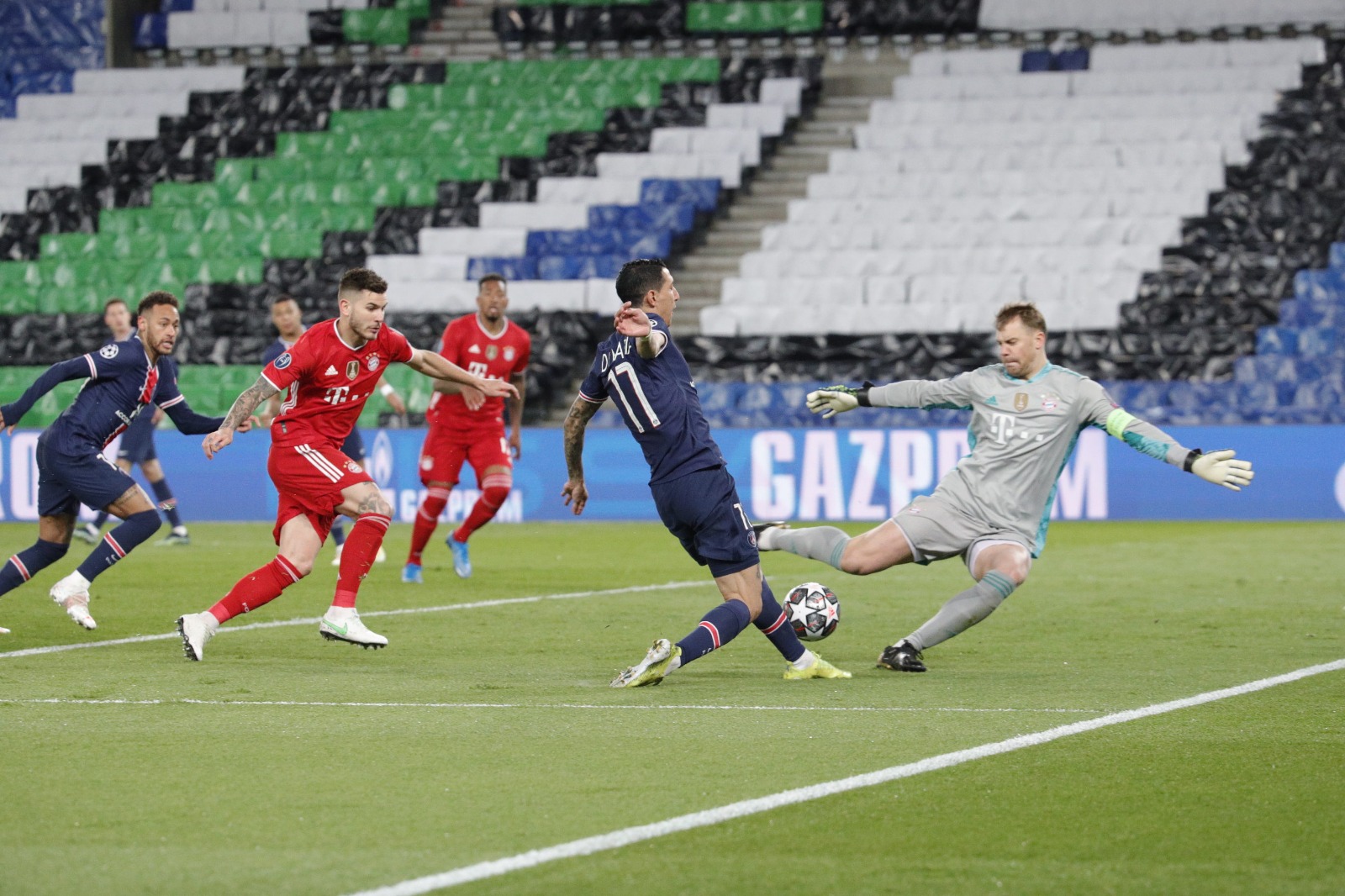